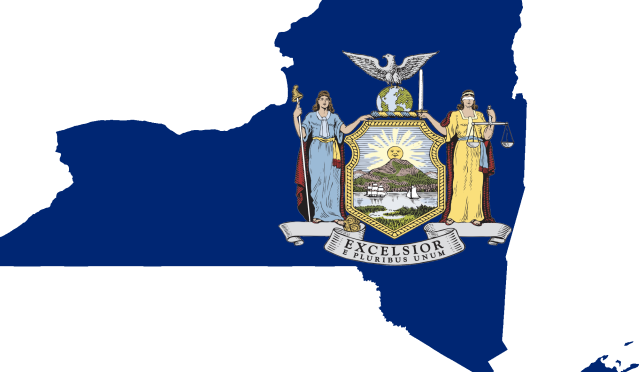 The New York law infringes on the rights of non-marijuana users and those who are allergic to marijuana.  A few months ago, a pot smoker pushed a woman whose husband asked him to stop smoking onto the tracks of a New York subway station. It was the type of violent reaction expected of a marijuana smoker, not a tobacco smoker.   Pot users going violent or psychotic in densely-populated places will cause terror.

New York could have learned from the mistakes of other states and lessened the blow of legalizing pot by eliminating home grows and putting in potency caps. Home grows, as allowed in states like California and Colorado, are magnets for crime. A week ago, six thieves broke into a marijuana house near Long Beach, California. They were shot by the homeowner, and two men died.

The home-grow allowance is one of the reasons that the illegal marijuana market grows after legalization. Marijuana means money and everyone wants to get into the game. Would-be marijuana dealers can do it in their basements and avoid surveillance. Home growers strain the electric grids and drive up prices for the public, or even steal electricity by tapping into energy sources illegally. The New York residents who were caught growing in Massachusetts after having $10,000 electric bills will no longer need to move to other states.

The New York law allows six home-grown plants. Home grows allowances tie the hands of law enforcement. Police may not conduct searches if neighbors complain of the stench or observe questionable activity in the neighborhood.

Of course, the home grows were going on before legalization, but now New York made it easier.  Fire Captain Michael Fahy was killed in 2016 while fighting a fire at an illegal marijuana growhouse in the Bronx.  His state senator voted in favor of marijuana legalization.

The 3-oz flower and 24-gram concentrate possession limits are outrageous.   Our science experts calculate that:

Equity and “social justice” provisions in the bill amount to gaslighting

Both the New York and Virginia bills claim to set aside licenses for minorities, to bring about equity for communities hit hard by the “war on drugs.”  Huge corporations, including tobacco companies, are buying up marijuana companies and they soon will monopolize the industry, except for the home grows.

When polls say people want legalization, the people want marijuana decriminalized, not commercialized and promoted. The people don’t want the corporate model. Nor do they want neighbors growing smelly, skunk stuff and drug dealers buying up multiple homes — both of which will become the reality.

The New York law allows only six home-grown plants, but to law enforcement, there will be no difference between two plants and 40 plants.  Already in most of the United States, the smell or presence of marijuana has become an excuse to let people go.  It happened two weeks ago when a speeding driver in Houston killed a woman and her three children.  Police had stopped him for speeding 30 minutes earlier and discarded his marijuana, but they couldn’t determine that he was impaired.  New York passed it’s law with no good ways to determine THC-impairment in drivers.

Three years after legalization, 80 percent of the marijuana sold in California goes to the illegal market.  Meanwhile, minorities in California who try to get into the industry go broke, as regulators shut them out.   What makes New York think it can do better?

With New Yorks’s ongoing population loss, one wonders why these politicians would consider such a costly policy.  New York’s new budget calls for an $18 billion increase.

Tax revenue from marijuana sales would cover the costs of administering the program. After that, 40 percent of any remaining dollars would go to a community reinvestment fund, 40 percent would support the state’s public schools and 20 percent would fund drug treatment facilities and public education programs.

The point of 20% for treatment? The legislation enables more people to become addicted then puts them in treatment with revenue raised from the new people who become addicted.  It’s a law that creates (or worsens an existing problem) to solve a problem.

The US gave up the War on Drugs years ago, but the drug lobby still pushes the false narrative which gets so much political mileage.