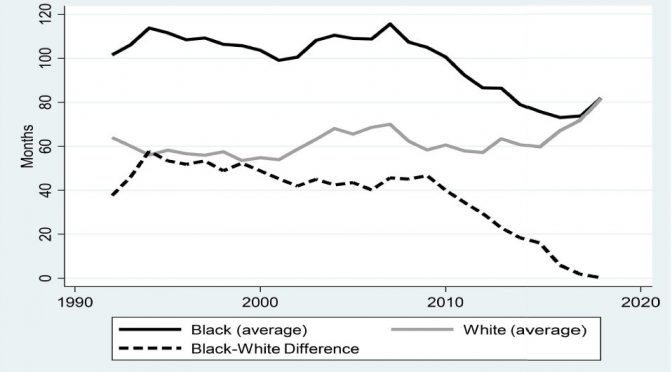 The good news comes from a study finding that the inequality in sentencing between blacks and white drug offenders has gone down to zero.  That conclusion was published March 15, 2021, by Oxford University Press on behalf of the University of North Carolina at Chapel Hill.  The study covers the years between 2009 and 2018, and it studied the federal court, rather than state court, system.

The bad news comes from the impacts of increased cannabis potency.  Support in Colorado and Washington for potency limits is growing.  Although previous attempts failed because of the pot industry’s power, this year the potency caps may pass.

The following information comes from a government report issued March 2021, by The United States Senate Caucus on International Narcotics Control, signed by Senators John Cornyn and Dianne Feinstein was sent to all senators. On page 17, the 58-page Senate publication reports on “THE IMPACTS OF INCREASED CANNABIS POTENCY:

“Tetrahydrocannabinol (THC) concentrations, or cannabis potency, have increased dramatically over the past three decades. According to a peer-reviewed study, in the 1990s, the average THC concentration in illicit cannabis plant material was about four percent. By 2014, that figure had tripled to about 12 percent. Today, the average potency of THC in cannabis products sold in dispensaries in the United States is between 18 and 23 percent, and the price per serving for most product types has decreased in certain states, making it potentially more accessible

“According to the Drug Enforcement Administration (DEA), cannabis concentrates, a highly potent form of THC that often looks like honey or butter, can be up to four times stronger than the THC found in top quality cannabis flower, and ranges from 40 to 80 percent.  Such concentrates are typically used in cannabis infused foods, beverages, and e-cigarettes.

“At the same time that potency and availability are increasing, so too is daily or near daily cannabis use. Nationally, between 2009 and 2018, among those 12 and older who reported using cannabis in the past 30 days, the percentage who used daily or almost daily increased by 18 percent. By 2019, an estimated 13.8 million Americans were using cannabis daily.”  (To find the sources, we suggest you go to the original report and check the footnotes.)

Other topics in the report include concerns about vaping, driving and the increase in youth use of marijuana.

Although discrepancies in sentencing between blacks and whites can make for a skewed system of justice and bring shame to the US, no one can claim any longer that it happens because of drug laws. Eliminating mandatory minimums and closing the gap between crack and cocaine sentencing helped to bring about the change. Although the public cannot access the study, an Abstract explains the findings:

“Racial inequality in sentencing has decreased substantially over the last decade. In 2009, the average sentencing difference between black and white defendants in federal court was nearly 3 yrs. By 2018, this difference was less than 6 mos. Among drug offenders over this same period, the black–white gap went from 47 mos. down to zero. Yet, even though racial inequality in the legal system remains at the fore of sociological discourse, these developments remain conspicuously under-evaluated and the underlying processes driving these changes remain unknown. This article fills this gap by applying longitudinal decomposition methods to US District Court data between 2009 and 2018. 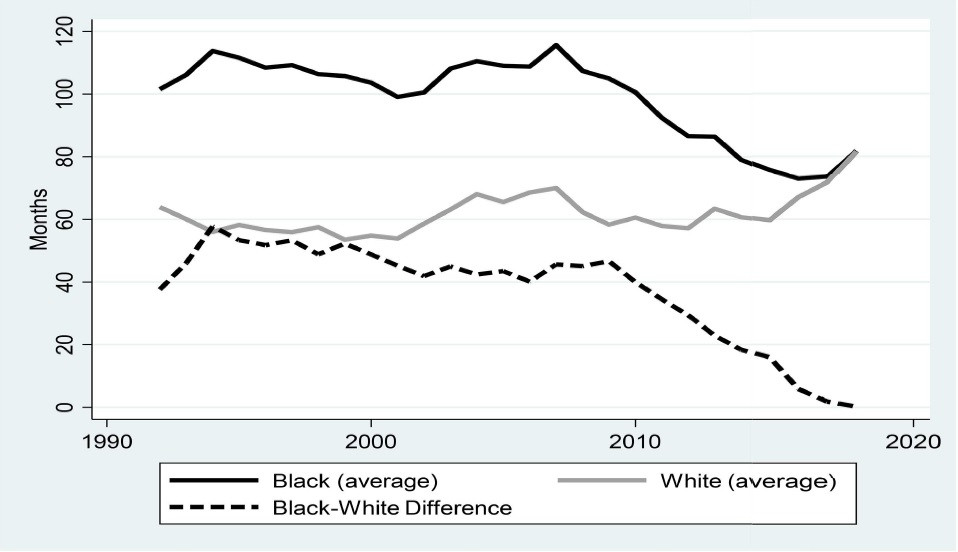 “Three notable findings emerge. First, the declining racial gap was driven, in equal parts, by decreasing black sentences and increasing white sentences. Second, black and white sentences became more equal almost entirely due to changes in observable case characteristics and not due to changes in the treatment of offenders. Third, shifts in the prosecutorial use of mandatory minimums played a critical role in decreasing black–white sentencing inequality.”

The author of this study, Michael T. Light, Associate Professor of Sociology and Criminology at the University of Wisconsin, has successfully studied other misunderstand claims about the criminal justice system.  He thanks Grace Li, Makena Meyers, and Samantha Zeid for their assistance with this article.

We should strive for a color-blind system of justice but stop claiming that prosecution of drug crimes drive inequality of justice.  Blaming the drug war is an easy target, but, as many people now admit, you can’t blame mass incarceration on the war on drugs.  When people promote leniency for “non-violent” drug crimes, they’re usually referring to drug dealing which is not a victimless crime.

Mandatory minimums are going away and more people are entering the game of drug crime. However, people still pretend that drug use is harmless and that governments use drug laws for the sole purpose of harassing people.

Drug use victimizes the users and the public, with horrendous results.  Legalization brings legitimacy and normalization of drug use. Those who want to legalize drugs offer no alternatives for ending the violence and crime triggered by drug use. They minimize or deny the brain damage caused by cannabis and other drugs.