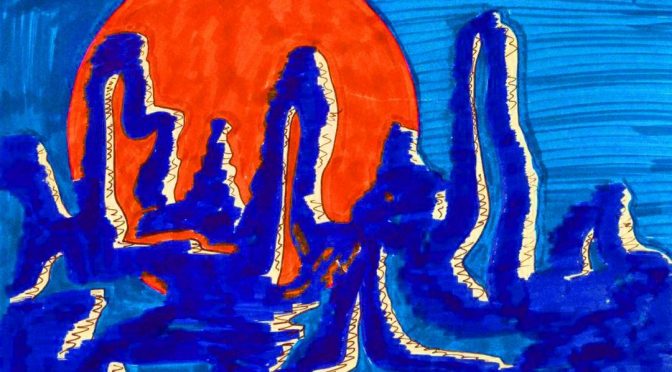 As far as I’m concerned, those who claim that marijuana is harmless don’t know what they’re talking about.   Also there’s a misconception that only the stronger pot of today is dangerous.

What you don’t know is that I became addicted to marijuana in my early 20s, and suffered a psychotic breakdown shortly after my 25th birthday. Ever since then I’ve struggled with mental illness, especially depression with frequent thoughts of suicide. I’ve survived these decades by determination, a loving wife, years of therapy, and maximum doses daily of two separate antidepressants.

I had this fiery sphere in my head and couldn’t bear to look at brightly colored paintings or psychedelic album covers, because it felt like they were reaching out. I was so agitated that I was lucky to get four hours of sleep at night. Out in public, I controlled all this by force of will, and extreme concentration, which rendered me practically catatonic, and the effort left me in a state of constant exhaustion.

The only good that came out of this was that six months after the breakdown, I became obsessed with jazz. The focus diverted my attention away from the agony in my mind. And that is why I am here. Every gig, especially when I perform original work, is a victory and gets me closer to the person I could have been.

I hung on through this period by telling myself over and over, “Things will get better.” I also had a tolerant, supportive wife, Jane Lamar-Spicka (1947-2005). It took ten years, but this initial distress gradually ebbed, particularly the agitation and paranoia.

For decades now, I have struggled with mental illness, depression, paranoia, and daily thoughts of suicide. With therapy, I slowly improved over time, but the big breakthrough occurred when I began antidepressants in the late 1990s, two actually, one at full dosage and the other even higher than the recommended dosage. Even so, it’s a daily struggle, but at least I’m free of the enveloping darkness.

That’s why I support these organizations

I belong to three national organizations whose mission is to make people,

“Smart Approaches to Marijuana” is headed by Kevin Sabet, who formerly worked in President Obama’s office of drug policy. SAM makes sure doctors, victims like myself, AAA, and law enforcement are present to testify as to what is occurring nationwide.

“MomsStrong” has personal stories from parents, siblings, and sometimes the victims themselves, about marijuana’s negative effects of loved ones lives. It was co-founded by Lori Robinson, after her marijuana addicted son killed himself. Just like me, he developed severe depression, as do many others.

“Parents Opposed to Pot,” keeps up with news about marijuana’s negative impacts. It has victims’ testimonies and a list of children who have died as a result of marijuana.

I have my own Marijuana Links page, where I have incidents and research divided into categories, such as: Children, Accidents, Mental Health, Environmental Impact, etc.  https://georgespicka.weebly.com/marijuana-links.html