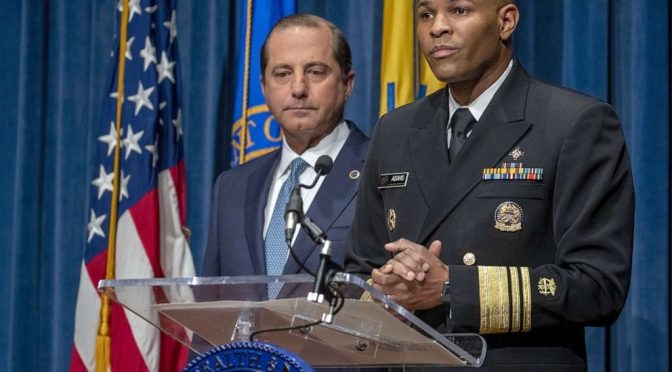 For their long- term mental health, the U.S. health officials advise our children to stay away from marijuana. There’s no safe amount of marijuana for adolescents, young adults up to age 24 or for pregnant women because of the risks this drug poses to the developing brain. For the mature adult brain, one or two glasses of beer once a week will not lead to a long-term problem.  The same cannot be said about marijuana.  No one can guarantee that one joint a week is safe.

A book released in 2009 popularized this misconception with youth.  While 65% of the adult population drinks and only 5% use marijuana, of course alcohol causes more car crashes and deaths.  When the public’s use of marijuana gets closer to the amount of alcohol used, the tables will turn.

Dr. Elinore McCance-Katz emphasized that more 18-24-year-olds suffer from mental health issues, more than ever before.  This age group uses lots of marijuana; pot use may trigger or even compound these issues.

Marijuana is more harmful to the brain, particularly the young brain, than alcohol.  Parents Opposed to Pot knows of deaths from marijuana, such as when it triggers heart arrhythmia, severe cannabis hyperemesis syndrome or suicide.  The mechanisms are different from overdoses of opioids or alcohol, because marijuana doesn’t cross the brain stem.  Yet in many ways marijuana is far worse than alcohol and opioids.

Link to Full Text of the Surgeon General’s Advisory