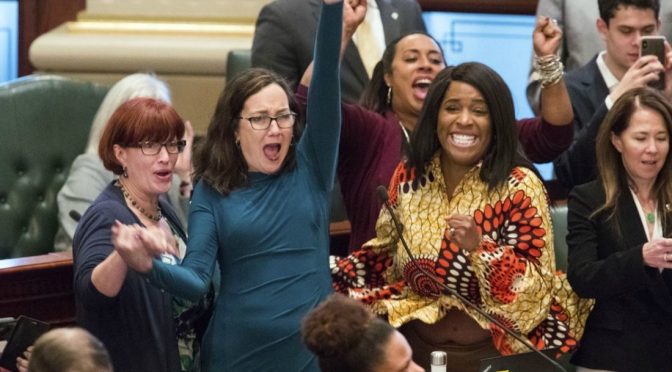 On May 31, Illinois became the first and only state to commercialize marijuana through state legislature.  Governor Pritzker hopes the state can raise money this way.  The legalization bill passed on the very last day of the legislative session. The law goes into effect January 1.

Other state legislators looked at facts and figures, and rejected legalization this year.

Illinois go against public sentiment, according to poll

Only  23 percent of Illinois residents supported the full legalization of recreational marijuana, in a poll of November 2017.

It’s ironic for a state with a relatively low percentage of marijuana users, compared to other states.

However, those who use pot in Illinois cause a lot of trouble.   Back in 2014,  Brian Howard smoked a bowl full of marijuana and started a fire at Air Traffic Control, holding up planes at Chicago’s two airports for a week.  Another disgruntled employee, also a marijuana user, shot and killed five people  in Aurora, Illinois, on February 15, 2019.

Illinoisans oppose marijuana even more than the rest of the nation, according to the poll from late 2017. Sixty-nine percent  supported other options such as maintaining the current decriminalization law.  Pollsters interviewed 625 registered voters in Illinois by telephone, making the margin of error plus or minus 4 percent.

The marijuana industry had trouble recruiting “patients” for the “medical” marijuana program in Illinois, so it needed to create a big splash. The Marijuana Policy Project seized the opportunity to make inroads, initially calling their campaign “Safer Illinois.”

How legalization passed in Illinois

The legislative sponsors, Sen. Heather Steans and Rep. Kelly Cassidy, campaigned for legalization for two reasons: 1) Prohibition hasn’t worked and 2) to make the drug safer for the small portion of people in Illinois who use the drug.  There is no evidence that legalization resolves the problem of pesticides, fungus, mold and heavy metals that are found in high volume, industrialized cannabis.

Although the Illinois NAACP rejected legalization, some politicians said that legalizing the drug could repair harms caused by the “war on drugs.”

Steans and Cassidy, both parents, showed an amazing unawareness of how expanded marijuana use affects children. Cassidy wrongly claimed that youth pot use goes steadily down after legalization. 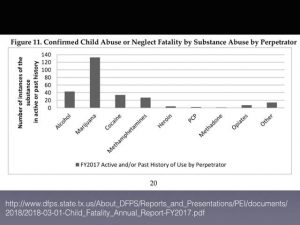 Loopholes in the bill

The Illinois bill allows for pot smoking in bars and public places, an exception to the Smoke Free Illinois Act of 2008 which banned smoking in public buildings.  The Chicago Sun Times spoke to conservative Sen. Scott McClure: “If [the sponsors] had told me that you can smoke cannabis in public places — including bars, restaurants, etcetera — I would’ve definitely voted no,” says McClure.

The bill didn’t have any solution for protecting the public from marijuana-impaired drivers.

Last year on June 30, a Cook County Forest Preserve employee drove under the influence of marijuana and killed Joe Gazzano.  Prepare for more lawsuits that will come as a result from Illinois’ blatant disregard for public safety.  A state that’s in the red just sent itself further down a sinkhole; residents who can afford high taxes may move out of state.

Although the bill has social equity provisions, they’re very flawed, and they won’t bring about the desired goals.

On July 3, the Chicago Tribune published an editorial suggesting that parents will be the ones to fight against marijuana.