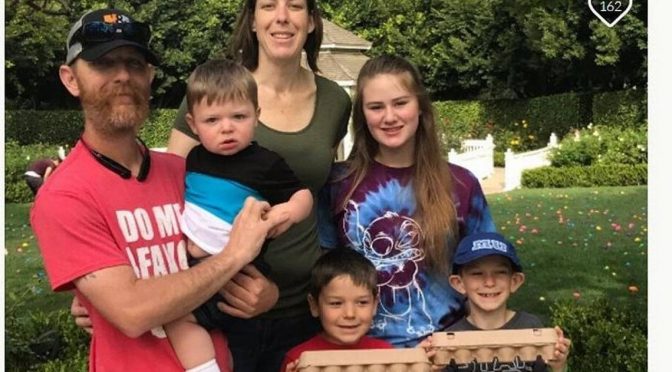 Joseph Bresnyan, a 40-year-old father of four, was changing a flat tire along Interstate 80 near Sacramento on May 3.  A passing motorist drifted onto the shoulder of the highway,  struck him and killed him.   California Highway Patrol arrested the other driver on suspicion of driving under the influence and vehicular homicide.   He tested positive for THC, the active ingredient in marijuana.

Californians approved pot legalization last November, but the impaired driver didn’t realize that driving after smoking is dangerous.  The public shares much of this ignorance and technology has not caught up with policy.   Law enforcement is scrambling to find good ways to test for and control stoned driving, but they haven’t found a solution.

The real tragedy is that the children miss their father terribly, and Joseph’s death left their mom a single mother.  She is now raising LeighAnn, 15, Colton, 9,  Gage, 6, and Jaxson, 2, without  him. Joseph played an active part in his kids’ lives, as a family photo in Disneyland last April suggests.  He never smoked, drank or used drugs.

There were 3,335 marijuana-related U.S. driving fatalities in 2016.  As the percentage of marijuana positive drivers in fatal crashes edges toward equality with alcohol, the public is rising up in anger.

Alfred Crancer, Alfred Crancer and Associates, San Francisco, and Phillip Drum, PharmD, issued a press release with comparative analysis.    Marijuana impairment now comprises 24.2% of the fatal crashes in states that have legalized marijuana.  That figure competes with the 28.7% of fatal crashes involving alcohol impairment.  The eight states that are included in this statistic are AK, CA, CO, MA, ME, NV, OR and WA.

The number of DUI alcohol drivers who also used marijuana is probably even higher than is reported.  Only 40% of drivers were tested for alcohol, and about 30% were tested for drugs.  Once police know alcohol contributed to a crash, they often don’t test for other drugs. 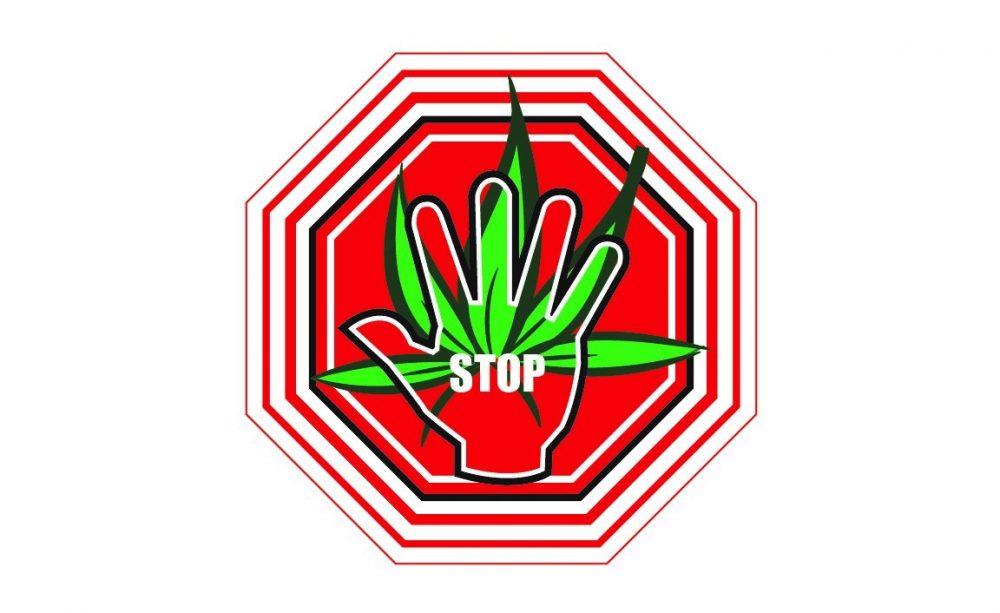 In DUI marijuana-positive fatal crashes, 34% of those who died were people other than the marijuana driver, compared to 9% for DUI alcohol drivers. Marijuana fatal crashes more commonly occur before and after normal work hours, as seen in the past years Fatality Analysis Reporting System (FARS) data.

Another recent report stated that “drugged” driving outpaced drunk driving as the cause of fatal crashes for in 2015.   That happened for the first time that year, but we can expect the trend to grow as legalization of pot grows.

All traffic deaths increased 16 percent during this period, and it’s easy to suspect that marijuana legalization contributed to the rise.

Colorado experienced 608 traffic deaths in 2016, and, of these, 147 traffic deaths, involved marijuana in some way.  It was not always the driver who tested positive for THC, but could have been a cyclist or pedestrian. In a total of 147 marijuana-related traffic deaths, the tally shows:

California has refused to pass bills to regulate stoned driving, perhaps because of the power and money of industry lobbyists. The State  Assembly blew off multiple attempts to protect the public by implementing per se THC limits, in both 2013 and 2014.  This year, Senator Jerry Hill introduced a joke of a bill which creates the same “do-nothing but protect pot user” law in Colorado which sets a rebuttable presumption at a level of 5 ng/ml THC.  Fortunately, this bill has been tabled. This exact same law allows users in Colorado to not receive any penalty while driving impaired due to marijuana.

Now the state plans to open commercial marijuana stores in January, without laws to stop drivers high on marijuana.   Karla Salazar, 18, died last Sunday, October 22, because a  driver under the influence of marijuana crashed into her from behind at a stoplight.

Legalization states have failed, and so Congress will have to pass laws to stop driving under the influence of cannabis.  We should study what worked to lessen the impact of drunk driving, and now turn our attention to marijuana.  For more information on marijuana-impaired driving fatalities, call Alfred Crancer, 925 324 2093.

Part 2: The next step is to change attitudes about stoned driving.

Marijuana Policy Project promoted marijuana as an alternative to alcohol in the 2012 campaign to legalize pot in Colorado.  However, the recent Rocky Mountain HIDTA Report revealed the overlap between those who use marijuana and drink before driving.   It’s not a substitution, but an adjunct to alcohol.  The alcohol industry has been selling more since legalization.

Marijuana Use Adds to Alcohol Problems

Marijuana users obviously mix and match marijuana with alcohol and other drugs.  They also minimize the risks of driving under its influence. Timothy Barnette, 19, drove impaired when he killed another driver, Nick Hart, 22.   At sentencing, he said, “From the bottom of my heart, I am sorry.”

He continued: “I had no idea how much of a risk I was causing to the public while driving under the influence.  I wish I could go back in time knowing what I know now so I could try to change things.”  Barnette, like many pot users, mixed marijuana and Xanax, even when driving, but had  no idea it was dangerous

The idea that marijuana is somehow safer than alcohol has fooled people, so we must change attitudes.  In a few tragic cases, drivers

refused the opportunities to drink alcohol, but they had used marijuana.   Kristina Garza and Stephanie Nicole Proffitt died because they rode in the car of their boyfriends who had toked.

Two more studies,one about teens and one about adults, prove the widespread ignorance of the dangers of driving while high.

One third of those surveyed thought that driving under the influence of marijuana is legal in states where it’s recreational.  More than 20% of teens reported it’s common among their friends. The study also found that parents’ perceptions were not much different.  Of the 1,000 who took the survey, 27% said it’s legal and 14% said it’s common among friends.

The Colorado Department of Transportation also conducted a survey.   It showed disturbing trends in the adult population of Colorado.   The survey revealed that 57% of people who reported using marijuana drove within two hours after consumption.  Participants who reported consuming and then driving said they did so on 11.7 days a month.

By comparison, 38% of respondents who drank alcoholic beverages reported driving within two hours of consumption. They did it on 2.8 days a month.

The Colorado Department of Public Health and Environment reported in their 2016 Monitoring Health Concerns Related to Marijuana in Colorado that there is substantial evidence that delaying driving at least 6 hours after smoking less than 18 mg THC (8 hours after oral ingestion of less than 18 mg THC) allows THC-induced impairment to resolve or nearly resolve for users who use infrequently, less than once a week.  For those who use pot more frequently or higher THC pot, these guidelines do not apply and they should consider not driving at all.

If stoners brag about not getting into accidents, they should remember that speeding doesn’t cause accidents most of the time. Their luck may run out at some point.  Driving under the influence of marijuana significantly impairs motor coordination, judgment and reaction time.

Mike Sample, lead driving safety expert and technical consultant at Liberty Mutual, in a release. “It’s important for parents and teens alike to understand the importance of not smoking marijuana and driving to help keep everyone safe on the road.”