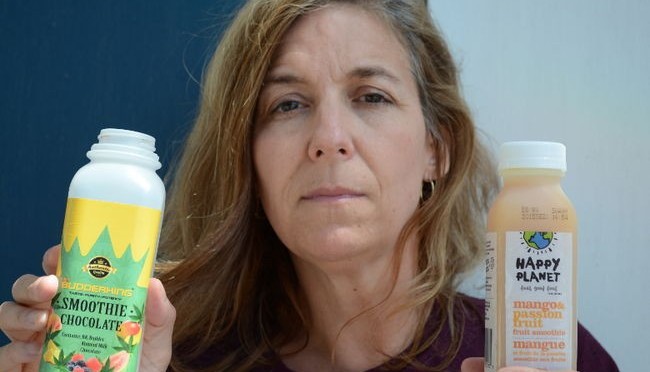 I was cleaning my fridge last Saturday and found a bottle of chocolate smoothie that was placed by a family member.  I drank it because it did taste good. The label looked just as same others so I did not pay close attention to it. About an hour later, I started to feel a bit dizzy. It steadily got worse and saw constant flicking lights.

My body started to float around. I realized that something is seriously wrong and thoughts flashed through my head: Is it a stroke? Is my brain? Am I going into shock? I was afraid to fall asleep because I didn’t know what it was. I was crying with confusion. To make matters worse, I was alone in my home. I struggled for nearly ten minutes in trying to text 911 and my friend because I had couldn’t focus. I screamed repeatedly for help. It was a major battle to be able to communicate of what was going on. At that time, it seemed that I was in full blown delirium and disconnected with everything around me. I had no sense of time. I hardly felt anything even with pokes of needles and so on. I went through a battery of tests and a CAT scan at the ER. It took four hours for the delirium to go away and had a feeling of being hung-over for a few days. In the end, the diagnosis was high levels of THC in my bloodstream.

It all pointed to two ounces of that chocolate drink that looked really delicious yet deceptive.   Nowhere on the bottle were the words marijuana, cannabis, or THC. Instead, the label listed BK Budder as a main ingredient.

I did some research about marijuana edibles and my conclusion is that many people are unaware of the dangers of marijuana edibles being far more potent than smoking it. This issue itself is of grave concern to public health and awareness is urgent.

The “family” member who left the chocolate drink laced with THC in my fridge is my 22-year-old daughter. She claims that her marijuana use is legitimate because she got the “medical pot “license.  All of this is a sham and her pot history goes back to when she  started smoking weed at age 16.

Editor’s note: This story is from Vancouver, British Columbia. Some other stories of marijuana edibles: The 420 Bar; Maureen Dowd’s marijuana edibles experience, a father who ate his daughter’s brownie, the father charged in daughter’s sickness and a mom’s article in the Washington Post.  We also note the deaths attributed to marijuana edibles, including Luke Goodman.  The Center for Disease Control (CDC) issued a report on the death of Levy Thamba.   Sign up below to get email updates on our blogs and stories.