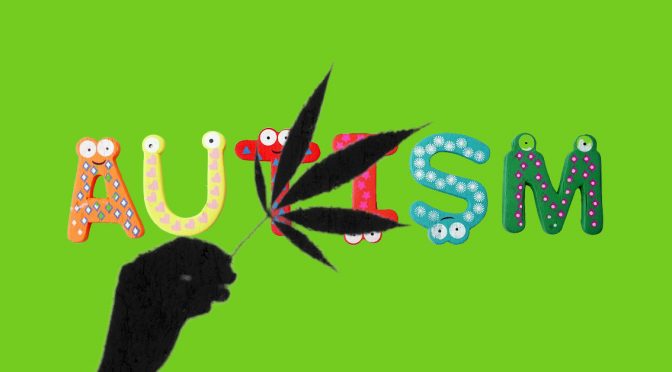 On December 19, 2021, Dr. Sanjay Gupta presented on CNN a program about Marijuana and Autism, a program that begs a response.

Most of the program concentrated on one Texas family and their daughter with an extreme form of autism.  Their daughter, now a teen, was born very prematurely and has suffered for years.  Based on the recommendations of a neighbor, the parents found that marijuana use can stop their daughter’s self-injurious behavior.  (We sympathize with the girl, the parents and their very difficult situation.)

If THC can stop a brain that’s misfiring so easily, one begs to ask what cannabis can do to a brain that isn’t damaged?  END_OF_DOCUMENT_TOKEN_TO_BE_REPLACED 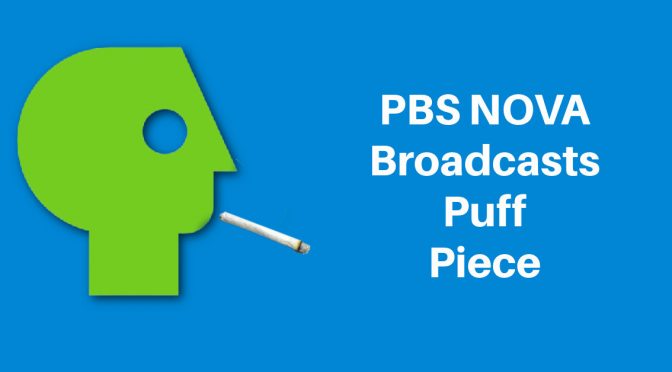 NOVA PBS The Cannabis Question Fraught with Conflict of Interests – Soros and Koch influences over program downplay the harms of cannabis.

This bias breaches the public trust in PBS and NOVA. “It is well established that marijuana can cause psychosis, ” explains Aubree Adams, Director of EveryBrainMatters.org, a project of PopPot.org.

END_OF_DOCUMENT_TOKEN_TO_BE_REPLACED 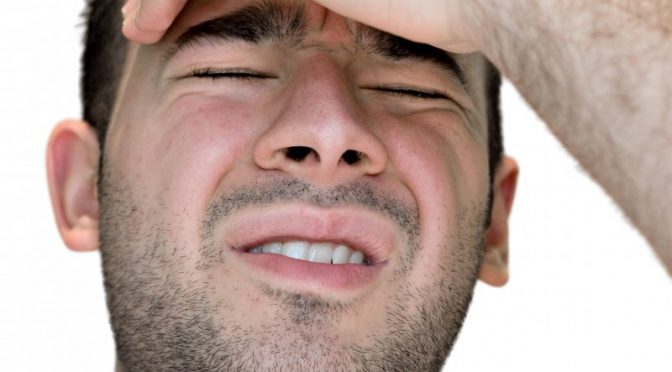 Is Marijuana Use for Pain Driving Negative Societal Effects?

Pain is the most common diagnosis associated with marijuana being recommended for medical use 1. With more states moving towards accepting marijuana use for medical purposes, there is a call from the medical and scientific community for more research and
evidence that it actually works for common pain conditions.

Out of the top 20 medical diagnoses presenting to the primary care physician nationally, there are only 3 that are associated with a painful condition 2: spinal disorders (i.e., lower back pain), arthropathies and related disorders (i.e., knee arthritis), and abdominal pain.

There were no other pain diagnoses in the top 20 diagnoses which present to the primary care physician for treatment, including cancer pain or neuropathic pain.

What does the medical literature tell us about the use of marijuana for pain? In 2011, The British Journal of Pharmacology released a paper looking at the use for cannabinoids for the treatment of chronic non-cancer pain 3. They narrowed a broad literature review to only 18 trials with a total of 925 participants. Most of the trials reviewed studied neuropathic pain (72%), including HIV neuropathy, in multiple sclerosis (3 trials), and single studies looked at arthritis or chronic spinal pain. There were only 4 studies which looked at smoked cannabis and in neuropathic pain only. Six studies evaluated synthetic cannabinoids (Dronabinol, Nabilione) for pain (off-label use).

From these trials, the average number of patients was 49 with average duration of 22 days, some of which were one week long. Despite their conclusion that cannabinoids may be helpful for chronic non-cancer pain, they note there were limitations with small sample sizes, modest effects, and stressed the need for larger trials of longer duration to determine safety and efficacy.

In 2015, the Journal of the American Medical Association (JAMA) released an article on cannabinoids for medical use 4. Chronic pain was assessed in 28 studies, involving 63 reports and 2454 participants. 13 studies evaluated nabiximols (not available in the US), 4 for smoked THC, 6 evaluated synthetic THC, 3 for oromucosal spray, 1 for oral THC, 1 vaporized cannabis. The majority of studies looked at some form of neuropathic pain or cancer pain. Two studies were at low risk of bias, 9 at unclear risk, and 17 at high risk of bias. Studies generally suggested improvements in pain measures associated with cannabinoids but these did not reach statistical significance in most individual studies. Despite that, they concluded that there was moderate-quality evidence to suggest that cannabinoids may be beneficial for the treatment of chronic neuropathic or cancer pain (smoked THC and nabiximols). Note these are less common pain conditions that present to the physician for treatment nationally. The authors noted an increased risk of short-term adverse effects with cannabinoid use, including some serious adverse effects. Common adverse effects included asthenia, balance problems, confusion, dizziness, disorientation, diarrhea, euphoria, drowsiness, dry mouth, fatigue, hallucination, nausea, somnolence, and vomiting.

In 2017, The National Academies of Science, Engineering, and Medicine released a paper on the health effects of cannabis and cannabinoids 5. It may be important to note that none of the authors had a background in Anesthesia or Pain Medicine. The authors felt the above JAMA article was the most comprehensive and that the medical condition most often associated with chronic pain in that article was a neuropathy and a majority of studies evaluated treatment with nabiximols, which are not available in the United States.

The committee found that only a handful of studies evaluated the use of cannabis and that many of the cannabis products sold in state regulated markets bear little resemblance to the products available for research at the federal level in the United States. They also note that very little is known regarding efficacy, dose, routes of administration, or side effects of commonly used and commercially available products in the United States. Despite that, they still concluded that “cannabis is an effective treatment for chronic pain in adults”.

The above noted papers are all that is available to the public and medical community and are the only information available regarding treatment of pain with marijuana. Despite that, the public has embraced that marijuana can treat all pain conditions and state governments have followed suit, without scientific evidence, and have allowed an industry to prosper on the thin ice of what is currently and scientifically available.

It is important to understand that pain covers a broad spectrum of disorders and pain of different origins does not necessarily respond the same to different medications. It is also important to understand that dispensary cannabis is considered a generic substance without defined or accepted dosing guidelines and will vary in purity as well as potency. It may also contain hundreds of other compounds, some of which may have physiologic activity. Cannabinoids are purified components of the plant which have been isolated in a
laboratory and have more scientific foundation, but are currently not available for study or use in pain conditions in the United States.

Since de facto legalization in Colorado in 2009, there has been a significant increase in public health and safety concerns, which include utilization of the health care system, an increase in adolescent substance use treatment for cannabis, as well as an increase in marijuana related driving fatalities 6. The addiction rates are reportedly 9% in the adult and roughly 18% in the adolescent, which was based on the potency of marijuana nearly 20 years ago. The potency has significantly increased in the past 5 years alone, so we are now in uncharted waters and unable predict the long term effects or addiction rates of currently available, highly potent products, with variable delivery systems.

As the number of medical marijuana patients increased in Colorado, there appears to be a parallel increase in the number of adolescents needing substance use treatment, most often for cannabis. Colorado is now contending with a huge opioid and heroin epidemic and despite the widespread availability of Narcan, does not appear to have leveled off or curb the number of opioid or heroin deaths in the state which continue to rise 7.

Although the concept of using marijuana to decrease opioid use is attractive and there is little data to suggest that may be the case. According to the CDC, the number of drug overdose deaths in Colorado has continued to increase, ahead of the national average 8. The above problems are now landing in the laps of other groups such as law enforcement and mental health providers who are pushing back and are straining their respective resources.

In summary, the problem of increased marijuana use has origin in its purported use for pain, but the medical literature is completely void of evidence for the treatment of common pain conditions with cannabinoids or cannabis. Current medical literature suggests benefit in less common pain conditions, with products not commercially available in the United States, or with synthetic THC, not with dispensary cannabis. The variability of available products changes regularly and their use in medicine, particularly pain, is unproven. The end game is in the court of law enforcement, mental health providers, the medical community, and our educational systems, at unknown societal costs, which are only now
becoming apparent. 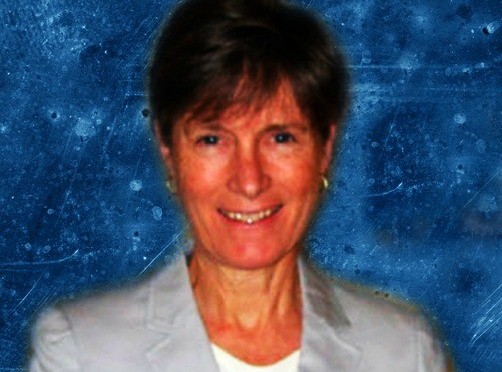 Dr. Christine Miller studies drugs and their impacts on people. In this series of videos from a rally in Sacramento, she
dispels the notion that marijuana is a safe drug.