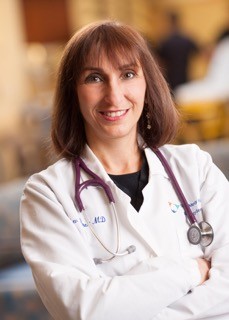 Dr. Roneet Lev  is the chief of the emergency department at Scripps Mercy Hospital in San Diego. She is current president of IEPC, Independent Emergency Physicians Consortium, which represents over 30 emergency departments in California. She served as President of the California Chapter of the American College of Emergency Physicians.  In October 2012, she established the San Diego and Imperial County Prescription Drug Abuse Medical Task Force with the goal of reducing deaths and mortality from prescription drugs, using data to drive change

Lev published research known as “The Death Diaries” evaluating the prescriptions and drugs found in medical examiner cases.  She noted the medical issues from marijuana by her involvement in the opioid epidemic when patients came to the emergency department with cannabis poisoning.  She published a consensus treatment guideline for cannabis hyperemesis syndrome and publicized the word scromiting that went viral. She is a passionate advocate for smart approaches to marijuana.

Dr. Phillip Drum, Pharm. D. received his doctorate in 1986 from the University of California – San Francisco School of Pharmacy.  He performed a pharmacy residency in hospital pharmacy at Lutheran General Hospital in Park Ridge, IL.  He has worked as a Oncology Clinical Pharmacist, Clinical Pharmacy Coordinator, Pharmacy Manager and Consultant specializing in patient safety and pharmacy training programs.

He has been active in marijuana driving research and education following the tragic death of his sister.