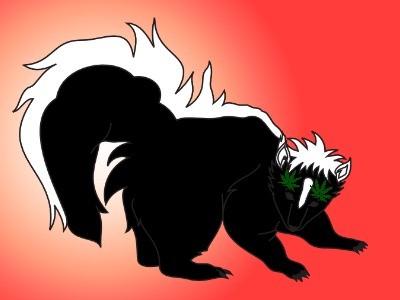 Most marijuana today is skunk, not the weaker strains of the Woodstock era. It is so potent that a study from London showed that one quarter of new psychosis patients over a seven year period was triggered after using marijuana.

Skunk is very different from the less potent marijuana of the 1970s. In fact, it is not even comparable to the pot of 15 or 20 years ago.  Reports from around the country now reveal a  story of mass addiction to marijuana, with only skunk strains available.  Some users go onto other drugs, but others stay fixated on  marijuana — dabbing and vaping for the quick fix.   Some of these teens and young adults are going into psychosis and /or committing suicide.

What is skunk marijuana?

According to Wikipedia, skunk describes cannabis strains that are strong-smelling, and have been likened to the smell from a skunk.  Originally, it referred to a specific strain, or strains, developed in the USA around 1993, from cross-breeding the indica and sativa plants in order to make the marijuana more potent. The term is extended to include all high-THC varieties of marijuana that have 10-15% or more concentration of THC.  Often they are grown in controlled indoor environments, under grow lamps when outdoor conditions aren’t available.

There are over 60 cannabinoids in marijuana, but THC is the cannabinoid which brings on the high and the hallucinogenic effects of marijuana.  CBD, also called cannabidiol, is a cannabinoid, which was fairly balanced with THC in the marijuana of the 60s, 70s, 80s, early 90s.

“Medical” marijuana was introduced in 1996. The growth of medi-pot since that time has encouraged growers to be competitive and make stronger strains.  The same marijuana has been getting into the hands of  children and teens. In short, by genetically altering cannabis plants, the underground chemists have been poisoning young brains.

When the THC is elevated, the CBD is much lower.  To a certain extent, CBD can offset the psychoactive effects of THC.   Skunk doesn’t have enough CBD to offset the THC,  which is one reason why it can bring on the psychosis much faster than it did in the past. 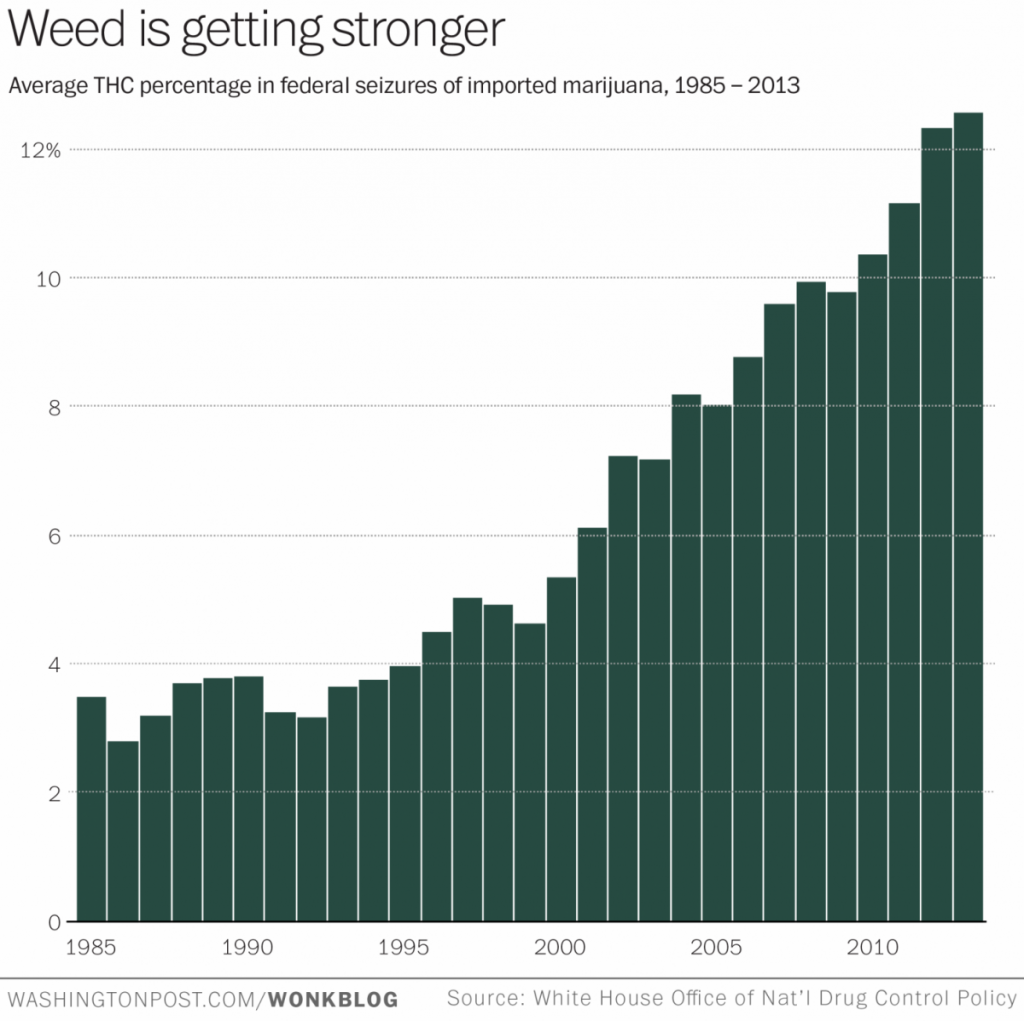 Marijuana activists have perverted the subject and confused the masses by pretending it’s the whole marijuana plants which can help contain epilepsy for children who have seizures.  Dr. Sanjay Gupta had also misled the public in two TV programs in which he did not adequately explain the pharmacology.  Pharmaceutical CBD is an extract, and that is very different from the whole plant.

A study published in the Journal of Psychopharmacology 2 years ago showed that 42 percent of  healthy volunteers suffered psychotic episodes following injections of THC, versus just 14 percent if they received a tablet of CBD before the injection. **

In short, it’s the CBD which is the plant’s own antipsychotic property to balance out the THC.  The high-THC plants of today don’t have it.

The latest Diagnostic and Statistical Manual of Mental Disorders (DSM-V) acknowledges the fact the cannabis users can develop mental health problems directly related to their marijuana use. Cannabis withdrawal syndrome, which is like withdrawal from other addictive substances, is also described in the manual.

Although marijuana activists say that skunk is an advantage since users don’t need as much to get high, the real reason it has been altered is to make it more profitable.  In Washington, Colorado and California, marijuana in the form of food and drinks, has been advertised to have 80-100% THC.  It’s like giving young people grain alcohol for their first drink, instead of introducing alcohol with a glass of beer or a sip of wine. 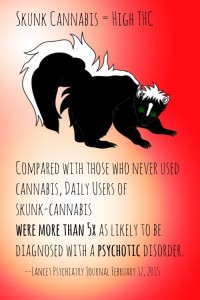 Skunk Stinks so Much

It truly stinks that the pro-legalization movement has framed legalization as criminal justice issue when it is not the issue.

It stinks that the people who promote marijuana aren’t telling people that whole marijuana is completely different from CBD, the derivative which may help some people with epilepsy.

It stinks that they say, “It is not a drug, it’s just an herb.”   Hemlock and ephedra are also natural herbs and they kill.

It stinks that the legalizers claim it never killed anyone when it has left hundreds of thousands of people with disabling mental illness or addiction for their entire lives.  Damaging and wasting young people’s minds may become the horrible legacy of today.

*Although The New Jim Crow: Mass Incarceration in the Age of Color Blindness promotes a claim that people are arrested and put in jail for marijuana alone.  Parents Opposed to Pot doesn’t accept those claims.  If the justice system needs revision, legalizing marijuana and all drugs is the wrong way to go.  The Open Society Institute, funded by George Soros who is the major donor of marijuana legalization, also funded the book.  Vice industries tend to prey on the disadvantaged, and drug legalization would bring mass incapacitation of minorities and young people.

** The link for the study is found in the article, Skunk’s Psychosis Link is only Half of the Story.