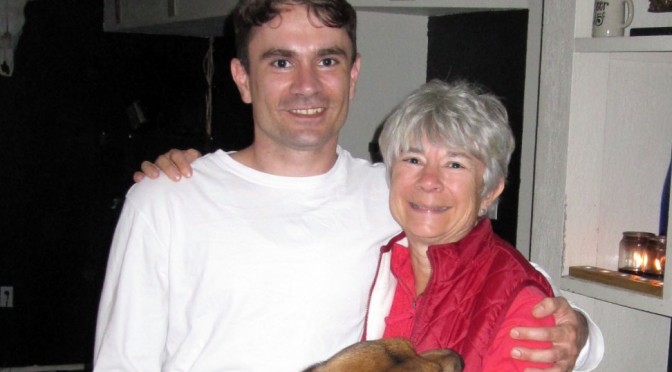 You always seem to hear people say that marijuana is a safe drug because no one has ever died from using it. I’m here to tell you that is simply not true. My 31 year old son Andy died by suicide one year ago this month in Peoria, leaving a note that ended with these words:   “My soul is already dead. Marijuana Killed my soul + ruined my brain.”

I have resolved to carry Andy’s message to every young person and parent I can find to let them know about the real risks and harms of today’s marijuana. You see marijuana has changed a lot over the years. It now comes in cookies, candy and sodas. The THC content which is the ingredient that gets a person high has sky rocketed making it much more dangerous for our children. There has never been a time when science has been more clear that marijuana harms brain development in youth. These studies come from the leading scientists in the nation. They come from Harvard and Northwestern. I find it disturbing that the public is up in arms with regard to cigarette smokers, but allows the marijuana industry to follow the same playbook as big tobacco. Those plays include lying about what’s in the product, hooking new, young users to make a profit and marketing to children.

Marijuana abuse is horrific for the user and the family and friends of the user.  My son hung himself after several attempts at suicide by other methods.  The police did not allow me to see my son the night he died but the image of him hanging in a tree in a hard rain and being cut down into a puddle of mud haunts me and has driven me to learn more about marijuana and its use and abuse.  I am on a mission to Help Andy Help Others and a part of that is to try to help rein in this reckless race to legalize marijuana for “recreational” use. I hope the rest of the moms, dads, grandparents, aunts, uncles, cousins, sisters and brothers join me. I need your help and so do many others who struggle with marijuana addiction like my beautiful son Andy.

Please read a sequel to this story.