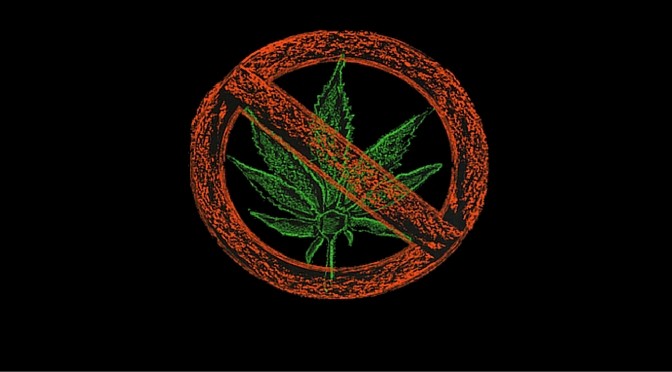 A broad coalition is launching an opposition to the proposed Adult Use of Marijuana Act which Lieutenant Governor Gavin Newsom announced yesterday.  The opposition campaign will wage a robust effort to fight the ballot in the November election.

California has never succeeded in regulating the medical marijuana which was passed to benefit those with terminal illnesses, back in 1996.  Instead, it has become the legal way for any college student who wants to get high to use the drug, if they pay a small fee.  Recently, the California legislature — with blatant hypocrisy — raised the age for buying tobacco to age 21, but refused to raise the age for obtaining medical marijuana cards from 18 to 21. It looks good to be against the tobacco industry, but it’s not hip to be against the marijuana industry.

Under the proposed marijuana ballot, the sin tax on marijuana sold in the state would be 15%, not nearly enough to cover the social problems involved with marijuana, nor to regulate the industry. The sales would be illegal under federal law.   The proposition keeps the tax low, with hopes that there will no longer be black market sales. (Black market sales thrive in Colorado and Washington.)

The initiative’s proponents received financial backing in the amount of about $2.25 million, including $1 million from Napster founder and former Facebook president Sean Parker, and $500,000 from the Drug Policy Action. Parker’s money paid for the collection of 600,000 signatures, of which 365,880 need to be legitimate to qualify.  The measure would allow adults ages 21 and older to possess, transport and use up to an ounce of marijuana for recreational purposes. Individuals would be allowed to grow as many as six plants.

Specific Opposition to the Marijuana Ballot

“Marijuana is a very dangerous drug,” said Scott Chipman, co-chairman of CALM for southern California.  “The state has not proven it has the capacity or the will to properly regulate marijuana and so they won’t.”

“This is bad for our communities.  This is bad for our youth and it’s a broad commercialization (of drugs), a for-profit, money-making model,” according to Ventura Police Chief Ken Corney. Corney is president of the police chiefs association. He said that extremely potent marijuana is being sold in Colorado which will lead to high addiction rates and high incidents of psychosis.

There are a number of loopholes in this bill.  A recent white paper by the San Diego District Attorney’s office points out, “The initiative allows persons convicted of dealing large amounts of controlled substances such as heroin, methamphetamine or cocaine to become ‘legal marijuana dealers.’

Corney said, “This new initiative will specifically allow for convicted major meth and heroin dealers to be licensed recreational marijuana vendors in California. You have to question proponents in terms of placing personal wealth and corporation profits ahead of community well-being.”

Wayne Johnson, long-time strategist leading a coalition of healthcare, labor and law enforcement organizations in opposition noted, “Why on earth would anyone propose this? They were repeatedly warned that they were creating this loophole and they did it anyway. Their motives are absolutely questionable.”

Internal polling conducted by the opposition campaign indicates that California voter opinions on legalization of marijuana have not changed much since Proposition 19 was defeated in 2010 by 7 points. A similar measure in Ohio was overwhelmingly defeated by voters this past November as well.

Further, California voters need only look to recent reports by research institutions like  the University of California, San Francisco that cite “minimal protections for public health”, contained in this proposed initiative. (Link to the UCSF report HERE).