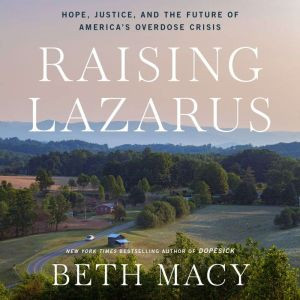 Macy scorns Nancy Reagan and her “cabal of marijuana-hating moms” on p. 77.  But does she realize that the parents movement of 1979-1992 brought down drugs use from 39% of all teens to 14%?   The parent movement, which included black activists, was an exceptional achievement.  We could do the same now, if only  harm reduction were not the primary leg of drug policy.

The journalist correctly criticizes the lobbying power of BIG PHARMA, but she doesn’t seem to know how much BIG MARIJUANA lobbies, too.  Does she understand that the marijuana industry is gaslighting us just as much as the opioid industry was doing in the nineties and early aughts?

Many harm reductionists advocate for marijuana as a replacement drug; it is often the relapse drug which then gets users back to heroin. It also enables repeated drug use by lessening withdrawal symptoms of meth and heroin. She fails to recognize that the expansion of marijuana use fuels the overdose epidemic.

Macy also seems blind to the problems that marijuana users may cause.  If a police officer smells marijuana in a car,  isn’t there a responsibility to stop those who use while driving?  Like many others, Macy seems to believe these efforts are merely racist acts designed to lock up people.

There’s uneven enforcement of drug laws and all areas of our justice system, and in health care.  We must have better education on why not to use drugs in order to get more equitable outcomes in both justice and health care.

Harm Reduction is Good, but it Continues the Overdose Crisis

Harm reduction was initially designed to stop infection by needles and stem the spread of AIDs and Hepatitis C.  Today it depends on drugs to revive people, and lets them overdose again and again.  In other words, it meets people where they’re at.  Harm reductionists think they’re highly altruistic, but we challenge the idea that it’s compassionate to keep people in addiction. Few people start using drugs with the intention to become addicted, or the belief that they will become addicted.

Addicts are victims, and there’s no benefit of denying how harmful drug use and drug dependence are to the individual and to society.

BIG PHARMA makes the overdose antidote drugs. Wouldn’t it be ideal to get away from this reliance on pharmaceutical solutions?

The fact that drug users are worthy human beings is harm reduction in a nutshell, according to Macy.  If that is true, why do harm reductionists not want better for them? When a person has a heart attack, we don’t  just to stop the deaths. Our healthcare system tries to bring the patients into full recovery, encouraging them to make changes around diet, exercise and smoking. There’s no reason why we shouldn’t expect more for drug users.

Harm reduction has become the twin of the drug legalization movement. Today’s harm reductionists scorn the idea of abstinence, dismiss drug courts and encourage replacing one drug with another.  In allegiance to the Drug Policy Alliance, they deny that drug use is dangerous.

Beth Macy seems to have the notion that people must use drugs. She fails to highlight any stories of successful drug prevention efforts. PopPot admits that drugs and self-medication will always be with us, but we strongly advocate for primary prevention.

Macy does not advocate for a one-size-fits-all treatment plan, and we agree.  She criticizes abstinence-only treatments, even though some of her protagonists admit that medicated-assisted treatment doesn’t work for them.  Replacing one drug with another drug often keeps a person mired in addiction.  In some child abuse deaths we’ve profiled, the guilty marijuana user combined pot use with Suboxone or another drug intended to help overcome opioid addiction.

Macy criticizes politicians and bureaucracies when describing the courageous people who break through red tape to deliver treatment in rural communities.  There are some amazing governmental workers like Mark Willis in North Carolina, an ex-marine.

Many of the most determined treatment providers are recovering addicts. Some of these tireless workers, like nurse Tim Nolan, are living saints.  Unfortunately, some who provide treatment are still drug users, even if they use less than they did previously.  How helpful can they really be?

Recovery is the Gold Standard of Treatment

Can’t we emphasize getting people into recovery, and replicate the most successful programs which help people maintain recovery?

Sobriety and recovery should be celebrated. Fortunately President Biden used his State of the Union address this year to congratulate the 23 million Americans in recovery.

Macy wants the money from the lawsuits against the Sacklers to go into harm reduction.  We want more of that money to go to  prevention and recovery.

Instead of her program, we recommend extensive research on which treatment modalities have the highest rates of recovery and use the money to replicate those treatment programs throughout the country.  Use the money for those who can least afford treatment.

Poppot doesn’t negate the value of harm reduction.  If we truly want to treat drug use as a healthcare issue, then we will emphasize recovery as a stronger program than harm reduction.