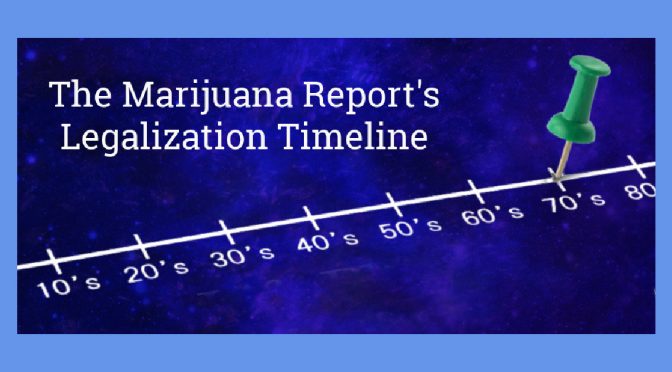 MomsStrong.org recently reprinted the latest The Marijuana Report newsletter, which details the history of marijuana legalization in the U.S., and some of the negative outcomes identified by government surveys and reports. As politicians and citizens alike remain asleep and unaware on this issue, the steady rollout of the pot profiteers and their greedy plan continues. To understand history is to mount an adequate resistance. PopPot urges our readers to take the time to not only read, but disseminate this article!

The Timeline of Marijuana Rollout in the U.S. Exposed by the Marijuana Report

Are scientists missing the forest for the trees?

Last week, the Journal of the American Medical Association published a study by DM Anderson and colleagues, scientists from universities in Montana, Spain, and San Diego, California. The study finds that legalization does not increase adolescent marijuana use. The researchers analyzed the Youth Risk Behavior Surveillance System (YRBSS) which the Centers for Disease Control and Prevention (CDC) began conducting in 1991.

YRBSS collects data from high school students every two years about behaviors that contribute to unintentional injuries and violence, sexual behaviors related to unintended pregnancy and sexually transmitted infections, alcohol and other drug use, tobacco use, unhealthy dietary behaviors, and inadequate physical activity. Not all states participate in YRBSS, and those that do participate periodically, although in the 2019 YRBSS all but five states did so. Minnesota, Oregon, and Washington State have never participated in YRBSS. The survey asks three questions about marijuana: ever use, current use, and what age students were when they started using marijuana. It began asking about vapor product use in 2015, but never asks what students are vaping.

So far as these limited data are concerned, the researchers’ findings seem true. But two other national surveys show us something more…

Read the full article, The Timeline of Marijuana Rollout in the U.S. Exposed by the Marijuana Report on MomsStrong.org

Editors Note: The Marijuana Report is a project of National Families in Action. Visit their website at NationalFamilies.org.