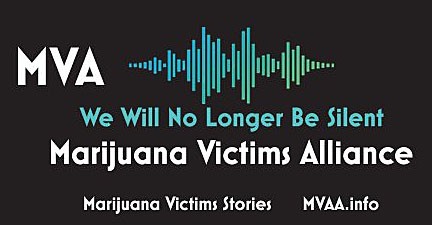 Moms Strong is a critically important website which shares the stories of parents whose children have lost their lives because of marijuana.  It serves to inform and warn others.  Marijuana Science Forum  doesn’t take a stand against legalization, but the science presented on its website states the facts, and those facts are  sobering. When the Smoke Clears has another excellent page devoted to facts. The group posts very effective graphics on its Facebook page.

Drug Free America Foundation works in opposition to all drugs, recognizing the marijuana is usually the drug of initiation drug for young people who die of drugs.  All of us are united and support each other.

Help us stop the commercial marijuana industry.  If these groups have a Facebook and Twitter presence, please follow or “LIKE” them. Those simple actions can raise the profile of all groups that fight against  BIG MARIJUANA.

Healthy North Dakota  (North Dakota is the most recent state to have a legalization measure on the ballot, but SAM and statewide organizations are going against it.)

Prevention Plus Wellness
Stop the Legalization of Marijuana

Many drug rehab places such as Narconon have excellent websites and we suggest you check them out, too.  We are sorry to have left out some groups, but no slight is intended.  There are marvelous drug prevention groups and we give particular notice to POSAFY and Safe Launch in California. CADCA is the core group of community anti-drug groups throughout the country.

BIG WEED is rising and we won’t give up the fight against the industry.  The hype about all the money to be made by investing in corporate pot is part of the scam.