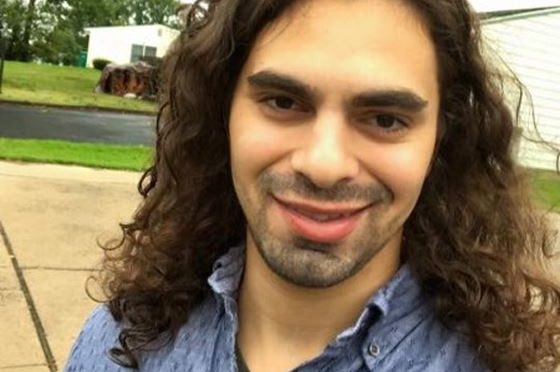 I am a mother with a hole in her heart, one who mourns the loss of her beloved child every day.  My son, Carlos Castellanos, died at age 23 from a drug overdose, just three weeks after walking me down 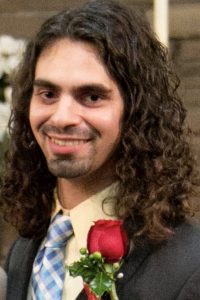 the aisle at my wedding and two days before Christmas.  He had been clean from an opioid addiction for ten months and was happy, healthy and loving life.  My son had a job and was expected to get a promotion the following month, loved his girlfriend dearly and was planning to resume taking college courses.  Carlos’ dream was to become an aerospace engineer and to work for a company that would enable him to be part of the Engineers Without Borders program so that he could help others.  He was sensitive, humble, kind, love and precious to all who knew him.

Smart and witty with a great sense of humor, Carlos was very musically gifted; he played drums and guitar since the age of seven.  But he was also a perfectionist and constantly doubted himself and his abilities.   Despite having much success academically and in his musical pursuits, my son never felt worthy of the honors and accolades he received.  He also craved the love of support of his “absentee” father and often expressed anxiety about what he could do to make his dad want to spend time with him. Those feelings of inadequacy are what caused him to start smoking marijuana at age 15.  Very quickly, though, he moved on to cocaine, heroin and other drugs.  At age 18, just months before his high school graduation, Carlos suffered a grand mal seizure.  He had attended a “pharm party” the night before (where teens mix prescription drugs into a bowl and take turns ingesting them), and then took crystal meth the next morning.  I remember getting that heart-stopping call from the friend who dropped off my son at the entrance to the hospital ER and hearing the doctor tell me to contact our family so they could say goodbye to Carlos.  By the grace of God, Carlos miraculously recovered from that trauma, but he did sustain some short-term memory loss.  He vowed to stay clean and thought that he could do it on his own, without any program or support.  Within weeks however, he was quickly drawn back into the drug world.

Just before high school graduation, Carlos was arrested outside our home for carrying a quantity of marijuana that was just over the limit for a misdemeanor charge.  Since he was an adult, he received a felony conviction, which made him ineligible for a college scholarship at a prestigious university.  In Carlos’ mind, his dream to become an engineer died with the loss of that opportunity; he had been selected as one of a small group of freshman to enter the engineering program usually just open to college juniors.  So, Carlos went to his place of escape once again – drugs – this time, with a vengeance.

Hidden Dangers That I didn’t Know

My son was in and out of rehab facilities and intensive outpatient programs multiple times from age 16.  His most successful clean period was for 20 months, during which time he participated actively in AA/NA meetings and surrounded himself with those who were dedicated to addiction recovery.  He volunteered at a local rehab and facilitated recovery sessions for other young people who were fighting to stay clean like he was.  During this time, Carlos and I talked openly about his drug use.  It seems I had only known the tip of the iceberg.  I listened in horror as he told me about the types and quantities of drugs he had ingested and cried when he said that a dealer had held a gun to his chest when he didn’t have enough money to pay for the drugs he wanted to use.  He sold off almost everything that was dear to him during his periods of heavy use – his beloved guitars, computers, suitcases full of his clothes.  He lost friends who didn’t know how to deal with the significant changes in him.  He pulled away from family because he was ashamed about who he felt he had become.

When Carlos was clean and clear-headed, he would talk regretfully about the experiences that he had missed out on during his years of drug use.  For example, although he graduated from high school, he did not attend the actual ceremony and didn’t want a graduation party.  He also missed family events, such as birthday parties (he was often too high to attend or to care), an entire Christmas season spent in jail due to drug use, etc.  Carlos explained that these “voids” in his life made him very sad and depressed because he would never get that precious time back.  Although he didn’t acknowledge it for years while he was using, Carlos eventually started talking about what a major part marijuana had played in his teenage years and on the road to opioids and other mind and body-altering drugs.  He acknowledged that pot was indeed a gateway drug for him; after several months of initial use as a high school sophomore, he quickly moved to other drugs, searching for the “ultimate high.”

After relapsing again in winter 2015, my son got and stayed clean for the last 10 months of his life.  He seemed to be on a path to what he hoped to achieve and was working on his self-esteem and self-worth.   We will never know what caused him to use on December 23, 2016.  I will forever have the image of the police detective and officer who rang our doorbell that night, to inform us that Carlos had found dead in my car, from a drug overdose.  (We later learned that his drug of choice that afternoon was laced with fentanyl.)  No parent should ever have to endure the agony and heartbreak of losing a child.  Such a devastating loss crushes your soul and leaves 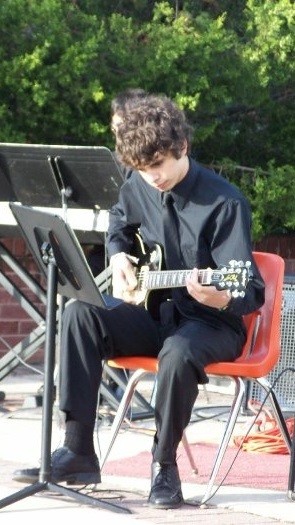 you frozen in your tracks.  You don’t know whether you can go on without your precious loved one and it becomes an effort to do the most mundane of everyday tasks.  You spend hours and days casting your memory back to the day he was born, the day he learned how to play “Stairway to Heaven” on the guitar, the last time he hugged you and you pray that you will be able to remember his voice.

The Gaping Hole in Those of us Left Behind

What about those of us whom Carlos left behind?  My husband Mike (his stepfather) and I, Carlos’ sisters and brothers, friends and co-workers?  How are we learning to cope when a piece of our lives is missing? The photo albums that we will create as a family going forward will not be filled with pictures of our beautiful son and brother as our wedding album is now.  We will never again hear his laughter, see him drumming, singing and playing the guitar or just goofing around with his cat, Simon.  My husband, Mike and I will miss having Carlos outlive us – nothing any parent should ever have to endure.  His friends have told me that they will miss his quirky sense of humor and his willingness to go out of their way to help him; in one instance, buying a Christmas tree for a family in need.  His siblings won’t be able to make new memories with a younger brother whom they adored.

How do we go on?  How do we survive without the son, brother, friend who we lost to this terrible disease?  For my husband and me, we have chosen to do what Carlos would have done had he lived.  We tell his journey – one of an amazing human who thought about others before he thought about himself.  Who dreamed of a future without drugs, a future with hope and life and success and love.  We share the story of who Carlos was and we preserve his memories by fighting against the disease of drug abuse when he cannot.  We want everyone to know that drug addiction is most definitely a primary, chronic disease that alters who you are.  It’s a disease that is often progressive and fatal.  No one chooses to be addicted to drugs.  Carlos recounted that he often asked people “Do you think I choose this life (of addiction), with all of its pain and loss?  I want to be healthy and happy just like anyone else and to help others.”

We share Carlos’ story and urge other parents to educate themselves about the signs and symptoms of addiction.  We encourage them to get help for their loved one and for themselves.  We fight to get laws enacted to help those who struggle with this disease so that they have full access to treatment and care.  Most of all, we rest in God’s embrace, knowing that Carlos is our angel and that we will be reunited with him one day when we climb the stairway to heaven.

Pam made a video on Mother’s Day and she asks others to take action: