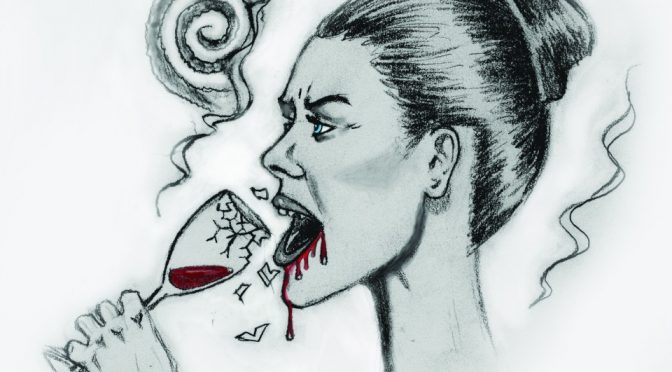 I am not a long-time user.  I used casually for about six months, but then suddenly had a terrible experience with marijuana-induced psychosis.   I had moved from a state where is was illegal, to Washington.  A dispensary sold me something incredibly strong just recently, in March.   It was a joint mixed with a marijuana wax- I didn’t even know what that was.  I was SO naive, but there is literally NOTHING out there that lets consumers know that ANYthing even remotely bad can happen.

As long as I didn’t drive under the influence, what could go wrong?   I thought all pot was “safe.”    The irony is that I am nearly 40, a stay-at-home mom with honor roll kids, no history, ZERO history with drug usage, or ANY depression, mental illness etc etc.. NONE.  I never used marijuana before I moved to Washington. I literally just set out to listen to music and unwind while I got the house clean….awaiting the arrival of my husband who was gone on a business trip.   My kids were on Spring break, at a friend’s house.

About halfway through I felt very dizzy and unbalanced… So I thought I just needed to sit down, or maybe eat.. I looked at the glass of wine I had poured… and dumped it in the drain…. Then I had a sudden disturbing image of myself biting THROUGH the wine glass… It came over and over.  Bite the glass….. the words wouldn’t leave my head…. I’m biting glass.  My heart began to race, my hands began to shake. I felt freezing cold, yet was sweating. Then I was feeling a sudden surge of Adrenalin and was panic stricken.  I began having suicidal ideations, in MINUTES…

Shooting Myself and Biting Glass

NEVER, ever did I have suicidal thoughts or feelings in my life. I am happy, well-adjusted, and a warm, outgoing person with lots of friends and a solid marriage.

Within days I began researching, because I KNEW what I had experienced was from smoking…again, I reiterate, I had nothing else in my system or history to indicate otherwise….and there it was.. All the research indicating that it WAS the pot.. Marijuana-induced psychosis is a proven thing and all too common. There is ZERO safety put in place in these recreational pot stores.  They don’t warn a consumer about strength, concentration or side effects.  It as if you are buying a glass of milk to them!! I later found out that marijuana wax is known as a “dab” and I am still unsure of what they really are…

No Warnings Against Psychosis!

The ER in Olympia Washington sees on average TWO cases of marijuana-induced psychosis a DAY!! Yet we don’t hear of this!? Why not? I would have NEVER tried any medicine or drink that could even remotely do this to me, but thought I was using something as harmless as a glass of wine because they say it is.   I can’t even fully describe the horror of that night as it’s very, very hard to revisit. Thank you for warning people.  I am glad I was able to use some of the resources and information you have shared to help recover…….People need to know.  Marijuana can be deadly.   I almost lost everything to very casual use.

I am lucky to have health insurance and lucky that my husband could be with me.  My husband had to take an entire week off to stay home with me! Again how fortunate I am and I’m in the position to have someone that could do that.

I am lucky in that I am NOT an addict or addicted to it. So not using isn’t an issue….. I would never smoke pot again, but the suicidal ideation was so intense and such a terrible and traumatic experience…. It is hard to describe how horrific it is was and I’d rather be tortured than ever experience that again…. I just never thought that was even possible….    From BK, Washington