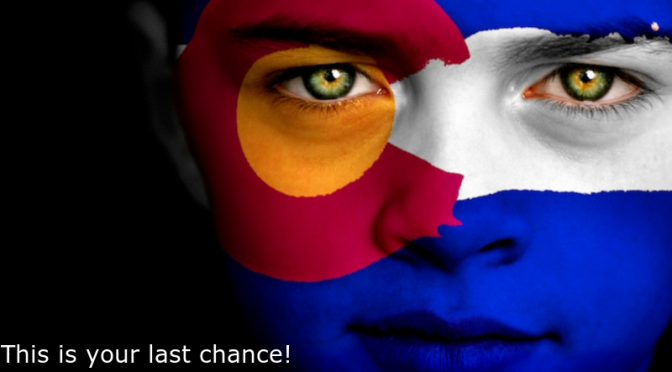 Colorado now leads the country in past-month youth marijuana use, after legalizing marijuana in 2012. The state claims this dubious distinction after being in third place in the 2012-2013 report, and in fourth place in the 2011-2012 study.  This information comes from the most comprehensive federal government drug use survey conducted in all 50 states (and the District of Columbia)

In addiction, Colorado has the 8th highest drug overdose death rate in the country.   The rate has risen in a great deal in past decade, showing that legalization of pot doesn’t stop other drug usage and may in fact lead to other drug use.

“Move over, Rhode Island. Now that Colorado has legalized and widely commercialized marijuana, their children use marijuana regularly more than children in any other state,” remarked Dr. Kevin Sabet, President of Smart Approaches to Marijuana (SAM) and a former White House drug advisor.

“In Colorado especially, Big Marijuana has been allowed to run wild, and it appears that kids are paying the price more than in any other state in the country.”

Other states that have legalized marijuana finished in the top six:  the District of Columbia (4th), Oregon (5th), and Washington state (6th).    Vermont and Rhode Island are in 2nd and 3rd place.

Colorado has become the show place for the marijuana industry with many, many commercial stores that sell edibles.   “Like Big Tobacco, marijuana companies put their bottom line before public health. It’s time we stop this new industry,” said Sabet.

For more information about marijuana use and its effects, see http://www.learnaboutsam.org.

While other drug usage is going down among youth, marijuana use is staying constant. There is a growing number of daily pot users — 6 percent of all high school seniors.  For this 6 percent, the future is bleak unless they get over it fast.