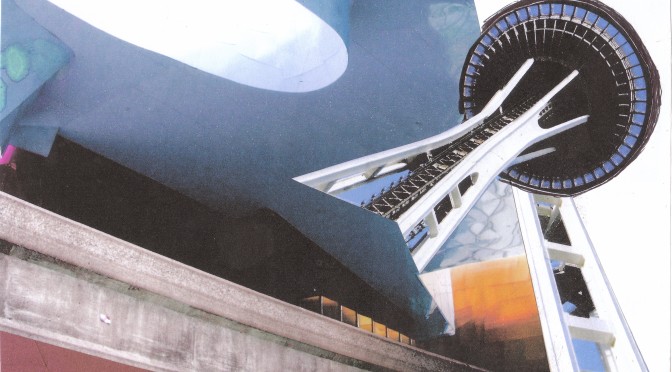 DUIDs for marijuana have increased significantly and that the hopes tax revenue haven’t been met.  There’s another aspect of the marijuana program in Washington…… wreckless destruction!   The “explosion of Washington’s marijuana industry has some police busier than ever,” read a headline back in June.

The Trail of Fire and Destruction

The Bellevue fire started on November 5, 2013 at 6:20 a.m. with an enormous hash oil blast in one building of an apartment complex with 16 buildings.  Seven residents were hospitalized. The lady who eventually died was a former mayor of Bellevue.   Two women who jumped from the upper floors of the building and landed on grass sustained several broken bones.  Property damage totaled $1.5 million to the building,and $150,000 to the contents.

Three men charged with starting the fire also had injuries.  Police had investigated two of those men three weeks prior to the explosion; they showed their medical marijuana cards and told police they did not make hash oil.   The Bellevue fire was only the beginning of a trend to follow.

Two men of Kirkland, WA, started of the new year of 2014 with a bang — another BHO-explosion.  The blast in Kirkland, also in King County, destroyed two apartments.  A few days later, on January 6, an explosion in Seattle knocked a house six feet off its foundation.

In a toney neighborhood of Seattle, on March 10, a refrigerator blew up when the BHO sparked an explosion.  It knocked out windows and the back wall of the home.

The following day,  a home explosion in Shelton, WA, near Seattle, sent four people to the hospital. Unfortunately, three 20-year olds, who were renting the bottom floor of the house, displaced the family who owned the house and lived upstairs.

May madness followed the  March Madness.  On May 21, a 20-year- old caused numerous explosions in his Puyallup home.  On May 30, Police found 140 pounds of marijuana in a Centralia home which kept an hash oil lab.

Back in Seattle, the  Hash Lady started a fire on June 4.   Finally,  on July 22, 2014, US Attorney for Western Washington Jenny Durkan filed charges against seven for arson and “significant endangerment to life.”   These charges were for separate fires, but included the men who started the Bellevue fire.

While unlicensed hash oil labs are is not specifically allowed as part of Washington’s legal marijuana program, they are bound to happen cause explosions.  California also has a lot of explosions.

Marijuana possession became legal in Washington on December 5, 2012. That very day, two intruders broke into a home near Tacoma with an extensive marijuana grow. The owner of the mansion shot and killed the intruders. He is now serving a 7-year jail sentence.

There are 57 licensed marijuana shops in the state of Washington, but the state Health Department has not yet allowed sales of any edibles. It may seem like one problem that has plagued Colorado has been avoided. However, edible marijuana can show up in unexpected places.

In June, a 16-year old girl at high school in Puyallup brought pot-infused brownies and lemon squares to school and shared them with her classmates. Although one other student knew she had laced the food with pot, three unsuspecting students got sick.  When a police went to arrest her, they found 100 marijuana plants growing in the home. Her father had given her the hash oil, and he admitted to smoking pot with his daughter.  His grow was much larger than is legal, and police also found that the father had hash oil extraction lab. Both father and daughter were arrested.

Medical Marijuana is the Market

In Fife, Washington, residents have tried to prevent a marijuana retailer, from opening a pot business in the city.  Although a Pierce County judge upheld the ban, it is likely to go to the state Supreme Court.  MMH, the dispensary, is likely to appeal the decision.

The American Civil Liberties Union (ACLU) is generally against the bans because “I-502 requires Washington residents to have access to pot products in order to discourage the black markets, according to ACLU lawyer Alison Holcomb who wrote the initiative.   The ACLU feels that if municipalities are allowed to have widespread bans, it would undercut the whole legalization system intended to bring black markets under regulation.  Again and again, Colorado and Washington have proved that black markets don’t go away.

In Spokane, the Chief of Police reported to City Council this past week about marijuana-related driving. His department issued 17 marijuana-related DUIs in 2012, but 37 such citations in the first half of 2014. The youngest of those drivers was 14 and had six passengers in the car. “There is no public intoxication statute for those who are under 21 and extremely high in public,” he said,

It takes longer to process a driver who has been pulled over for driving high, than one who has been pulled over for drinking too much. Washington has a limit of 5 nanograms of THC per milliliter of blood. It takes significant more time to get a search warrant to get the blood draw done when it is marijuana related,” the chief explained. Spokane Valley Police department is keeping track of all marijuana-related crimes. Washington State University is developing a breathalyzer to test for marijuana.