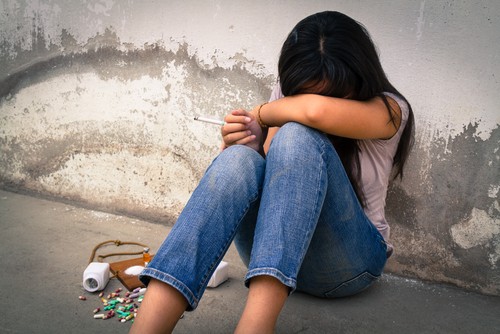 The pot industry pushes marijuana use as a substitute for pain pills.  With a massive Public Relations effort, it uses the media to do its bidding.  However  — upon closer examination — the opiate and heroin epidemic mirror the legalization of marijuana.

Why So Much Chronic Pain?

Not everyone who becomes addicted to opiates started because of pain.  Those under age 35 who are dying from drug abuse at an unprecedented rate, often started abusing drugs just for fun.

People usually don’t get addicted to opiates by taking them as pain medications, according to Jon Daily, of Recovery Happens, outpatient addiction treatment centers in California.  He explains that the pain pills given after surgery and taken as prescribed, won’t produce a high for most people.  However, there’s a subset of people who respond differently and feel euphoria.  The difference for these people may be that they’re responding to unresolved issues of painful experience earlier in their lives.

Dr. Libby Stuyt, addictions psychiatrist and advisor to Parents Opposed to Pot said: “Most patients with chronic pain issues find that holding onto emotional pain from past trauma comes out in the form of physical pain.  When they work through this and are able to let go, the physical pain greatly diminishes.”

Too much medical intervention and surgery is also an issue.  Ten years ago Shannon Brownlee wrote Overtreated: How Too Much Medicine is Making us Sicker and Poorer, and now people are noticing that overtreatment create problems.

A wise Chinese doctor said:  “When a body has an imbalance, which is displayed in the form of some or other dis-ease, it will continue to display this imbalance.  If we cut out the place where that imbalance is currently occurring, then chances are, it will simply move to the next area of the body.”    It could be that unnecessary surgeries and too many surgeries contributed to chronic pain and the addiction problem.

Why People Get Addicted to Opiates

According to Jon Daily, most people in his practice begin pain pill abuse because they were already using alcohol and marijuana.  Their relationship with getting intoxicated began through these substances.  It is why Daily recommends an addiction paradigm shift away from heroin to marijuana.

Studies show that only about six percent of the population gets addicted to pain pills after surgery.   A recent study shows that states with the highest drug abuse are also the states that have legalized marijuana.

Overprescribing by doctors was a major issue in the past, but it is not the major issue today.   If pot is recommended as an alternative to avoid opioid addiction, it will probably be the same pill mill doctors who will be giving such recommendations.

We believe the future of pain medicine is not prescribing marijuana, but in utilizing alternatives that treat the root of the pain.  Some of these techniques may need to be combined with Dialectical Behavior Therapy or Cognitive Behavior Therapy and spiritual help.   Cannabis, a psychotropic plant, is anything but “natural.”

Marijuana lobbyists have played a trick on America’s children by using the green pharmaceutical cross and pretending to be doctors.  They insist marijuana is “not a gateway” drug, but studies show otherwise.

Let’s push back on the pot industry’s promotion of marijuana as a cure-all drug and the media’s advocacy on their behalf.   Remember, “medical” marijuana was planned as a hoax.

There are many other ways to treat the opiate epidemic:  better prevention programs; mandating education in the schools; clamping down on internet sellers of these drugs, and reversing America’s constant craving to be high.

As for using drugs to treat an addiction, this practice is questionable.  What works for some will not work for others. Perhaps long-acting naltrexone (Vivitrol)  which blocks the effects of opiates, and apparently the craving, can help.  Let’s hope Governor Christie’s Commission devises some good recommendations.