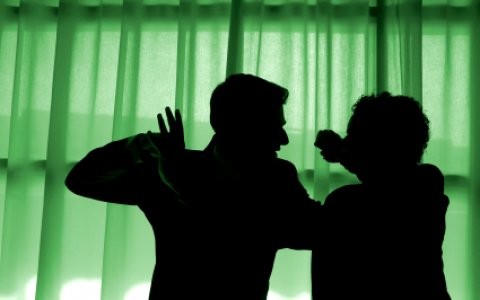 On Thursday, July 26 a man believed to be high on marijuana was arrested for aggravated assault with a knife, the Rutland Herald reported July 27. Fortunately no one was injured.  Physicians, Families & Friends for a Better Vermont issued a press release today, saying “the scene of a screaming, knife-wielding, apparently psychotic man whose lawyer suggested he had been smoking marijuana should give pause to Vermont legislators and other policy leaders who are considering regulated sale of marijuana, .

Although the event happened in Vermont, the 19-year-old perpetrator was from California.  Marijuana does not have to be “laced” with other drugs when acute psychosis occurs.

Once again events are linking marijuana to mental illness and violence in Vermont. The worst such event happened in October 2016, when a suicidal man with high levels of THC (the psycho-active ingredient of marijuana) allegedly drove his vehicle into another car, killing five teenagers, including four Harwood Union High School students.  Like last week’s assailant, the perpetrator of Vermont’s largest mass criminal homicide ever may also have had other drugs in his system. Regardless, the connection between high-potency marijuana, psychosis and violence is strong and must be understood and acknowledged.

Three physicians weigh in on issue

The following statements are from three eminent physicians and researchers on the advisory board of Physicians, Families & Friends for a Better Vermont, an organization formed in 2017 to oppose legalization of marijuana:

‘I don’t think any serious researcher or psychiatrist would now dispute that cannabis consumption is a component cause of psychosis.’

“I think it’s very similar to asking if tobacco causes cancer. I think there is sufficient evidence to say it causes psychosis.  Remember, we use “evidence- based medicine” in which one does not have to have 100% certainty to act but rather weighs the surety vs. the risks/benefits.   Another way is to ask the “my kid” question – i.e. what would you recommend if it were your kid.  Finally, I cannot help but say to legislators that the weight of the evidence that MJ causes psychosis is several times greater than the weight of evidence for most medical marijuana indications.”

–          Dr. John Hughes, MD, psychiatrist and Professor of Psychiatry at the University of Vermont, nationally-recognized expert on addiction, in December, 2017 statement

“The evidence that, for many people, cannabis use plays a causal role in the development of psychotic disorders grows stronger by the month.  At this point, much of the effort to discredit research on the link between cannabis and psychosis comes not from scientific rationales but from political and financial motivations.  It is time to move past false politically-driven debates and put into action efforts to reduce the negative impacts of cannabis on developing brains.”