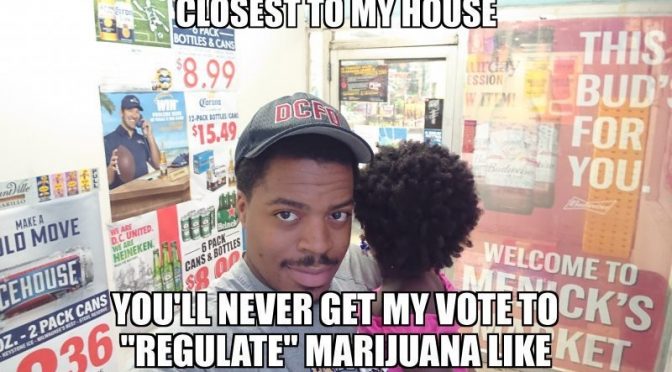 By Will Jones III

The Philadelphia Inquirer asked advocates for and against legalization/commercialization of marijuana to weigh in on the topic.  Here’s what Will Jones, of Smart Approaches to Marijuana (SAM) wrote:

Calls to legalize marijuana often lead with the cry of social justice. Many advocates argue that legalization will right the wrongs of our racist past in the criminal justice system.

In reality, legalization would make our society much less just than it is now. Legalization would lead to increased commercialization of marijuana, playing into the hands of an intoxicating, addictive, for-profit industry that is appropriating problems of systemic injustice to the tune of billions of dollars in profits. Pennsylvania should instead focus on decriminalization.

Marijuana commercialization advocates have shrewdly pointed to ethnically disparate arrest rates that show African-Americans are disproportionately targeted for enforcement of marijuana laws. While the problems they highlight are painfully true, their solution is both ineffective and disingenuous. It does nothing to punish, prosecute, or remove individuals or institutions with records of racism and discriminatory law enforcement practices – true reform. Instead, it creates a predatory industry that targets communities of color and other disadvantaged communities with an over saturation of ads and stores likes its predecessors Big Tobacco, the alcohol industry, and the lottery.

When I walk out the front door of my home the first store that I get to in any direction is a liquor store. Going a bit further, when I get to a convenience store, it is so plastered with advertisements for liquor, cigarettes, and the lottery that I can’t even see inside the windows.

A study from Johns Hopkins University found that, “such stores have been shown to be an important component of the social infrastructure that destabilizes communities.” We shouldn’t be celebrating legislation that permits irresponsible, predatory industries marketing another intoxicating and addictive substance to embed itself in our communities.

As they anticipate and push for federal legalization, major alcohol brands including Heineken, Molson Coors, Blue Moon, and Corona have already invested billions in the marijuana industry. And to quote marijuana investors, “this is only the beginning.”

Big Tobacco isn’t standing by either. In 2018, Altria, the parent company to Phillip Morris, invested over a billion dollars in marijuana and subsequently invested another several billion in Juul, the vaping company that is now being investigated by the FDA for their marketing practices that have created a near epidemic of teen vaping. The CDC has now linked marijuana vapes to a majority of over 800 cases of a mysterious lung ailment and at least two of twelve subsequent deaths.

These companies are irresponsible, unrepentant, and poorly regulated even in 2019.

Looking at the marijuana industry’s practices in Colorado, the reckless, addiction-for-profit model is on full display. There are now more pot shops than McDonalds and Starbucks combined and some neighborhoods of color in Denver have a saturation of 1 pot business for every 47 residents.

That isn’t social justice. It’s about grabbing money from neighborhoods like mine. John Boehner, former Big Tobacco lobbyist and former Republican Speaker of the House, stands to make millions from federal legalization, and the former CEO of Purdue Pharma, who brought us Oxycontin, left to head up a pot company.

Profit is clearly their intent. Wealthy white investors and corporations are co-opting issues of systemic injustice as a front for their business moves, and the hard work needed for real criminal justice reform is being left by the wayside.

States that have commercialized marijuana continue to show racial disparities in marijuana arrests. No state that passed legalization has seen any corresponding drop in prison populations. And as Representative Alexandria Ocasio-Cortez pointed out, equity focused regulations that were written into state laws are being blatantly ignored, or accomplishing nothing. Pennsylvania can and should decriminalize personal marijuana use and possession and offer expungements and resentencing. However, commercializing another intoxicating and addictive substance moves past social justice reform and instead lines the pockets of wealthy, mostly white investors at the expense of our most vulnerable populations.

Will Jones is a Communications and Outreach Associate at Smart Approaches to Marijuana (SAM) a nonpartisan nonprofit that works with local, state, and federal legislators to promote science-based policies that reduce marijuana use and arrests and their consequences.