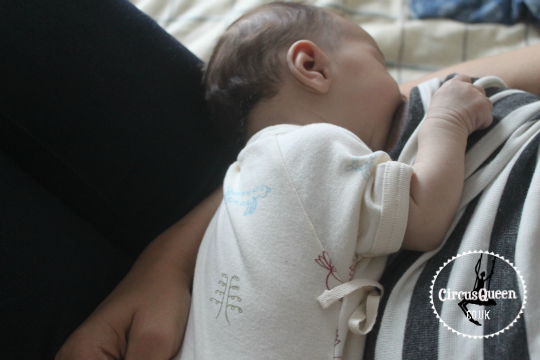 Physicians and medical professionals routinely warn women not to use marijuana while they are pregnant or nursing. Why? The best available scientific evidence has established that exposure to marijuana’s psychoactive constituent, THC, in utero causes neuroadaptive changes in their baby’s brain, especially in the regions where their cognitive capacity and emotional regulation is formed. As a result, the life trajectories for prenatally exposed children may be permanently altered. These facts, like so many others germane to marijuana’s toxic effects have been well established in the scientific literature for years—and largely ignored. But why?

Blatant ignorance, apathy, greed or all of the above, coalesced and organized by pro cannabis politicians, financiers and a large, grass roots constituency of chronically addicted users who support full legalization of marijuana. As a result, more women than ever are smoking marijuana both during and after their pregnancy. Specifically, research informs that two-thirds of pregnant women now believe that smoking marijuana during pregnancy presents “no risk at all”, or only a “slight risk” to their baby–meaning they are going to continue getting high during their pregnancy and after.

Recently, a shocking revelation was by reported by researchers from The National Academies of Sciences, Engineering, and Medicine. While researching the risk factors associated with marijuana during pregnancy, they discovered numerous instances in which non-medical personnel (uneducated sales clerks) at state approved marijuana dispensaries throughout California were recommending that pregnant women smoke marijuana for morning sickness. The fact is, smoking marijuana is an effective antimimetic, as it is for terminal cancer patients on chemo. But is it safe?

Recent research published by The American College of Obstetricians and Gynecologists concluded that marijuana use (twice per week) increases the risk of low birth weight, citing previous studies that revealed that babies exposed in utero had “statistically significantly smaller head circumferences (smaller brain) shorter stature and lower birth weights” compared to babies not exposed. Not surprising, the findings were more pronounced among women who used marijuana during the first and second trimesters. In addition, a well powered study (in press) from Colorado Children’s Hospital, describes how THC is commonly being fed to newborn babies via their mother’s breastmilk, causing intoxication to the infant…yes, stoned babies.

How is the brain affected?

The human brain does not fully develop until the mid to late 20’s. The female brain develops a few years sooner than the male brain. Moreover, the brain develops from the back (cerebellum) to the front (frontal cortex). This is developmentally significant, as the frontal cortex is what makes us uniquely human. It is where conceptual and abstract learning develop, as well as our capacity for empathy, and motivation to sustain focus, set goals and work hard to achieve them. Our frontal brain is where we develop morality, learn fairness, desire to help others, to delay gratification and inhibit primitive hedonic impulses from the midbrain. Marijuana use retards the development of the frontal cortex and degrades the neuro-circuitry that innervates this region.

In a paper published (2015) by researchers at Columbia University Medical Center and the New York State Psychiatric Institute, investigators used a novel and highly specific carbon radio-tracer, which binds preferentially to dopamine 3 (D3) receptors in the brain. Using  sophisticated imaging technology, these studies revealed that regular cannabis use is associated with lower dopamine release in the associative striatum and the sensory motor striatum which mediate reward salience, motivation and cognition. Dopamine is the neurotransmitter that causes reward when human and mammals engage in pro-survival behavior. All drugs of abuse usurp this most primitive survival drive by releasing dopamine, thus fooling the brain and rewarding the user as if they had accomplished something significant. Lead investigator, Dr. Anissa Abi-Dargham, concluded. “Cannabis shares a negative impact on dopaminergic transmission with other drugs, only with a different regional profile”

Why is this important?

There are currently 24 million marijuana users in the US. Today, approximately 7,000 children or teens will smoke marijuana for the first time. And 7,000 tomorrow, and the next day, and the next day…. Yet, the acute and chronic effects of the 120 plus cannabinoids and other constituents present in marijuana are mostly unknown.

When a person smokes marijuana- THC, the known psychoactive cannabinoid is pumped  from the lungs, into the heart, reaching the brain within minutes. The body absorbs THC more slowly when it is eaten, delaying the onset of action for at least an hour and prolonging the duration of the effect. Users who are naive to the slower onset of edibles may consume 2 or 3 times the initial dose, erroneously believing that the initial dose was insufficient to get them high.

This is common cause of visits to the local hospital’s emergency department. Moreover, competition for market share of this multibillion- dollar business has driven up the potency of the marijuana products, with little regard for safety. In order to increase the percentage of THC in retail products, the manufacturers make room by eliminating most of the cannabidiol (CBD) which has been shown to have positive, neuro-protective effects. In short, THC degrades neuronal connections and circuitry while CBD is protective.

Legalization has produced intense market competition, which, in turn, has produced dangerously potent products. Since legalization in Colorado, admission to poison control centers and pediatric emergency departments have experienced a 300-to-400 percent increase due to marijuana toxicity and overdose. In addition, dozens of babies and toddlers have died because their parent or caregiver was so stoned that they left a small child unattended in a bathtub, or near a pool, or strapped in an overheating car and was literally baked alive because the adult just “lost track of time.”

Clearly the consequences of marijuana use, via legalization, has fallen most heavily on the very least of us, e.g., the unborn, infants, small children, and the poor, while making many politicians wealthy and elitist billionaires even more wealthy.

Apparently so, as too many ignorant, apathetic users and greedy and powerful politicians and financiers are willing to trade the lives and the future of millions of children, so that marijuana users have the legal right to get stoned and impaired whenever they want, and without consequence. This must change, less we become a nation of underachieving, sick and unproductive people.

Dr. Drew Edwards is a Clinical Consultant for Lakeview Health in Florida and a behavioral medicine researcher, author, clinician, trainer and consultant. Formerly Dr Drew was Assistant Professor in the Department of Psychiatry and Health Behavior and at the Medical College of Georgia, as well as the director for the Department of Psychiatry. Previously, Dr. Edwards was the Associate Director of Psychiatry at the University of Florida, College of Medicine.
www.drdrewedwards.org www.lakeviewhealth.com

We took this article from The Sober World, published April 1, 2019. Other articles on pregnancy and breastfeeding are here.