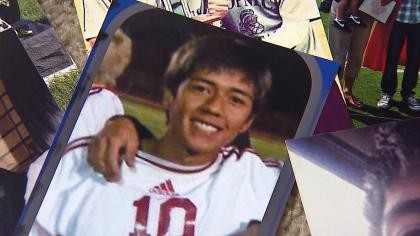 When Hamza Warsame fell six floors to his death in December, 2015, the social media was abuzz with suggestions of a hate crime against the Muslim teen.  Warsame, an immigrant from Somalia, was living in Seattle and had been invited to the  21-year-old classmate’s apartment.

However, the news came out that Warsame had smoked marijuana for the first time and had a psychotic reaction.  He may have tried to jump to the next building’s roof.   It wasn’t legal for a 16- year-old to smoke marijuana.  But Washington is a marijuana state, and his 21-year-old classmate had bought it legitimately at a dispensary.  (Signs along the highways of Washington warn that it’s illegal to buy or give alcohol to those under age 21. There should be similar warnings for marijuana.)

Warsame’s death was from smoking today’s high potency ganja, not the edibles.   At least two young men, Luke Goodman, 23, and Levy Thamba, 19, killed themselves in Colorado after eating marijuana edibles which made them psychotic.  In Colorado, edibles first went on sale for recreational purposes beginning in January, 2014.   Many people read about New York Times columnist Maureen Dowd’s experience with marijuana.   A mother also wrote a New York Times column about that marijuana chocolate bar that put her son on suicide watch.

Less well known are the stories of Brant Clark and Daniel Juarez, featured on a CBS News Report of May, 2015.  High potency pot has been the norm in Colorado since the early 2000s.  Psychosis and hallucinations occur quite frequently.   These teens became psychotic and killed themselves — before Coloradans voted to legalize recreational marijuana.

Tron Dohse was a young adult featured in the same evening news report that reported about Clark and Juarez. He overdosed on marijuana and fell to his death while trying to climb a building.

As one Colorado resident said, “If residents had known the horror story of why Daniel Juarez death in 2012, they never would have voted to legalize.”  (Juarez’s photo is on top of the page.)

More recently, there were the marijuana-related suicides Marc Bullard and Rashaan Salaam in Colorado. (These are the stories that made the news, so we don’t mention recent suicides from pot not in the news.)  Salaam was 41, a former Heisman Trophy winner.  He had a promising football career until 1999, when he lost his energy and began spending time smoking pot.   He never got his life back and when he died there was 55 ng. of THC in his blood.

Like Salaam, Marc Bullard was living in Colorado at the time of his death.   The Texas native had been a high school valedictorian, a successful college student and had landed a dream job.   However, he had moved to Colorado and was doing dabs.  In his journal, he recorded the downward spiral of depression and his inability to stop doing marijuana dabs.    He was 23.

A landmark study published in the Lancet Psychiatry Journal, September, 2014, tracked teenage marijuana use in Australia and New Zealand.   The subjects were tested for a variety of outcomes by age 30.  The evidence showed that consistent early use below age 18 is connected to 7x the risk of attempted suicide before age 30.

Not all suicide attempts are successful.   But it is shocking and traumatizes a family when someone attempts suicide.   Parent have written of these events and how it affects their families, I wish We had Never Moved Here and My Son’s Psychiatric Surprise.  Another striking story of survival is on the MomsStrong.org website.   Part 2 will explain more about the suicide risk with marijuana.  Part 3 will have more specific information about marijuana victims Daniel Juarez, Levy Thamba, Andy Zorn and Shane Robinson.