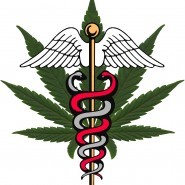 There is no reason to reschedule marijuana to get more research.  Pharmaceutical companies are working to develop cannabis-based products that could possibly treat medical conditions without giving you the high.   The federal government lists 274 studies exploring the medical applications for THC, and 597 studies investigating medical properties of CBD.

In February 2018, Canadian Family Physicians devoted a monthly periodical to the research on medical marijuana.  The editorial said: “Evidence indicates the most consistent events of medical marijuana are adverse events.  A variety of adverse events have a greater magnitude of effect than the potential benefits for the conditions targeted.”

Epidiolex, a medicine made by GW Pharmaceuticals to treat two types of childhood epilepsy has been approved by the FDA.  However, there are mixed results for the use of cannabidiol in children with intractable seizures, with 30% benefiting somewhat but 47% experiencing important side effects, including some with increased seizures.

Many clinical trials of medical marijuana are not going that well.  GW Pharmaceutical shares fell markedly with the announcement that Sativex performed no better than a sugar pill for cancer pain Sativex has been deemed by the British health care system to be too costly for the modest benefit (18% improvement) it delivers for the spasticity of multiple sclerosis, while showing no benefit for the pain, and as mentioned in the last newsletter, a PTSD study presented at a recent conference reported that marijuana users with this disorder made significantly less progress towards recovery and were more violent than nonusers.

Major pharmaceutical companies have the money to absorb such failures in their projected market, when the failures occur.   Contrary to popular belief, there are many studies into the possible medical properties of the marijuana plant.

For years, there has been talk of smoking cannabis–marijuana–to lower eye pressure for patients with Glaucoma.   The Glaucoma Research Foundation also believes current medications work better than marijuana.  Another problem with cannabis is that its effects don’t last as long as the current medications.