END_OF_DOCUMENT_TOKEN_TO_BE_REPLACED

This was supposed to be the year full cannabis legalization in the U.S. moved much closer to being a reality.  Instead it has been a disaster for advocates.  Although Illinois legalized recreational use on the final day of its legislative schedule, a half-dozen other deep-blue states that were expected to legalize failed to follow — including New York.

Advocates want to believe legalization on their terms, with few restrictions on marketing and limits potentially as low as 18, remains inevitable.  Polls show that between 62% and 66%of Americans support legalization.  But cannabis supporters are wrong, and the pushback against marijuana has only begun.

Why?  Because teen use is on the rise.  And the experience of the 1970s — the last time cannabis advocates believed they might win full national acceptance — shows that the strongest voices against cannabis use aren’t police officers or even physicians.  They’re parents. …As teenage use of cannabis exploded during the 1970s, many parents became deeply concerned. The drug seemed to damage their children’s motivation, memory and grades. …

Not coincidentally, in states where legalization failed this year, wealthier suburban lawmakers proved a crucial political stumbling block.  Because of the cost of vaping, the habit seems to be more attractive to upper-middle class kids, and their parents are nw seeing marijuana’s real risks up close.  As that knowledge spreads, the media is likely to take a more skeptical stance, and national support for legalization will shrink.

Alex Berenson is the author of Tell Your Children the Truth about Marijuana, Mental Health and Violence and 12 other books. 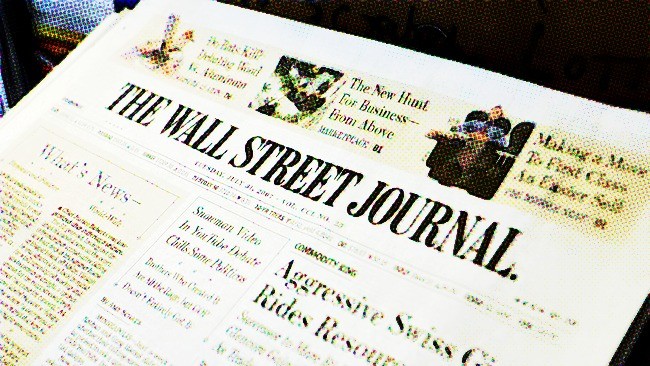 This editorial was originally published in the Wall Street Journal opinion pages, November 2, 2016.

Marijuana is now legal in 25 states for medicinal purposes and in four for recreational use. Voters in another five have a chance on Nov. 8 to legalize the retail consumption of pot, but the evidence rolling in from these real-time experiments should give voters pause to consider the consequences.

In 2012 Colorado and Washington voters legalized recreational pot, followed by Alaska and Oregon two years later. Initiatives this year in California, Arizona, Nevada, Maine and Massachusetts would allow businesses to sell and market pot to adults age 21 and older.

Adults could possess up to one ounce (more in Maine) and grow six marijuana plants. Public consumption would remain prohibited, as would driving under the influence. Marijuana would be taxed at rates from 3.75% in Massachusetts to 15% in the western states, which would license and regulate retailers.

Marijuana is a Schedule I drug under the federal Controlled Substances Act of 1970, which prohibits states from regulating possession, use, distribution and sale of narcotics. However, the Justice Department in 2013 announced it wouldn’t enforce the law in states that legalize pot. Justice also promised to monitor and document the outcomes, which it hasn’t done. But someone should, because evidence from Colorado and Washington compiled by the nonprofit Smart Approaches to Marijuana suggests that legalization isn’t achieving what supporters promised.

One problem is that legalization and celebrity glamorization have removed any social stigma from pot and it is now ubiquitous. Minors can get pot as easily a six pack. Since 2011 marijuana consumption among youth rose by 9.5% in Colorado and 3.2% in Washington even as it dropped 2.2% nationwide. The Denver Post reports that a “disproportionate share” of marijuana businesses are in low-income and minority communities. Many resemble candy stores with lollipops, gummy bears and brownies loaded with marijuana’s active ingredient known as THC.

The science of how THC affects young minds is still evolving. However, studies have shown that pot use during adolescence can shave off several IQ points and increase the risk for schizophrenic breaks. One in six kids who try the drug will become addicted, a higher rate than for alcohol. Pot today is six times more potent than 30 years ago, so it’s easier to get hooked and high.

Employers have also reported having a harder time finding workers who pass drug tests. Positive workplace drug tests for marijuana have increased 178% nationwide since 2012. The construction company GE Johnson says it is recruiting construction workers from other states because it can’t find enough in Colorado to pass a drug test.

Honest legalizers admitted that these social costs might increase but said they’d be offset by fewer arrests and lower law enforcement costs. Yet arrests of black and Hispanic youth in Colorado for pot-related

The share of pot-related traffic deaths has roughly doubled in Washington and increased by a third in Colorado since legalization, and in the Centennial State pot is now involved in more than one of five traffic fatalities. Calls to poison control for overdoses have jumped 108% in Colorado and 68% in Washington since 2012.

Colorado Attorney General Cynthia Coffman has said that “criminals are still selling on the black market,” in part because state taxes make legal marijuana pricier than on the street. Drug cartels have moved to grow marijuana in the states or have switched to trafficking in more profitable drugs like heroin.

One irony is that a Big Pot industry is developing even as tobacco smokers are increasingly ostracized. The Arcview Group projects that the pot market could triple over four years to $22 billion. Pot retailers aren’t supposed to market specifically to kids, though they can still advertise on the radio or TV during, say, a college football game. Tobacco companies have been prohibited from advertising on TV since 1971.

The legalization movement is backed by the likes of George Soros and Napster co-founder Sean Parker, and this year they are vastly outspending opponents. No wonder U.S. support for legalizing marijuana has increased to 57% from 32% a decade ago, according to the Pew Research Center.

We realize it’s déclassé to resist this cultural imperative, and maybe voters think the right to get high when you want is worth the social and health costs of millions of more stoners. Then again, since four states have volunteered to be guinea pigs, maybe other states should wait and see if these negative trends continue.

Thanks to the WSJ Editorial Board for warning U.S. voters about the downside of commercialization of a highly addictive drug.