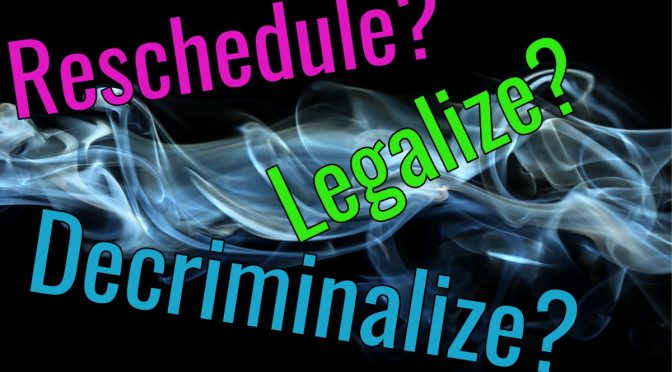 Parents Opposed to Pot does not support the legalization of marijuana. Six years of marijuana commercialization in Colorado and Washington gives us an informed perspective, and the policy of legalization failed at all levels.

We believe that states that have legalized adult use of marijuana need to repeal it. The tax money does not make the social costs worth it. States with legalization break federal law, even if the federal government does not enforce the law.  Legalizing and commercializing marijuana should not be a states’ rights issue.

We do not take a position on decriminalization, but ask our supporters to explore the position statements of SAM (Smart Approaches to Marijuana) and AALM (Americans Against Legalizing Marijuana) for education on this matter.

Is it ok to use pot?

We believe the message to youth must be that no amount of pot use is ok.  This message will save lives, preserve young brains, and lead to better short-term and long-term mental health.

We strongly believe that the use of marijuana is more dangerous than an arrest for marijuana. We acknowledge that damages from marijuana use on individuals are uneven and unpredictable.  The potency (percent of THC) in marijuana, the amount of use, and the starting age of the user affect outcomes, but no one can predict who will have a psychotic reaction from using it.  You do not need mental illness or addiction in the family to suffer extreme consequences from using marijuana.   Also, the brain damages from marijuana appear to come on to users much more quickly than the brain damage from extensive alcohol use.

We object to claims that marijuana is a “harmless herb,” “safer than alcohol,” or that it can be “regulated like alcohol.”  The industry targets youth through its advocacy in social media and advertising for marijuana.  The press fails at its duty to investigate false claims by the industry.  Drug education fails because it emphasizes harm reduction over primary prevention.

We don’t call people who use cannabis “criminals,” nor do we claim that people should go to jail if they use it.  There are all kinds of other variables that go into incarceration: plea bargaining down from other crimes; selling to youth; intent to sell, or if another person dies from drugs given or sold to them.

We object strongly to any marijuana use by pregnant and lactating women. The medical evidence against its use, and the potential for future damage to the children, are strong.

We strongly object to the use of marijuana by parents who have children in the home, or by people in charge of minors.  Any marijuana use impairs judgment a great deal more than a glass of wine or beer, and the number of child abuse deaths related to marijuana use is staggering.  Whenever small children are left in hot cars or left alone to drown in pools, we should check into the caregivers’ drug use.

No age group is safe from the risks of this drug, which is not safer than alcohol or tobacco.  In fact, studies show that: 1)the percentage of marijuana users who develop a cannabis use disorder is higher than the percentage of alcohol only users who develop an alcohol use disorder.  2) Long-term, heavy marijuana users  have more downward social mobility, job and relationship problems than long-time, heavy alcohol users.

Sometimes police have enforced laws against marijuana sporadically or arbitrarily, which leads to public confusion.

Legalizing drugs is the wrong way to address social justice problems. We acknowledge that arrests for this drug disproportionately affect black and brown youth.  In other words, blacks and Hispanics are arrested more frequently, relative to their rates of usage than whites.

Inequities in our social justice system are not caused by drug laws and are not unique to drug laws.

We don’t take a stand on the expungement of records for marijuana, due to the great variation in states’ laws.

We need to rely on drug courts.  Until a different system is in place, drug courts can provide effective treatment for people with problematic drug use and no resources.  We concede that arresting people for possession of marijuana is not the best way to alert and educate the public about the true dangers of this drug.

We believe marijuana must remain in a Schedule I classification, the same designation for heroin.  Schedule I is for drugs that have a high potential for abuse. Several agencies of government reviewed the designation multiple times.  Scientists in these agencies keep coming to the same conclusion:  Marijuana is a Schedule I drug.

The schedule I category also stands for no acknowledged medical use.  For information, we recommend a recently-published medical book, Cannabis in Medicine, edited by Kenneth Finn, MD.

Whole plant marijuana is not medicinal.  If components of the plant, or synthetic cannabinoids, are “medicinal,” the FDA (Food and Drug Administration) should make the determination. It must be regulated for purity, dosage and efficacy, and monitored by licensed medical doctors. For example, Epidiolex, a drug for seizures, went through FDA approval process and was approved to treat two types of childhood epilepsy.

Because the industry avoids FDA approval, it’s harder to hold them accountable.  For example, many people who became sick or died from EVALI were using marijuana vapes for “medical” reasons.   We accuse many medical marijuana dispensaries of failing to warn their “patients” of the risks, such as driving under the influence of medical marijuana and causing traffic fatalities.

Contrary to popular belief, there are extensive studies on the medicinal properties of marijuana.

Normalization and promotion of drug use

Marijuana legalization contributes to the epidemic of addiction, because it normalizes the use of drugs.  Addiction today is mainly poly substance abuse.  We believe — in contrast to the Drug Policy Alliance — that it’s possible to have a rich and fulfilling life without drug use. Whether we’re children or adults, we’re better off if we negotiate the challenges of life without substance use.  Using the term “War on Drugs” is passe, since the government stopped using that term over a dozen years ago.

(For more detail, please utilize the search function on this website, for example “drug policy,” “schedule I” “mental health,” etc.  We refer the public to a detailed article from USA Today for the problems presented by legalization. )