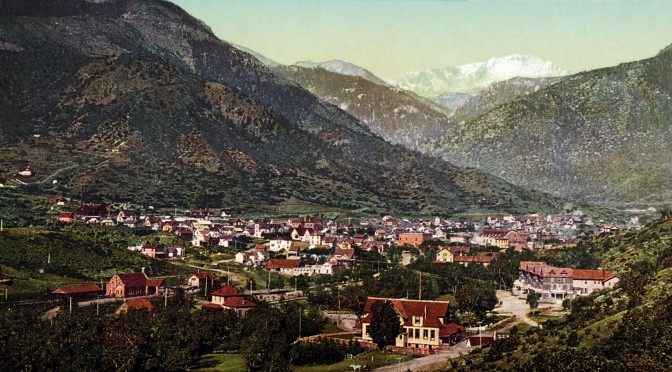 Born in Massachusetts, our son started out life with a very bright future.  As a toddler he was interested in things with wheels, and anything his big sister was doing. As he got older, Legos was his obsession. In his early school days he tended to get really into a subject, even those of his own choosing. For a while it was Russian language and then it was the Periodic Table.  He begged me to buy him a 2½-inch thick used Chemistry textbook before he was a pre-teen. I did.

I was able to be a stay-at-home parent until our son was 8. I tried to do all the right things. We played outside, limited screen time, and got together with other little ones and their moms for play groups. I read to him and his sister every night until they both reached middle school and wouldn’t let me anymore. Our son routinely tested in the 99th percentile on standardized tests and at least 3 grade levels above. Now, at age 17, he has dropped out of high school.

My husband and I both have Master’s degrees, and my husband is a public school administrator. His father is a retired architect. My mother is a retired elementary school teacher. Our family believes in education, we believe in learning and growing.     When asked why he continues to use drugs, mostly marijuana, my son said, “I think it’s because of the people we’re around.”

In reflecting back on “What happened?”   I blame marijuana. We now live in Colorado, where marijuana is legal and widely available to everyone.  What if we had never moved here?

How it All Began

My son’s first time using was in 7th grade when marijuana was legal only if used medicinally with a “Red Card,” if recommended by a physician.   Coloradans voted on legalization in November 2012 and marijuana stores opened in January, 2014. But back in 2012, he and some buddies got it from a friend’s older brother who had a Red Card.  From what I can tell, the use just kept escalating until his junior year in high school when he was using at least once a day…and when he attempted suicide.

Between that first incident in 2012 and the suicide attempt in 2015, his father and I waged an all-out battle on the drug that was invading our home. We grounded him; I took to sleeping on the couch outside his bedroom because he was sneaking out in the middle of the night; we yelled and screamed; I cried, we cajoled and tried to reason with him: ”You have a beautiful brain! Why are you doing things that will hurt your brain?”

We did weekly drug tests, we enlisted the school’s support, we enlisted our family’s support and we even tried talking to his friends.

But nothing worked. Our son was in love with marijuana. Our sweet, smart, funny, sarcastic, irreverent, adorable boy was so enamored with this drug that nothing we did — NOTHING — made any difference. And we slowly lost him.

At the same time I was battling marijuana at home, I was also leading a group in our community to vote against legalizing it in our small town.  I had teamed with a local business-owner and a physician and the three of us got the support of many prominent community members, including the school superintendent, the police chief, and the fire chief. We ran a full campaign, complete with a website where you could donate money, a Facebook page, and yard signs.

My son’s use isn’t the reason I got involved. I had started advocating against marijuana legalization long before I even realized he had a problem. My background is in health communication and I work in the hospital industry.  I sit on our local Board of Health, so allowing retail stores to sell an addictive drug just doesn’t make any sense. I did think about my children; what I was modeling for them; what kind of community we were raising them in, and the kind of world I envisioned for their future. Those are the reasons I got involved. My son’s use is actually the reason that I’ve pulled away from any sort of campaigning.

Unfortunately, we lost our fight. So in 2014, it became legal in our small town to purchase pot without a Red Card. And the following year, his junior year, he almost slipped away from us forever.

It Got Scarier and Scarier

His use by then had escalated to daily (and I suspect often more than once a day). Pot seemed to be everywhere! We found it hidden all over the house — in the bathroom, on top of the china cabinet, in his closet, outside, even in his sister’s bedroom. It’s a hard substance to hide because of the strong smell. Even in the “pharmacy” bottles and wrapped in plastic bags, the skunk stench still manages to seep out. But it sure seemed easy for a young boy to get!

He started leaving school in the middle of the day, or skipping school altogether, and his grades plummeted. Where he was once an A/B student and on the varsity cross-country team, he was now failing classes and not involved in anything. This boy who had tested in the 99th percentile was failing high school. And this boy who had once been the levity in our home, who used to make me laugh like no one else could or has since, this boy became a stranger.

Then in late 2015 our son attempted suicide. He was hospitalized, first overnight at the very hospital where I work, and then for a 3-day locked psychiatric unit stay. I remember very little from this difficult (and surreal) time except learning that it wasn’t his first attempt, and that he blamed us for how awful he felt. He started taking an antidepressant and after he was released we took him to a drug counselor for a total of three visits but after that he refused to go — he threatened to jump out of the car if we tried to take him. We tried a different counselor and that only lasted for one visit.

Changing Strategies and a Truce

At this point I convinced my husband that we had to approach things differently, because obviously what we were doing wasn’t working. We stopped the weekly drug tests (we knew he was using so there seemed to be no point anyway). We stopped yelling and punishing. And basically my husband stopped talking to our son altogether — they are both so angry and hurt that any communication turns toxic very quickly. He refused to go back to school so we agreed that he could do online classes.

There is an uneasy truce in our home right now. Now it just feels like waiting. Waiting for what will happen next. Waiting for the other shoe to drop.

Our son, 17, still lives with us.  His sister left for college this past summer. I acknowledge that he uses pot and doesn’t want to quit, but I continue sending the message that it’s not good for his brain. The one thing my husband and I won’t bend on is no drugs on our property. He has started five different online classes, but has so far finished only one. He doesn’t feel any pressure to finish school — he says he’ll get a GED, but hasn’t made any effort towards that end. He doesn’t drive and doesn’t express any desire to learn, which is probably good because I doubt he could be trusted to drive sober. He started working at a local restaurant recently and has been getting good feedback from his managers, which I take to be a positive sign.   (I’ll take any positive signs at this point!)

Trying Something Else and Blacking Out

I don’t know if the suicide attempt and hospitalization were rock bottom for our family, but I suspect not. Just this past weekend our son came home and I could tell he was on something — and it wasn’t marijuana or alcohol. I checked him periodically throughout the night and in the early morning he was awake and asked me how much trouble he was in. I replied that it depended on what he had taken. He said Xanax. He also said that he had blacked out and couldn’t remember anything that had happened from about an hour after he took it.

Later in the morning, when we were both more awake, I asked him about the Xanax (he got it from someone at the restaurant) and the pot use and what he saw for his future. He has no plans to stop using, but said that he probably wouldn’t take Xanax again (he didn’t like blacking out). He said that he’s very happy with his life right now, that he knows a lot of people who didn’t go to college who work two or three jobs and live in little apartments, and that he’s happy with that kind of future for himself.

I tried not to cry.  Imagine that as the goal for a boy who started life with so much curiosity and such a desire to learn.

It’s not that I don’t think he can have a good and decent life without a college education. But I know that he’ll have a much harder life. Statistically, Americans with fewer years of education have poorer health and shorter lives (partly due to lack of adequate health insurance), and Americans without a high school diploma are at greatest risk.   It’s not just life without a college education, but it is life with a brain that has been changed by marijuana.  Will he be able to give up pot?  If he does give up pot, will he recover the brain he had at one time?  Will he lose motivation?

I asked him why he used pot when he knew how his father and I felt about it and when we had tried so hard to steer him in a different direction.

He said: “I think it’s because of the people we’re around. And all the drugs that are around.”

I’ve finally accepted that his use is not in the range of normal teenage experimentation, and I’m barely surviving on the hope that he’ll eventually grow out of it…and that he doesn’t do any permanent damage.  In the meantime, I’m sorry that we ever moved here.