This year, only the Illinois rejected experts’ opinions and positioned itself as an outlier.  END_OF_DOCUMENT_TOKEN_TO_BE_REPLACED

It was the second year New Jersey Governor Phil Murphy tried to implement marijuana legalization through the legislature.  In New Jersey, END_OF_DOCUMENT_TOKEN_TO_BE_REPLACED 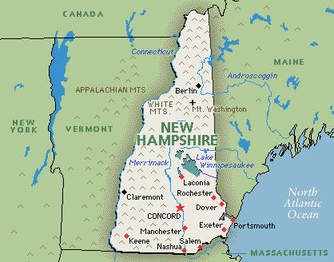 Last week a House bill to tax and regulate marijuana like alcohol was soundly defeated in the state of New Hampshire.  Opponents questioned the wisdom of making another addictive drug legal during a time of drug overdoses and deaths.

Last week in Wyoming, a bill to decriminalize marijuana was soundly defeated.    It was the third year in a row that marijuana advocates tried to to pass a decriminalization bill which would have lessened the fine for pot possession.

Furthermore, an attempt get legalization of recreational use marijuana on the Wyoming ballot  failed.   “The group fell far short of the roughly 25,600 signatures from registered voters needed to get on November’s ballot.”   The Wyoming Senate Judiciary panel issued a favorable recommendation for a bill to make marijuana edibles illegal.  (Levi Thamba Pongi , a foreign exchange student at college in Wyoming, became psychotic and committed suicide after eating a marijuana cookie in Colorado in March, 2014.)

Vermont gubernatorial candidate Bruce Lisman issued a statement critical of the governor and legislature for acting too quickly.  Six Vermont physician groups come out in opposition to legalizing marijuana for recreational use in their state.  The state’s health department wrote a scathing attack against legalization.

An state considering legalization needs to recognized the continuous onslaught of problems in the schools of Colorado.  Last week, 9 students were negatively affected by marijuana edibles that had gotten into a Colorado High School. ( Maine, the state next to New Hampshire had already rejected a bill to legalize marijuana by a vote of 2 to 1, last summer. )

If Justin Trudeau pushes the legalization effort in Canada, he will into trouble with international treaties, and possibly in the province government of Quebec.  The Finance Minister of Quebec warned that it will be hard to push them to sell marijuana.