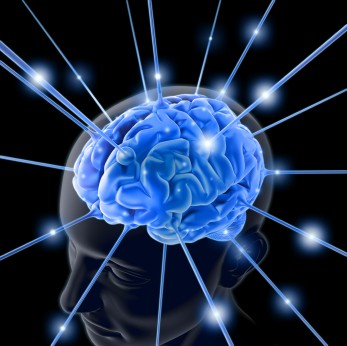 A study of soldiers with PTSD by Wilkinson and others at Yale University showed that marijuana made them more violent and made their PTSD worse. *   Nonetheless, under intense pressure, New Jersey Governor Chris Christie recently signed a bill allowing veterans to get marijuana for PTSD.   We published stories from two parents whose children — as veterans — used marijuana with tragic results:  Who Said No One Ever Died From Marijuana? and Help Save My Son for Himself and Others.

Cutting edge treatment for PTSDs include Eye Movement Desensitization and Reprocessing (EMDR). Since 2004, it has been recommended by the American Psychiatric Association,  World Health Organization, SAMHSA, the International Society of Stress Studies and the Veterans of Foreign Affairs.  It can often bring about symptom relief more rapidly and more effectively than any other type of therapy.  It is described in detail in The Body Keeps the Score by Bessel van der Kolk, who has been working with trauma patients for about 40 years.  As van der Kolk explains, trauma results in the fundamental reorganization of the way we manage perception.  It is not just an event.  It imprints on mind, brain and body.   Most of all, traumatic events affect the body and live on through the body.

EMDR therapy appears to link into the same neurological processes that take place in REM sleep and clean up the brain.  It reintegrates brains that have been dysregulated during adversity. This work can lead to rapid reduction in episodic memories of traumatic events that are stored in the hippocampus.   The International Society of Stress Studies categorized EMDR as an evidence-based level A treatment for PTSD in adults.  (There are professionals who advocate for Cognitive Behavior Therapy over EMDR for PTSD.  The search to  find any professional association that certifies that marijuana works for PTSD has proved fruitless.)

EMDR is important for not only the mind, but for the body processes by which it heals.   EMDR can be used as a treatment for chronic pain, too.   It is a mind-based pain treatment, which once again goes against the purpose of those pushing medical marijuana.

Neurofeedback, Mind-Based Stress Reduction (MBSR), yoga, acupunction and acupressure also may reverse the course chronic pain or PTSD — without medication.   As with all therapies and medical procedures, there are differences in the skill, experience and training of practitioners who use these techniques. 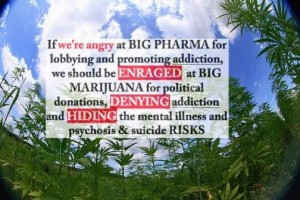 Pain strategies should take away the need for “medicating,” by treating the root cause of the pain.   A good book to describe how this happens is The Last Best Cure, by Donna Jackson Nazakawa.

Cynical Games to Mislead the Public

The marijuana industry is currently playing a cynical game of telling the world that addiction to pain pills should be replaced by another addictive substance — marijuana.   Yet — Colorado — known for its marijuana consumption — also leads the country in consumption of opiate pain pills, heroin and alcohol.   It defies common sense to replace one addictive substance for another.

At the moment, the marijuana industry is using pain, PTSD and seizures to aggressively advocate for marijuana legalization.  They’re exploiting veterans to get new users.  In addition to EMDR, yoga and dogs are other excellent treatments for those suffering from PTSD because thy facilitate connection.   The pot industry stands in the way of letting the public know about EMDR.   They stand in the way of letting about other mind-based treatments for both pain and PTSD.   These are  treatments that don’t involve permanent illness and disability.  The marijuana industry wants chronic “medical” users because addiction will keep Big Marijuana profitable.

Marijuana advocates claim it’s a plant from nature. However, poison ivy, hemlock and rattlesnakes also come from nature.  If more people knew the truth, the public wouldn’t need its medical marijuana.   It was planned as a ruse from the start.

*2,276 veterans were studied between 1992 to 2011.  An example of a veteran using marijuana for PTSD who became violent is Eddie Routh.  Routh shot and killed Chris Kyle and Chad Littlefield when he became paranoid and thought they were going to hurt him.  He is now serving time in prison.