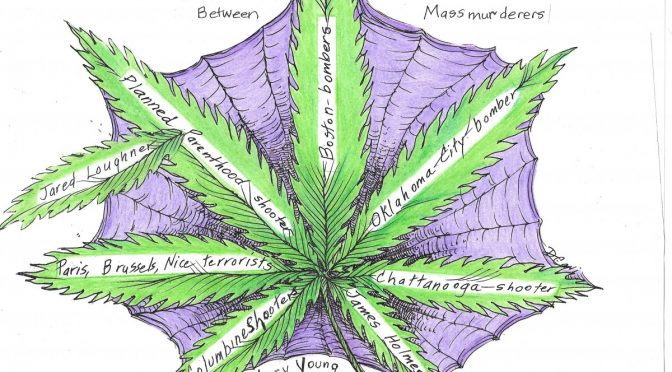 In December, the Ventura County District Attorney released a report on the Thousand Oaks, CA, shooting and killing of 12 people.  “Toxicological testing on Ian David Long detected marijuana, caffeine, and tobacco, but no other drugs, medications or psychoactive substances.”  It’s yet another incident showing the relationship between cannabis and mass violence, a factor rarely discussed by the press.   The incident occurred in November 2019, and the full report took two years to be made public. END_OF_DOCUMENT_TOKEN_TO_BE_REPLACED