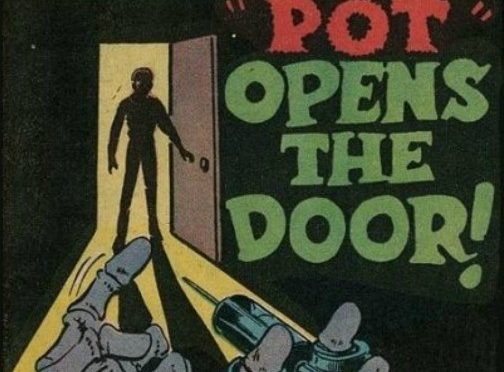 Student Asked Attorney General if Marijuana is a Gateway to Heroin

When Attorney General Loretta Lynch went to Kentucky last week to address the heroin epidemic, a high school student asked if marijuana is a gateway to heroin addiction.   The Attorney General never denied that marijuana may have an influence, but she drew a closer connection to the overuse of pills.  The marijuana lobby claimed she said ‘marijuana is not a gateway drug.’  Her implication was that opiate pain pills may have the most direct link and immediate link to heroin addiction.  (Heroin is cheap right now and it’s harder to get opiate pain pills.)

Certain biologists, addiction specialists, ONDCP director Michael Botticelli and parents are most capable of answering this question.  Traditionally marijuana, alcohol and tobacco are considered gateways to other drugs. Under many circumstances, teen marijuana  experimentation leads to the usage of other harmful drugs, including those that cause toxic overdose.   Scientific studies on the drug have shown its ability to damage brain circuitry.  It numbs the reward system, sending users on a search for a stronger high. Peer influence or personality traits can spiral into the use of drugs beyond marijuana. Here are some reasons why marijuana tempts someone to open the gate and try other drugs.

Marijuana advocates dismiss the gateway “theory,” but they also deny that marijuana affects different people very differently.   It is not part of their agenda to accept or acknowledge these differences.

Studies showing the damaging effects marijuana has on dopamine receptors and our brain’s reward system suggest marijuana may lead to the use of many other different drugs. In one study done by the University of Michigan Medical School, researchers found a negative correlation between the amount of marijuana consumed over time and the amount of dopamine that was released in the brain in response. This study suggests a change in the reward system over time with a high-inducing drug like marijuana. This decrease in the amount of dopamine released creates a plateau effect. Smokers will then seek other drugs in order to achieve the high they used to experience with pot.

It is important to consider the pot smoker’s social environment.   Most high schoolers now say it’s easier to get marijuana than alcohol. Those who begin using pot and alcohol, usually the first two illicit substances of abuse,  are likely surrounded by other frequent users.   In no time some of these peers will have moved on to chasing other highs.   If your teen is already high on pot or inebriated — even slightly —  it’s hard to resist the invite from a friend to try another substance.   A teen who has resolved to do “only pot” can quickly break down and try other drugs when he or she has lost inhibitions.

Marijuana, alongside alcohol, is one of the most accessible high-inducing drugs on the market, making it a gateway drug to intoxication. Jon Daily, an adolescent and young adult addiction specialist in California explains that he and his colleagues treat drug addicts who were always first addicted to marijuana and/or alcohol.  In his practice, over-prescribing by doctors did not cause the problem.   Jon contends that it is not necessarily the substance that people get hooked on that is really important.  (Please take note that the price of heroin is so low right now. )  “Addicts are hooked on intoxication,” so it makes sense that those who become opiate or heroin addicts began with marijuana because it was the most readily available drug which later lead to their pathological relationship to getting high.    Daily does mention a very small portion who get addicted because they were given pain pills after surgery, but these people are the exception.

4. Childhood Trauma or Sexual abuse can lead to marijuana use to numb the pain, typically followed by stimulants:

Our children who grow up in poverty or who are victims of abuse can be most at the most risk.  It is one reason that Parents Opposed to Pot always recommends counseling over drug usage for victims of trauma and asks that parents, schools and communities be supportive.  Victims of trauma will initially use marijuana and alcohol to create a numbing effect, and to allow disassociation.   When the numbing is too much and the victims need to feel energized and alive again, stimulants such as as speed, cocaine and opiates would be used.   It’s a vicious cycle.  (Of course this cycling is not limited to trauma victims; it is the type of cycling that Lady Gaga describes also.)  Marijuana and heroin have the greatest numbing effect, according to one paper on the subject.  Read Janina Fisher’s paper on Traumatic Abuse and Addiction.

Substance abusing parents can be violent and neglectful.  It is in this way that many young people and people whose parents were substance abusers become addicted themselves.  (There is much more to drug abuse than addictive genes.)   Today multi-substance abuse or addiction is the norm.

5. Impoverished communities are preyed upon by gangs who will use multiple drugs:

Children of poverty are also at risk.  One of the most prevalent subcultures in this country is that of drug dealing gangs.   Gangs prey on poor and minority communities.  (Marijuana stores seem to be following that example.)  These gangs use intimidation and violence to enforce their rule and make their money.    They often appear to be the leaders in their communities who have the most money and power.    Check out the story of one man, Eddie Martinez, who grew up in the Chicago projects.  He managed to overcome a life of drug dealing and  crime.  Today he advises young people to steer clear of the dangers of marijuana, drugs and its victims.

Other Gateway Drugs or Reasons for Addiction?

What about ADHD drug usage and Addictive personalities?

For some people, marijuana use a one-time event, or something only used occasionally.  There are others who can’t seem to stop, for whom marijuana is an addiction.  Yet some writers and theorists discard the larger society’s expectations that teens will use drugs plays a roll in addiction.

Addiction counselors notice that a large number of young people who show up for treatment were diagnosed with ADHD.   Those who were given Ritalin, Adderall or other stimulant drugs also have a high potential to abuse marijuana.  However, we do not know if these young people become addicted because of the ADHD or because these youth have brains that had already been altered by the ADHD drugs at a young age.   Government and educators would be wise to come up with an alternative to using powerful mind-altering drugs for those who have difficulty concentrating.

Another theory is what is known as an addictive personality. Especially males, who are often considered “risk-takers,” have a greater chance of becoming addicts when they are willing to engage in extreme behaviors. So while marijuana presents itself as a gateway drug to many, the risks to an individual depends their personal choices.

THE RELATIONSHIP to ADHD drugs and marijuana, opiate and heroin abuse, as well as the roll of addictive personalities in this epidemic needs to be studied further.

(Your child or teen is at risk for developing three other negative outcomes from marijuana experimentation: addiction to marijuana, loss of mental abilities and/or mental illness.)

NOTE: Teen tobacco use has gone way down, as fewer adults smoke.  There is nothing fashionable about it at this time.  However, adult marijuana use is growing and a corresponding growth in youth usage can be expected.  It is just as the marijuana lobby hopes.