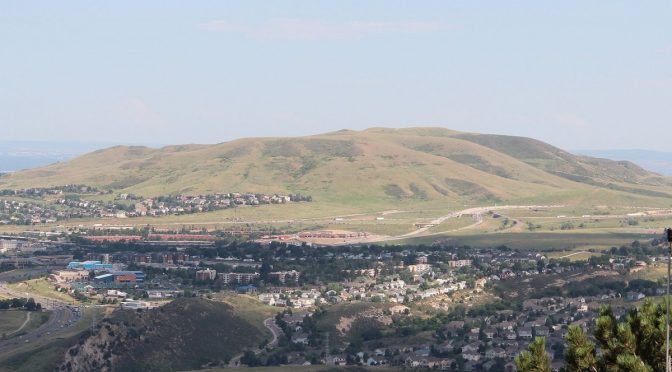 Although stated with confusing language, the measure would allow for expanding existing medical marijuana businesses into recreational marijuana businesses. It would provide for significant expansion in the size and number, as well as industrial style marijuana grows.  For more information, END_OF_DOCUMENT_TOKEN_TO_BE_REPLACED

(Above, 420 party in Denver, 2013, AP photo/Brennan Linsley. This is the 4th in a series on Retail pot battles.) In Colorado where marijuana is legal for both recreational and medical use — a result of the vote two years ago — communities are fighting to push back against the pot businesses.  As Coloradans try to gain control of their neighborhoods from an invasive marijuana industry, voters in Oregon, Alaska and Washington, DC — where legalizing marijuana is on the ballot now — have a chance to learn a lesson.

A decision to legalize marijuana should not be taken lightly.   A decision to allow medical marijuana, as in Florida and Guam at the moment, is often an open door to the quasi-legalization of pot.

Battles are heated in Jefferson County, just west of Denver.  The city of Lakewood is currently voting on 2A, a ballot to ban marijuana.   Already Denver has more marijuana shops than Starbucks.

In the city of Wheat Ridge, just north of Lakewood and to the west of Denver, the community is standing together to keep pot out of their neighborhoods.  Residents may attend a city council meeting of Monday, October 27, and speak out about the proposed 10,000-square-foot marijuana grow, and about overall concerns regarding retail marijuana.

The community is demanding a say in the creation of a 10,000- square-foot grow house and dispensary. The public is also calling to end to activities of a local head shop, Three Kings Dab Supply.

“Wheat Ridge jumped the gun with bringing in recreational marijuana. They didn’t look at the big picture,” says Jennifer Shepherd.   She added, “I, the mother of 2 young boys, have a recreational and medical dispensary next to our neighborhood playground.”  At this time there are five dispensaries or retail stores  in the city.

The city council voted to legalize the sale of recreational marijuana October of last year. District 1 Councilman Bud Starker, who voted to legalize recreational pot, says the people of Colorado did approve Amendment 64. “I think the (city) legislation that was introduced seems to balance the two interests — the will of the people and safeguarding the public,” Starker said.

There’s been a shocking trend of municipal ruling bodies who shut out public input into decisions regarding marijuana businesses throughout Colorado communities. Are they over-anxious and greedy for tax revenue? Many Coloradans didn’t realize their vote on Amendment 64 would be interpreted as a vote for recreational shops in their towns.

Jennifer Yates, a member of Parents for a Healthy Colorado, says, “There was rumor of a proposed 10,000-square-foot store, grow and MIPS (Marijuana-Infused Products) operation to be built 300 feet from my house. This site is in the walking path of a middle school.”

“Our city council and officials kept saying there is no application for this site, but I found a pre-application [after searching for the address]. I presented it to council Monday night and they finally admitted that this information is correct. It’s just frustrating that our elected leaders seemed to be dodging and dismissing what was really about to happen on that property.”   It turns out the proposed site will not be for a MIP.

Is the Money for Education?

Hundreds of Wheat Ridge community members joined together, rallying and appearing at the City Council meeting, filling overflow rooms and hallways, on September 22, 2014.

Pro-marijuana supporters stress that revenue taxes will go towards education.

“As far as taxes go, as an educator I don’t want drug money,” said former Lakewood High School Principal Ron Castagna. “It’s not worth it; I’ve watched kids die over this stuff.” The parents and educators of Wheat Ridge seem to think that banning the dispensaries, as many called their city council to do, would be a far greater advantage to their children.

A head shop in Wheat Ridge, Three Kings Dab Supply, is also a recent topic of controversy in the neighborhood. The shop sells bongs, pipes, and other smoking devices, as well as offers space to glassblowers to practice their craft. It promotes a space in which pot smokers can come and “bring your own dab.”

Complaints began when a neighbor who shares the driveway with Three Kings’ parking lot became frustrated with the amount of cars in the parking lot. Jennifer Yates, who drives past the supply shop several times a week to take her daughter to gymnastics, commented on Three Kings Dab Supply, “I noticed that most times there are only 2-4 cars in the lot, but on Friday nights, there were 15-20 cars.”

It will continue to be an on-going concern, because those who go to the club can party on the property, in a backyard, where noise and smoke can invade the neighborhood.  While the business does not distribute marijuana and may seem a lovely artistic gathering place, it is a concern for parents and their children.