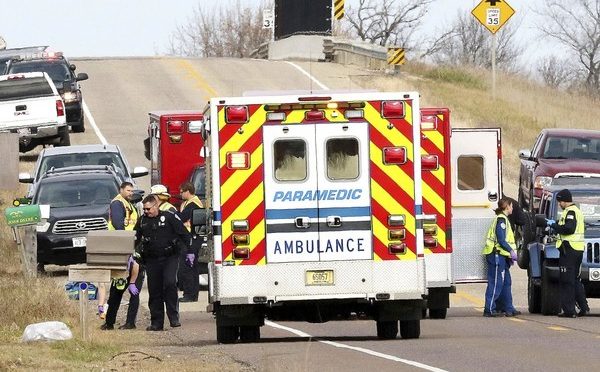 A hit-and-run driver killed three Girl Scouts and an adult supervisor who were picking up trash along a Wisconsin highway.  Wausau ABC affiliate WAOW reported the incident. The driver turned himself in …later.

The marijuana proponents tell their friends to run – because they know the THC level leaves the blood (but NOT the brain) very fast – losing 80-90% from the blood within the first hour after smoking.

BUT an oral saliva test is positive for longer and should be performed in ALL of these cases…. immediately.

Are pedestrians targeted by drivers?

Another hit-and-run incident occurred in Colorado on Halloween.  The crash seriously injured a 15-year-old girl who was trick-or treating.  On Saturday, authorities arrested Kaitlin Golden who told them she thought she hit a deer.

The #1 cause of driving fatalities is drugged driving (NOT alcohol alone driving).  The number one agent after alcohol is marijuana.

Back in Wisconsin, a fourth Girl Scout remains in the hospital, in  critical condition.  The girls, fourth graders,  wore brightly colored vests which could easily be seen.

Colton Treu, 21, of Chippewa Falls, Wisconsin, allegedly left the scene, but later surrendered to authorities and was arrested, WAOW reported.  The crash occurred late Saturday morning in the village of Lake Hallie, about 95 miles east of Minneapolis.

The incident comes at the end of a particularly deadly week for children hit by cars.

In the deadliest crash, three siblings died when they were hit by a pickup truck while boarding a bus in Rochester, Indiana, on Tuesday. A 9-year-old was struck and killed while crossing the street to board a bus in northern Mississippi on Wednesday, and a second-grader in Pennsylvania was killed when struck by a vehicle at a bus stop on Thursday.   We mourn the loss of these children.