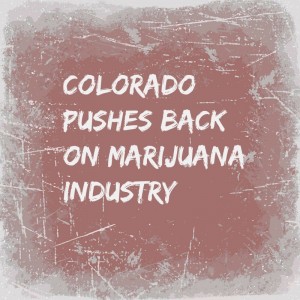 New reports out of Colorado indicate that legal marijuana  is posing real risks to the safety of young people. As Colorado rethinks marijuana, the rest of the nation should watch carefully this failing experiment.

Healthcare officials representing three hospitals in Pueblo, Colorado, issued a statement on April 27 in support of a ballot measure that would end Marijuana commercialization in the city and county of Pueblo. “We continue to see firsthand the increased patient harm caused by retail marijuana, and we want the Pueblo community to understand that the commercialization of marijuana is a significant public health and safety issue,” said Mike Baxter, president and CEO of Parkview Medical Center.

Among their concerns are  a 51 percent increase in number of children under 18 being treated in Parkview Medical Center emergency rooms.  Furthermore, of newborn babies at St. Mary-Corwin Hospital, drug tested due to suspected prenatal exposure, nearly half tested positive for marijuana.

In more bad news for the pot promoters, the Denver school system has produced a video to show how marijuana tax revenues are not providing education dollars. This is a common rationale used by the industry to garner support for legal weed.

Earlier this month, the Denver Post published an opinion piece by a Colorado activist which raises the issue of the high potency levels of pot, and the widespread use of marijuana by teenagers in the state.  Marijuana above 15% potency is considered a hard drug in the Netherlands, yet Colorado’s pot is 17% and beyond. Describing the risk of marijuana to the developing brains of young people, the writer then goes into the troubling statistics:

“… especially of concern given than 36.9 percent of Colorado high school students say they have tried marijuana, according to the 2013 Healthy Kids Colorado Survey. One out of five students reported using it in the past 30 days.

In Denver, where there’s been the most marijuana commercialization, teen use over the previous month was disturbingly much higher, at 26.6 percent, with almost half of students saying they have tried marijuana.”

A bill to ban marijuana edibles which appeal to young children, such as gummy bears, is now being considered in the Colorado state legislature. It just passed the House with an overwhelming majority and is heading to the senate.

Smart Colorado, a citizen action group concerned about marijuana’s impact on youth, health and safety says that 165 cities and counties have banned marijuana sales, and yet 61% of high school seniors have already tried marijuana.

It is time to end the unwise Colorado experiment which is endangering the lives and futures of the most vulnerable.