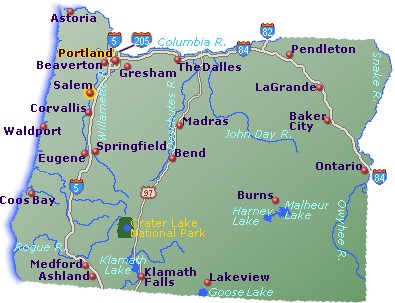 Congressman Earl Blumenauer isn’t voicing objections to the $1.5 million of out-of-state money to finance Measure 91,  the ballot to legalize marijuana in Oregon.   However, he supports a constitutional amendment to overturn the Supreme Court’s Citizens United ruling of 2010, which prevents limits on campaign contributions from corporations and associations.   Like so many politicians, his inconsistency is puzzling.  It can only be understood if we imagine that he’s under the thumb of the marijuana industry.

Instead of complaining  of the out-of-state billionaires, the Congressman from Portland takes on the small-time public servants and volunteers.  These are people who would have presented the latest educational information on marijuana and other drugs,  to the smaller towns and cities in Oregon.  If Blumenauer had adequately looked into the studies of youth marijuana usage and other illicit drug usage of his state, he would have known that drug education is needed. 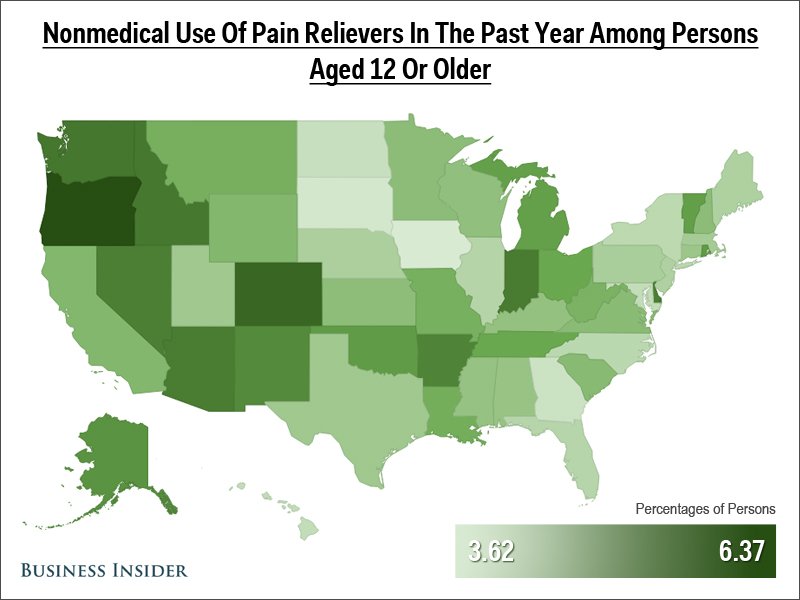 Oregon ranks very high in all illicit drug usage, compared to other states.  (These maps were published late last year, using statistics from 2010-11)   Regarding the current heroin epidemic, and deaths from overdose,  it’s wise to ask why all alcohol and drug prevention programs get 48% less in federal funds than they received 10 years ago!

The money in question was $15,000.  A non-profit prevention group that receives federal funds was going to use the money to put on a summit in Madras, Oregon, followed by a tour.

Voters should have much more of an issue with more than $1.5 million — 100 x the amount provided for the summit —  that outsiders have spent to legalize marijuana in their state.

Rep. Blumenauer has called for a federal investigation into whether taxpayer dollars are being improperly spent on marijuana education events that he said appear to be aimed at influencing voters to oppose the November ballot measure that would legalize the drug.    Kevin Sabet of Project SAM was to be a speaker at 12 localities around the state, just as he had been educating in Oregon years before.  At this time, the program has now been reduced substantially, although a district attorney has been raising funds. This particular summit is a continuation of educational events that takes place every two years in that community and has been going on for over a decade.  Oregon does not have a state-sponsored program of drug education that provides education to the counties.  Local prevention coordinators must do that job.

Blumenauer had taken aim at Mandi Puckett who left her job at Best Care Treatment Services in Madras, to become coordinator of Vote No on 91-Oregon campaign.  Puckett explained in a Press Release on Friday: “My job was to help apply for State and Federal grants and work with the local coalition to use that money to educate people about the dangers of using addictive substances.”  Prevention education efforts, like the Madras Summit, are often a required component of grant applications.  The educational summit in Madras, followed by the tour of Oregon cities was planned between Fall of 2012 to Spring of 2014,  before Measure 91 was on the ballot. There were various stages for approval of the tour, before the state granted final approval in writing from the Oregon Health Authority.  “Later, when it was announced the measure would be on the November ballot, we took extra steps to include in our work plan and advise presenters to not speak about the ballot measure. Our goal was to educate, not lobby,” said Puckett.

So as it appears, prevention coordinators were required in their “federally-approved work plans” to educate about alcohol and drugs, including marijuana.  The state, via Oregon Health Authority, was involved in that process and granted approval for the Summit and the tour, which was in planning long before Measure 91 was on the ballot.  Then in August, when advocates in favor of Measure 91 learned of the approved educational events, is when the problem occurred.  According to documents provided by the Oregonian, representatives of Measure 91 and a member of Congress, who is a supporter of Measure 91, lodged false accusations against prevention educators funded to do the very work they were approved to do.

Not Tiny Grants, but Big-time Marijuana Money from the PACs

As one of Congress’ leading advocates for the marijuana industry, Blumenauer isn’t questioning the use of huge donors with no connection to his Congressional district or state.  New Approach Oregon, the group sponsoring Measure 91, plans to spend $2.3 on television ads, while the opposition has no money to advertise.  Here’s the group’s financial status:

Soros is connected to the Drug Policy Action PAC.  Because not all donors to PACs are made public, it is a bit difficult to sort the information.  None of the big donors appears to be from Oregon.

Soros lives in New York.  Peter Lewis was a Florida resident when he died in November, and his sons have continued to contribute to the campaign.   Philip Harvey is from Washington, DC, and Henry van Ameringen lives in New York.  They serve on the New Approach Oregon Committee, along with Cari Tuna, wife of a Facebook co-founder.

How Marijuana Money Controlled the Oregon Election in 2012

In Oregon, the marijuana lobby succeeded in determining the outcome of the 2012 race for Attorney General.   The winning candidate in the Democratic primary for Attorney General had received the largest portion of her campaign money from marijuana industry supporters.  These donations came from: Drug Policy Action committee,  $80,000; Arizona resident John Sperling, $70,000, and Citizens for Sensible Law Enforcement, which spent $53,000 on radio ads.  (The largest non-marijuana donation was $25,000)  There were to be no Republican candidates running in the primary or general election.  Since it was a ballot by mail and only 25% of the Democrats voted,  marijuana advocates got out their vote.

Other voters were led to think the main issue was that the opponent, interim US Attorney General Dwight Holton, had not been a resident of Oregon very long.   In reality, Holton had taken a tough stance on drugs, allowing some federal raids on marijuana producers in violation of law.  He had called the state’s medical marijuana program a “train wreck.”   Medical marijuana came to Oregon after a ballot vote in 1998, but it didn’t come under state regulations until this year.

Winner Ellen Rosenbaum had promised not to prosecute medical marijuana.  John Sperling, also a big marijuana donor, was the founder of the University of Phoenix.  At the time, Oregon’s Justice department was part of a multi-state investigation into his school and other for-profit universities.  Only 25% of the Democrats voted, so it is clear that radio commercials sponsored by pro-pot groups, in addition to Rosenblum’s campaign ads, got out the “weed vote.”   Rosenblum won by 64% to 36%, and the marijuana groups  bragged about their victory.

Two years ago the big out-of-state donors financed marijuana legalization campaigns in Washington and Colorado, but they did not donate to Measure 80,  Oregon’s failed legalization initiative of November 2012.   However, by June 2012, BIG MARIJUANA had already funded and controlled the race for Attorney General that year, which promised that medical marijuana in the state would — relatively speaking — continue unregulated.

This year’s initiative,  Measure 91, would place marijuana regulation under the state liquor board.  The premises of Measure 91 are that legalization would 1) Eliminate 12,800 arrests (The number of marijuana arrests was actually around 2700, politifact.com found.   2) Regulation would do a better job at keeping it away from children (only with good prevention education!) and 3) It would eliminate drug cartels and give profits to the state instead of criminals (highly speculative, with no concrete evidence).

New Approach Oregon hired ECONorthwest, a Portland firm,  to estimate the potential tax revenues of a legalized marijuana industry, if this measure is approved. The estimate of $38.5 million for the first year was to be based on a Colorado’s figures, from the viewpoint of cost/benefit analysis.  Currently, Colorado is taking in much lower taxes than they originally planned.

Although the tax rate would be lower than Colorado’s tax, the experience in Colorado and Washington shows that black markets don’t end with legalization.  Marijuana has been decriminalized in Oregon since 1973, and medical marijuana was approved in 1998. The Oregon Medical Association does not recommend marijuana for medical reasons, or otherwise.  After 15 years, Oregon only began regulating medical marijuana this year, after passage of House Bill 3460.

Why BIG MARIJUANA won in Colorado

The Marijuana industry targeted Colorado for legalization because its largest city, Denver, is in the center of the state.  The Denver – Colorado Springs television market is the only place in the state with a sizable population.   Television ads could target the Denver region, while other parts of the state  were less likely to know marijuana was on the ballot. The Marijuana Industry may have hoped the same thing could happen in Oregon this year.  Possibly they took issue with Madras summit because voters in outlying areas would be getting more factual information about marijuana.  As in Colorado, voting in Oregon is done by mail in the weeks leading up to the election date.

Oregon compares well to Colorado, because both states have a high number of pain pill abusers and other drug abusers.  States with medical marijuana tend to have higher percentages abuse, dependence and teen marijuana usage.  It’s not clear if the difference reflects medical marijuana or the low perception of risk from using pot.  An exception is Maine, which has had medical marijuana since 1998, but its percentage  of youth marijuana use and all drug  use is significantly lower than in nearby states and it can be attributed to good prevention education programs and staff.

States that have high amount of illicit drug usage tend be the states where the highest percentage of teens begin using marijuana at a young age, Oregon included. There’s good reason to believe the Summit in Madras and the entire 12-city tour is very much needed

We ask Representative Blumenauer and other politicians to stop pandering to the marijuana industry and caving to their lobbyists.