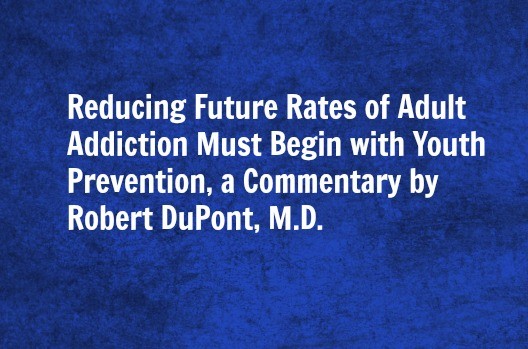 The United States is confronting a public health crisis of rising adult drug addiction, most visibly documented by an unprecedented number of opioid overdose deaths.1 Most of these overdose deaths are not from the use of a single substance – opioids – but rather are underreported polysubstance deaths.2 This is happening in the context of a swelling national interest in legalizing marijuana use for recreational and/or medical use.  As these two epic drug policy developments roil the nation, there is an opportunity to embrace a powerful initiative.  Ninety percent of all adult substance use disorders trace back to origins in adolescence.3 4  New prevention efforts are needed that inform young people, the age group most at-risk for the onset of substance use problems, of the dangerous minefield of substance use that could have a profound negative impact on their future plans and dreams.

END_OF_DOCUMENT_TOKEN_TO_BE_REPLACED 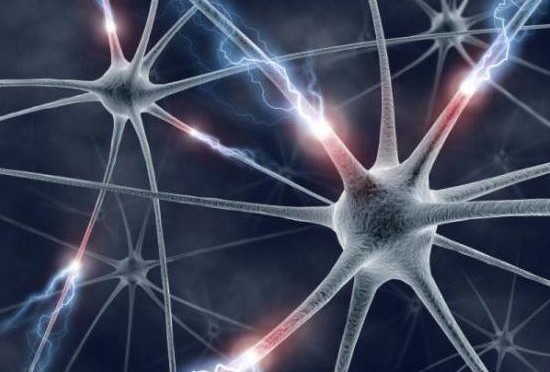 By  Robert L. DuPont, MD,President, Institute of Behavior and Health, a  501(c)3 non-profit organization working to reduce illegal drug use through the power of good ideas.

Often overlooked in discussions of drug policy today is the nature of the drug problem. The global drug problem can be traced to the innate nature of the human brain. The mammalian brain is extremely vulnerable to chemicals that stimulate brain reward. These chemicals are drugs of abuse. They produce far more intense brain reward than any natural reward, even sex and food. The repeated use of drugs of abuse leads to addiction. In its definition of addiction, the American Society of Addiction Medicine notes that it is “characterized by inability to consistently abstain, impairment in behavioral control, craving, diminished recognition of significant problems with one’s behaviors and interpersonal relationships, and a dysfunctional emotional response.”

Addiction is a chronic, often fatal, illness that typically begins in adolescence. The earlier an individual uses drugs of abuse, including alcohol and marijuana, the more likely it is that the person will develop a substance use disorder later in life. The best way to prevent addiction is to prevent the use of these substances. As a 13-year-old said to me years ago, “I don’t want to try cigarettes because I might like them.”

While the biology of addiction has not changed for millions of years, over the past half century drug use has changed dramatically. In the modern drug abuse epidemic, whole populations are exposed to a mind-bending array of drugs of abuse by powerful routes of administration. This has never happened before in human history.

Marijuana, the most widely used illegal drug, has been transformed in the time since the peak of its use in the United States in 1978. The potency of marijuana, as measured by the level of THC (the primary active cannabinoid in marijuana), has tripled over this time. New modes of marijuana consumption have increased the potency of marijuana delivery. For example, butane hash oil contains dramatically higher levels of THC, with concentrations up to 90 percent.

The addiction landscape also has changed as a result of the non-medical use of legal prescription drugs. Eighty percent of the global opioid supply is consumed by Americans who constitute less than five percent of the world’s population. With widespread medical use of opioid analgesics has come an epidemic of opiate dependence. The number of drug overdose deaths in the US has surpassed highway fatalities. The widespread use of prescription drugs has led to changes in the demographics of heroin use and subsequent heroin overdoses. Forty years ago heroin addiction was mostly confined to young inner-city men who often were involved in criminal activities. The new demography of heroin is the result of the demography of those that use pain medications non-medically. An estimated half of young heroin users previously abused prescription opioids prior to their heroin use. Heroin addiction has reached all parts of the country, especially small towns and rural areas, and is no longer limited to minority, male or lower income populations.

The drug epidemic continues to evolve in complex ways even as the public attitudes toward the use of drugs are shifting. Attitudes today are far more permissive toward the “recreational” use of drugs, especially marijuana. National polls indicate that a growing majority of Americans now favor legalization of marijuana for “recreational” use by adults.

The well-funded lobby promoting the normalization of the use of marijuana (and other drugs) is based on the erroneous premise that marijuana is not only safe but also beneficial. (Ed. note: Three billionaires have spent an estimated $200,000,000 to legalize marijuana.) In contrast to this view, the science is clear that marijuana use is a serious threat to health, safety and productivity. As the negative impact of legal marijuana in the states of Colorado and Washington – and in the states that permit “medical” marijuana – is more widely understood, attitudes toward permissive drug use will shift once again.

The US, and the entire world, is at a crossroads in drug policy today with two oppositional perspectives on the future of drug policy. On the one hand is the vision on which current global drug policy was established in the first decades of the 20th century with the US in the lead which separates medical use from non-medical use of drugs with abuse potential. Under this framework, the goal of drug policy is to limit the use of drugs of abuse to medical uses only. Drugs of abuse are provided only through the process of physicians’ prescriptions and dispensed at pharmacies in a closed system and only for the treatment of diseases. The use of drugs of abuse outside of this very limited medical practice and their sale is illegal, punishable by the criminal law.

This well-established formulation of drug policy now is threatened by an alternative vision that treats drugs of abuse the way alcohol and tobacco are treated: through regulated production and sale to adults for legal use for any purpose. The campaign for this alternative drug policy begins with the legalization of marijuana but the stakes are far greater because it applies to all drugs of abuse and because there are enormous potential profits to be earned in this new marketplace. This move erases the sharp line between legal and illegal drugs. Erasing this line frustrates prevention and it opens the floodgates to widespread drug use.

When considering the potential public health impact of the legalization of drugs of abuse, including marijuana, it is helpful to consider the rates of use of the two legal drugs. Among Americans age 12 and older, 52 percent used alcohol and 27 percent used tobacco in the past month whereas 9 percent used any illegal drug. Only 7 percent of Americans used marijuana. Treating marijuana – to say nothing of other drugs of abuse – the way alcohol and tobacco are treated most certainly will increase availability and with it dramatically increase the level of marijuana use to a level that is similar to the use of the two currently legal drugs.

Is increased marijuana use and subsequent proportional increases in marijuana addiction in the interest of the nation’s public health? I don’t think so. The use of alcohol and tobacco are the two leading causes of preventable illness and death in the United States. Adding a third legal drug will add to the devastation that these legal drugs already generate.

What is the better answer for the future of drug policy, if it is not the legalization and regulation of drugs of abuse? The future of an effective drug policy lies in finding ways to reduce the use of drugs of abuse that are compatible with modern values and laws. This search for better ways to reduce illegal drug use is the focus and the agenda of the Institute for Behavior and Heath, Inc. (www.ibhinc.org). There are many good new ideas for drug policy, all based on the recognition of the vulnerability of the brain to the excessive, unnatural stimulation of brain reward mechanism by drugs of abuse which leads to addiction for millions of people and the resulting devastation suffered by these individuals, their families and their communities.

Rather than embrace drug legalization, we must develop innovative policies and programs that reduce the use of drugs of abuse and we must provide assistance, including quality treatment that achieves long-term recovery, to those with substance use disorders.

(Editor’s Note–Original article, “The Changing State of Drug Policy,” is reprinted with permission from the Institute of Behavior and Health website, where footnotes align exactly with text.  It publishes several excellent articles about the influence of drug policy on addiction, drugged driving,etc.)

Established in 1978, the Institute for Behavior and Health, Inc. (IBH) is a 501(c)3 non-profit organization working to reduce illegal drug use through the power of good ideas. IBH websites include: www.ibhinc.org, www.StopDruggedDriving.org, www.PreventTeenDrugUse.org, and www.PreventionNotPunishment.org.