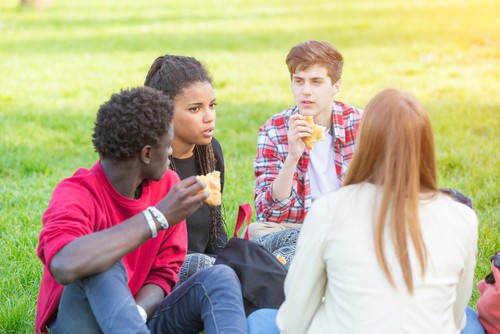 Social Justice is a pretext, the handy catch phrase to get people to support the legalization of pot.  The idea doesn’t come from disadvantaged minorities.  “Marijuana legalization is the worst way forward to reforming drug policy for the minority community,” claims Will Jones, founder of Two is Enough D.C.

Jones, whose family has always been involved in the Civil Rights movement, is enraged by the social justice message. “If you aren’t a minority, maybe legalization does look ok because you’re not going to have the deluge of (pot) stores in your community,”  Liquor shops are on every block in his neighborhood.  Jones admonishes the marijuana industry for “cherry picking criminal justice issues to conveniently pick a statistic that helps them.”  Of the places that voted to legalize pot, only Washington DC has managed to stay free of commercial pot stores.

It was easy to cut through the illusion by watching Ethan Nadelmann at the Democratic National Convention last summer.  Nadelmann, director of Drug Policy Alliance (DPA), was bragging to his supporters about how profitable the marijuana industry is.  At the end of the video, when the cameras was on him, he added “and don’t forget social justice.”  It was an afterthought.  He must have been joking.

The Reality Where Pot is Legalized

In Denver, the pot businesses have located mainly in low-income minority neighborhoods, taking advantage of those with the least amount of political clout.  Buzz Feed reports that black people are being shut out of America’s weed boom.  Blacks own only about one percent of the 3,600 storefront marijuana dispensaries in the United States.  Hispanics may own even less. For the most part, whites alone have benefited from the huge profits in the weed industry.

Denver District Attorney Mitch Morrissey recently explained that crime shot up after legalization in Colorado.  In fact, the homicide rate was higher in 2015 than it had ever been.    (Marijuana is the drug most likely to trigger crime.)    Homelessness as a result of legalization has also skyrocketed.  Denver’s Mayor Michael Hancock blamed marijuana legalization on a violent rampage in the mall last summer.

Where’s the Real Social Justice in a Mind-Destroying Drug?

We question the sincerity of those who promote “social justice” as a reason to legalize marijuana.   What is the “social justice” in promoting a substance that lowers your IQ, weakens memory and directly contributes to the mental illness as a causal factor?   Even without drug testing, using pot makes some people lazy and less likely to get a job or hold onto it.

CADCA (Community Anti-Drug Coalitions of America) has always  encouraged communities to find youth ambassadors who are black or brown, because preventing drug use among minorities was a primary concern.  Impoverished youth–who are often Black or Hispanic – have the most to lose if they use drugs.  Youth who frequently use marijuana are 60 percent more likely to drop out of school and 7x more likely to attempt suicide.

Convincing people that hundreds of thousands of people are in prison for marijuana use is one of the false narratives of the legalization movement.  The Sacramento Bee recently investigated and couldn’t find a single low level marijuana offender in California prisons.

Those who believe in social justice, should look into policies to reduce drug-related crimes and its ugly bedfellow, drug addiction.      Even if the “war on drugs didn’t work,” it’s false to claim legalization and incarceration are the only options.  Those trying to legalize marijuana intentionally scramble the messages so the public confuses decriminalization with legalization.

At the time Chicago decriminalized pot, 87 percent of the time cases were dismissed for those arrested in Chicago for marijuana.

There are plenty of ways to revise and improve criminal justice without harming people, and drug use harms people.  Drug courts and treatment have been criminal justice options for more than 20 years.

Criminal justice experts agree that loosening drug possession laws would have little effect on the total numbers in prison.

The Clearest Motivation of the Marijuana Legalization Ballots

Kevin Sabet, President of Smart Approaches to Marijuana (SAM), said: “An exploitative new industry, reminiscent of Big Tobacco, has hoisted the banner of “Ending the War on Drugs” for an ulterior, but far more straightforward motive—making a lot of money at the expense of public health.   He explains that marijuana legalization ballots are written and advertised entirely for the benefit the industry’s bottom line.

Since legalization, the number of actual marijuana users has increased to 13% of people ages 12 and older.   Thirty percent of those users, or 6 million people have Cannabis Use Disorder.  The business model of increasing addiction and making money off of those who are addicted is working.

Legalization is a scheme of those in the top one percent to enhance their bottom lines.  Many who invested in the California legalization ballot actually hoped to make a whole lot more money from it.   A recent headline claimed that the marijuana industry is a 25 billion dollar opportunity.

Marijuana Policy Project (MPP) promotes a falsehood that marijuana is safer than alcohol, another delusion.  Instead of encouraging less drug use,  MPP, DPA, NORML and the ACLU manipulate opinion.  Financial opportunists connected to these lobbies pretend pot is harmless and that arrest discrepancies will be solved by legalization.  This marijuana industry and drug promotion organizations are devious, not compassionate.