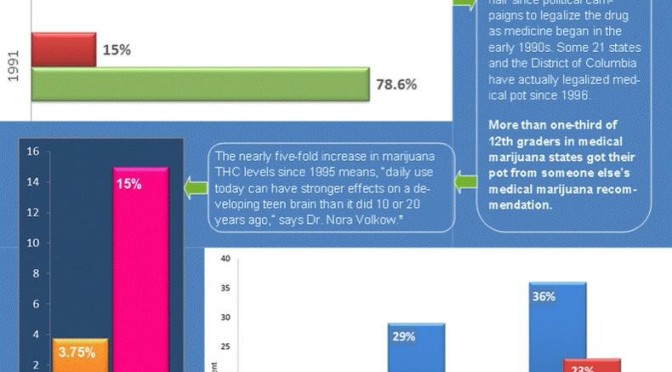 National Families in Action (NFIA) weighs in on the legalization of marijuana with three basic positions:

1) Replace incarceration for low level drug offenders with assessment, treatment for those who are addicted, and education and social services for those who are not.  Children and teens who are caught using are best served by get help, not punishment.

2) Any medical marijuana program should be based on public health models.

3) Recreational marijuana is not a good idea.  If marijuana is legalized the best way to do it and prevent youth usage is to follow the precedent set by Dr. Kessler to regulate tobacco. 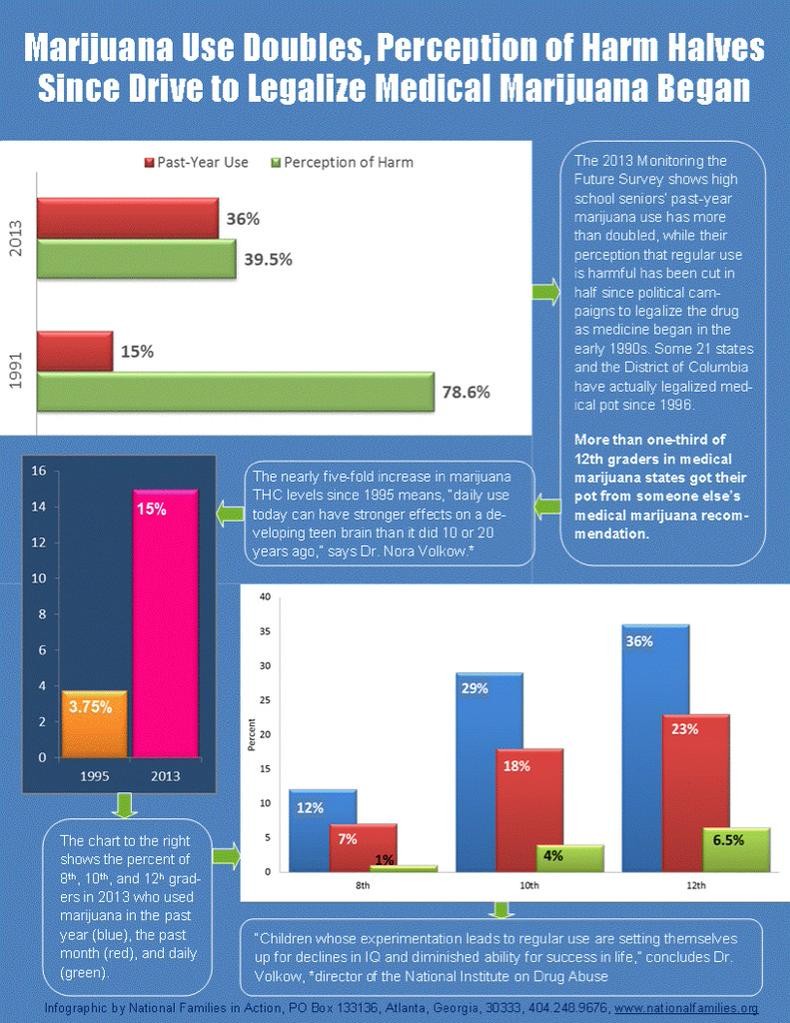 National Families in Action (NFIA) was founded in Atlanta in 1977, to protect children from drugs.   It led a national effort to help parents  prevent the marketing of drugs and drug use to children and helped them form parent groups to protect children’s health.

Today NFIA publishes the weekly Marijuana Report, an update on major news affecting marijuana across the US.  NFIA has worked continuously for many years.    Tobacco and alcohol cause enough problems in the US and it’s unwise to add a third addictive drug. 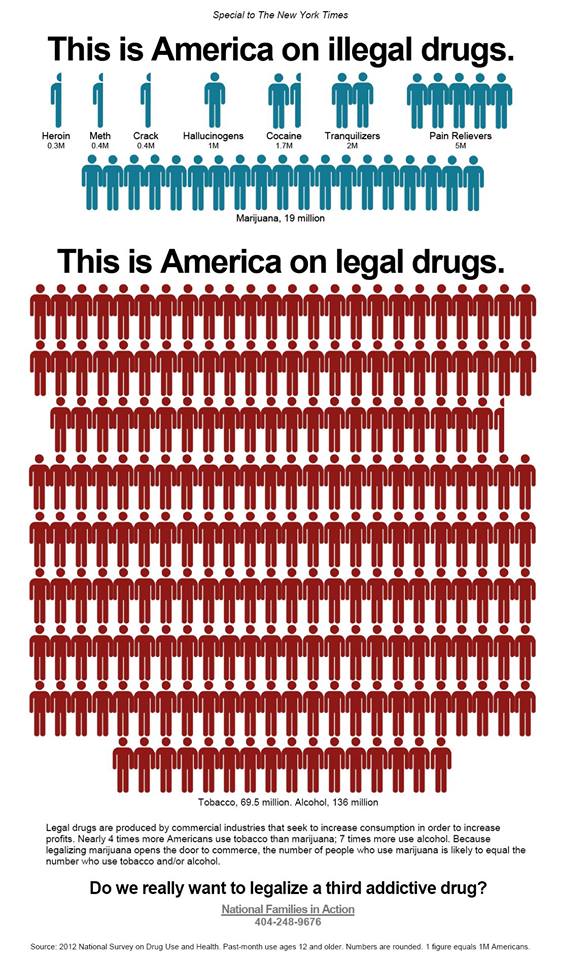 Since National Families in Action has been studying Colorado, what has been found?  The more medical marijuana dispensaries, the more adolescent marijuana use.

“In 2013, Colorado initiated the Colorado Healthy Kids Survey of some 40,000 middle-school and high-school students. It divided the state into 21 regions, releasing statewide data in September 2014 but regional data quite a bit later.

“Nationwide press coverage proclaimed that one year after full legalization, Colorado high school students’ marijauna use (36.9%) was lower than the national average (40.7%). But that wasn’t the whole story, illustrated (by the graphic linked above). Use is considerably higher than the national average in some regions, considerably lower in others. Why?

“There are nearly twice as many dispensaries in regions where use is higher, and that’s before recreational pot shops opened for business. In the past, we have shown that states with the highest youth marijuana usage also have the highest usage of opiate, heroin and cocaine abuse.   It also tends to happen in states where “medical” marijuana is legal.

What will the 2015 Colorado Healthy Kids Survey show?”    Thankfully, a few non-profits have been formed in order to educate and prevent marijuana from getting into the hands of children. Smart Colorado and Parents for a Healthy Colorado have stepped up the plate and are trying to fill a gap in substance abuse education.  Project SAM is very active in Colorado, also.

In Oregon, Clear Alliance has formed and is working to educate in anticipation of a of that state’s legalization that begins July 1.

National Families in Action co-founded the Addiction Studies Program for Journalists with Wake Forest University School of Medicine in 1999.    With demonstration grants from the Center for Substance Abuse Prevention in the 1990s, the organization worked with families in inner-city Atlanta public housing communities to help parents protect their children from the crack epidemic and to help parents and teachers conduct an after-school program, Club HERO, for sixth-grade students at a large, inner- city middle school.