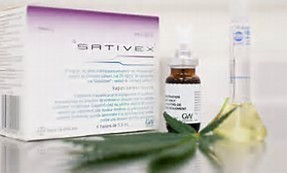 The medical marijuana advocates have intentionally confused the public about medical marijuana research at this time. Cannabidiol has been isolated by a company in Great Britain and is being fast-tracked for approval by the Food and Drug Administration (FDA). END_OF_DOCUMENT_TOKEN_TO_BE_REPLACED 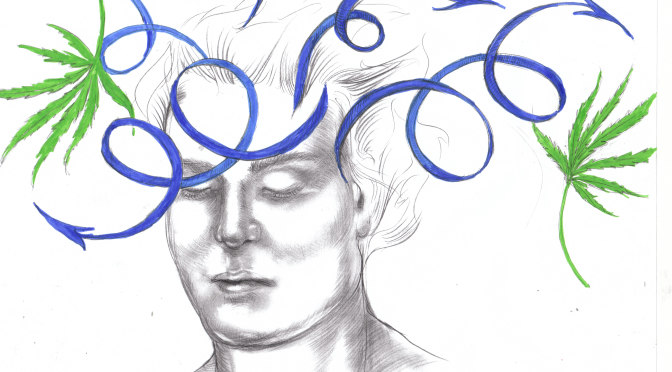 Part 1, Part 2 and Part 3 by Anonymous.  Permission required to reprint.

Everyone young and old gravitated to my son….always. For a young man who was such a happy-go-lucky personality, so charismatic, death came shockingly, seven months after the second psychiatric hospital in Pasadena had dumped him.  After 34 months, just recently I finished making Ryan’s marker so his ashes can be placed in the urn soon. I just couldn’t do it before now.

Despite coming out of a second “episode” of psychosis, some of Ryan’s friends  pulled away.  He lost his job as a Certified Residential Electrician and his wife didn’t return. Thankfully Ryan never showed violence towards any of us. It’s not to say there weren’t scary times during his two “episodes” that lasted about 10 weeks .

With the blessings from two psychologists working with our family, Ryan moved to our family cabin, near Yosemite, after staying with us for three months. The place that had been special to him from childhood. He begged us to let him move there “to start anew,” after all the adversity had hit him. Ryan brought his beloved dog and had access to our ski boat which he loved. He learned to kayak there:-)

The Cabin in Yosemite

We stipulated that he must join AA, have healthy habits and stay in touch with the psychologist. My husband drove up 5 hours each way almost every weekend, so Ryan wouldn’t be alone. We were with Ryan on New Year’s weekend, 2011, as I did not want him to be alone on his first New Years without his wife and all their friends. We played 2 1/2 hours of Ford Monopoly by flashlight in our cabin when the electricity went out. It was like old times, when the boys were little and we played board games each summer at our cabin. When the lights went on just after midnight, New Year’s (2012) my husband took a picture of me and Ryan playing this game. His cute smile had returned! We left on New Year’s Day with Ryan waving to us. I told my husband what a great year, 2012, was going to be. Our son was back, and we were so blessed.

Ed was not able to drive to the cabin that first weekend in January. I asked Ryan to drive home that weekend since I didn’t want him alone for so many days. He said “no.” Since we had just seen him, I wasn’t overly concerned. Ryan had been living there since August. But on Friday, January 13, 2012, I had the most horrific feeling about 10:00 a.m. — a feeling I’ve never had in my life before. Ryan had known his father was coming for a visit that night. I tried calling him, but no response. I texted and called again, still no response. Ryan would always return my calls or text me, “I am here in AA- will call when my meeting is over.”

I left work and told my husband I’d drive up ahead, but he joined me on route. It was a long 5 hours to get there, but every hour our son did not call I knew. Ryan left a note to “DAD”on the outside of the cabin. The lights were off as we entered the cabin. Ed was reading the “good-bye note” when I ran downstairs to find my boy.  Nothing in life can prepare a parent for finding their own child’s body. The consequences of suicide are not just that one person is dead; it’s a tragedy of epic proportions for the people left behind.

Our family prides itself having long lifespans. My parents are thriving in their late 80s; Ed’s parents lived into their 80s, but my father-in-law was facing a terminal health condition in 1999 and tragically took his life. We have such longevity in the family, so Ryan’s youthful suicide just doesn’t make sense. I will always believe marijuana started his life unraveling. His first episode was in Oct ’09 and his second episode was May ’11. There was a total of 27 months from start until his unfathomable death at age 25 years old.

The toxicology report was negative (-) for THC upon his death. He had stayed away from marijuana for seven months, as he told us. Ryan never touched any substance again, and stayed in AA, as he told us. There were NO signs of psychosis again. I’ve read that the highest point of suicide risk for cannabis cessation is 6 months from cessation. Ryan was 7 months from cessation when he died.

The Role of Pot in Replacing Anandamide

Brain anatomy is altered by marijuana use and cessation of use.  No way my son would have taken his life without the chemical alteration to his brain.

Marijuana and any drug usage skews brain chemistry and messes with the neurotransmitters (substances that allow various functions between the brain and body turned on and off).  Anandamide is the endogenous cannabinoid neurotransmitter.  Over time with marijuana use, THC displaces anandamide, and the body may not start producing it again for weeks to many months after quitting marijuana.  Irritability, anxiety, depression, nervousness, restlessness, insomnia and and suicide are symptoms of marijuana withdrawal.

Other neurotransmitters could be involved, too, and I hope experts in time come to explain why young people who use marijuana are so much likely to commit suicide.  The chemical imbalance Ryan had acquired was compounded by losing his job, his wife and friends. Had he not stayed isolated and supported himself with exercise and massage therapy, as he did before moving to the cabin, would he have gotten past whatever feelings he wrestled with at the end?

Were we wrong to not want him on an anti-depressant, after the anti-psychotics has such horrible effects?  Ryan was too phobic of taking any medication again after the massive drugging he received twice during each hospitalization.

I absolutely believe knowing what I know now but didn’t then, I could have saved my son. For every person informed of the knowledge that marijuana can cause psychosis, I will consider Ryan’s life not taken in vain. Ryan’s good-bye note indicates he realized the consequences of using pot.

Sadly, anyone in the throes of a severe emotional crisis, like psychosis, is considered mentally ill, versus someone in the throes of a heroin crisis who is physiologically ill and needs addiction drug rehab. Psych hospitals and psychiatrists need to acknowledge to patients and families that psychosis is often temporary, while addiction programs need to warn/educate about psychosis that comes with substance abuse.

I hold today’s “skunk” cannabis responsible for what it did to Ryan’s mind, but I hold the mental health industry responsible for their ignorance and callous lack of regard for human beings who come into their system. 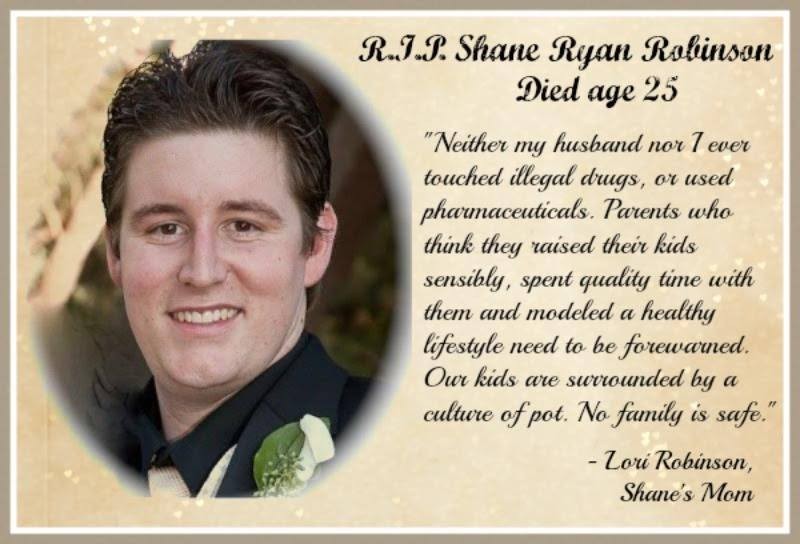 I’m moving to make peace that Ryan (Shane) lived life to his fullest for the short time he was with us (minus the two episodes). That’s how I’m trying to direct my thinking while trying to spare other families this kind of epic tragedy.   (In Part 5, and in the Postscript, the author explains how she has armed others with the knowledge to prevent more cannabis casualties.)