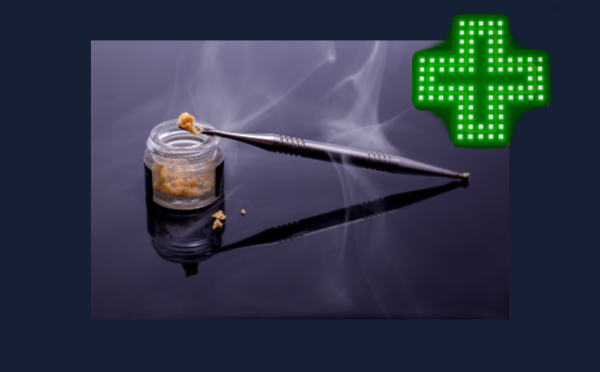 Our Corporation’s buds were harsh and unappealing. Plus, I had seen the mold on marijuana buds in both the cultivation center and in the dispensary.  When the Colorado ex-CEO, now a “consultant,” announced that the dispensary would be selling high potency THC concentrates, I immediately switched exclusively to concentrates. People call the concentrates wax, shatter, BHO or dabs.  A little dab went a long way.   Dabs promised to be a far “cleaner” product, and they were a “a more ‘medicinal’ way to medicate.”

I’m embarrassed to admit that I believed it would be a much safer and palatable way to ingest my Corporation’s marijuana. So gullible was I!   I believed what our “Consultant” said and did not conduct any online research whatsoever.

I bought one of the dispensary’s side-car dab rigs, a butane torch, and shatter testing at over 94% THC.  Though I had consumed our dispensary’s high THC flower, doing a dab was a sensation that I had never attained with marijuana before in my entire life, or from any drug for that matter, including cocaine.  It was extremely powerful.  The phrase is “a little dab will do you,” but that’s not the mindset when one is consuming a drug that instantaneously floods your dopamine receptors in split-second, napalm upon the brain. 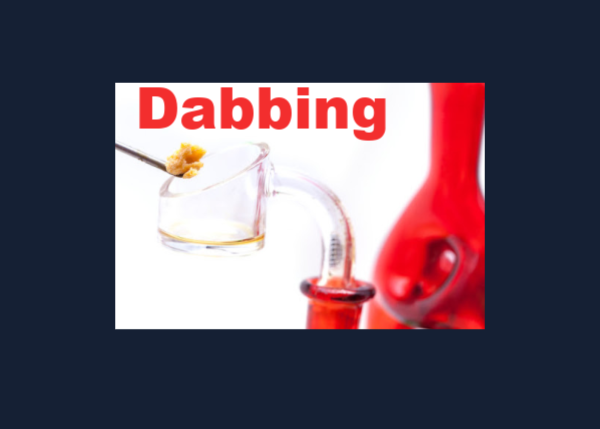 How a little dab works

A little dab won’t do you.  In fact “a little dab” is quite addicting and it will do you in.

I became a great fan of high potency THC concentrates and recommended them, especially if patients told me that the flower was harsh or causing adverse effects.  To this day, I feel such guilt and shame for having sold concentrates to individuals under 18 years old.  They would come in with their parents or guardians, who would have to calm them down at my counter. I should have realized from how overexcited they became at the prospects of getting more wax or shatter, that something was wrong.

What I did may have been legal, but that didn’t make it right. I was promoting addiction.  (Read previous poppot articles about dabbing,) 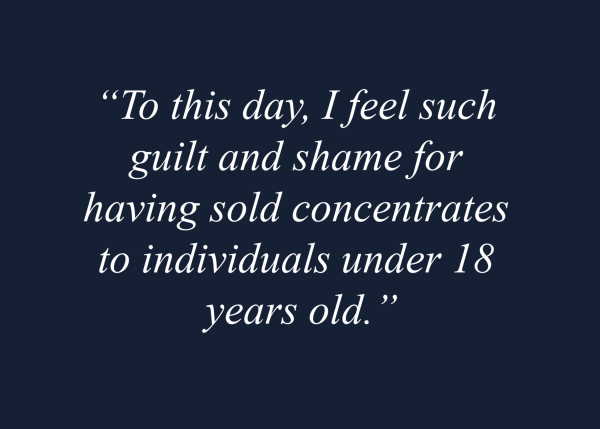 We have always been told marijuana should have a calming, peaceful, happy effect on people.  However, my patients and co-workers were describing being ill, they were looking unhappy and angry.  I noticed that patients who consumed dabs would be prone to IED (Intermittent Explosive Disorder) outbursts in the dispensary.  As for me, as my concentrate usage continued and escalated, my physical and mental health declined.

My physical symptoms worsened to nausea, abdominal bloating, pain in my abdomen and GI tract and urinary incontinence.  I started to experience extremely painful spasms in my calves, up to 10 times a night.  Then came the onset of constant electrical sensation and twitches in my calves. Though these symptoms were alarming, I thought that they were due to dehydration and pre-menopause and would subside.

Getting into a dark place before the light

I could perceive that my psyche had changed in a very bad way.  I was no longer desiring to do activities that once provided pleasure and joy, such as mountain biking.  My mind was hijacked. I could feel nothing whatsoever unless I was dabbing, doing it more and more but powerless to stop.  My friends detected that something was really wrong with me, later telling me “that dab had a hold of you.” But no one knew how  dark and disturbed my thoughts had become. 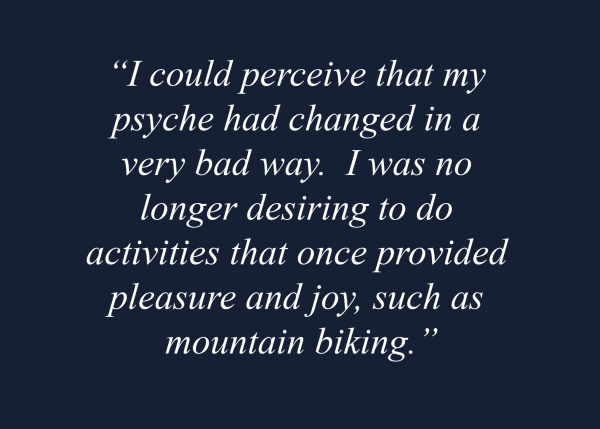 I had started to experience escalating thoughts of committing violent actions.  First I was vividly daydreaming about vandalizing cars, then beating people with a baseball bat, then shooting people with a gun.  After dabbing for 9 months, I felt completely devoid of spirit, truly despising myself and on the brink of suicide.  Non-violent person by nature and a yoga practitioner for 20 years, I would rather end my life than take another.

So close was I to falling off the cliff of sanity.  I was teetering on the precipice of a psychotic break or suicide until that fateful day in the dispensary, when I watched a co-worker.  I saw the look of sheer worry and concern in her eyes when interacting with patients describing adverse effects from products. At long last it woke me up that something was really wrong.   A little dab will never satisfy you, as you want and crave more.  When you dab, you’re incapable of perceiving its great harm upon your body, mind and spirit.

(We have two other testimonies specifically about dabbing, My  16-year-old son died from marijuana  and  Dabbing is addictive.)