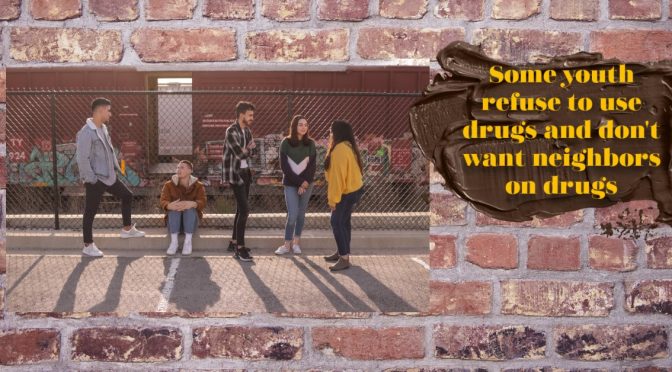 Cook County State’s Attorney Kim Foxx  works on finding ways not to hold people in Chicago accountable for egregious mistakes. Her administration makes it legally acceptable to commit some crimes, including shoplifting and theft of less than $1000. Making drug crimes ok is her latest campaign.

In no way was the police raid on Anjanette Young excusable, and the governmental bodies responsible for the raid are getting their comeuppance.  The Corporation Counsel for the City of Chicago resigned.

Yet mistakes like that one, or the killing of Breonna Taylor in Louisville, do not justify Foxx’s desire to make all drugs legal.  Drug dealing is not a victimless crime (even when the dealer is the state government.  Due to the instability of the drug and the unpredictability of reactions to marijuana, Illinois will probably have some lawsuits now that it is taxing and selling weed).

The huge number of people killed by stoned drivers in Illinois is one way people are victimized by the use of marijuana.  Another way is mass violence.  Pot was the only hallucinogenic substance in Ian David Long when he killed 12  people at the Borderline Bar & Grill two years ago. https://vcdistrictattorney.com/wp-content/upl. Yet some people still claim marijuana use is harmless.

Here are excerpts from an interview with Kim Foxx in the Chicago Sun Times:

“What has been a long concern of mine….is that other drugs that are still illegal, that are still being prosecuted in some of these very neighborhoods that are being devastated by the war on drugs,”  Foxx said.  “And marijuana was but one of the drugs. It wasn’t the totality of the devastation.”

Foxx and others of her opinion don’t seem to understand is that use of drugs ravages the brains of users, and can kill. When drugs make users violent, others die. Or if it makers users self-destructive, they die.  Crimes committed while on drugs are not only for the sake of stealing to pay for the drugs. In Great Britain, Ross Grainger wrote a book, Attacker Smoked Cannabis, which catalogues 500 pages of violent crimes committed by marijuana users over the last 20 years.

No matter how hard people try to make drug use “safe,” drugs don’t work that way.  Drugs kill and deaths by drug use do more harm than Foxx seems to realize.

Does ending “War on Drugs” encourage more drug use?

The United States abandoned the term “War on Drugs” 12 years ago and that we have been treating drug use as a health issue since the 1990s when the first drug courts, emphasizing treatment over incarceration, were introduced.

Parents Opposed to Pot generally doesn’t weigh in on criminal justice, as preventing start of marijuana use is our objective.  However, we’ve written many articles previously about Drug Wars, such as: Legalization Doesn’t End Drug Wars. Even those of us who are against drug use, Preventionists, can get behind shorter sentencing. However, we won’t pretend drug dealing does not cause the extreme mental health harms to others, with hospitalizations.

“I think this is the gateway conversation to deeper conversations around treating addiction as a public health issue and looking at the drug economy that has flourished in these neighborhoods while every other bit of economy has abandoned (them),” Foxx said.

There is truth to the fact that the economy has abandoned many communities of color. Yet not all impoverished children in these communities see drugs and gangs as the only way to make a living.  There are fewer options, but drug dealing ends up with more destruction and victimization others. A better solution is bringing industries into these communities, but not a drug industry.  Some youth in these communities refuse to use drugs, and don’t want neighbors on drugs, either, something Foxx should admit.  Victims of crime have rights, too.

From the Sun Times article, “Foxx framed cannabis legalization a ‘test balloon’ for reexamining the country’s drug laws – and their tool on the communities that have suffered the most. The State’s Attorney hasn’t noticed that legalization is a failed policy in every state that has legalized.  Illinois’ program was introduced for taxes and to help communities of color and bring equity, but it’s not working at all.  The Chicago Sun Times has two recent articles showing that the Illinois program is not bringing racial equity.

One Sun Times article, Chicago’s independent pot shop up in smoke, explains:  “Of the 17 licensed dispensaries in Chicago, there are just a few that aren’t either owned by or partnered with a multi-state pot firm or a company that also grows weed.” Furthermore, communities of color are rising up vehemently against the state for reneging on its social equity promises. Also, read about “The epic failure of Illinois weed backers in Springfield to keep promises on diversity.”  Marijuana legalization is only about introducing more drug use, getting more addicts and making a few players rich…………………..end of discussion.

Kim Foxx let Jussie Smolett of the hook. When we continually tell people that they don’t need to be held accountable for their actions, crime goes up.