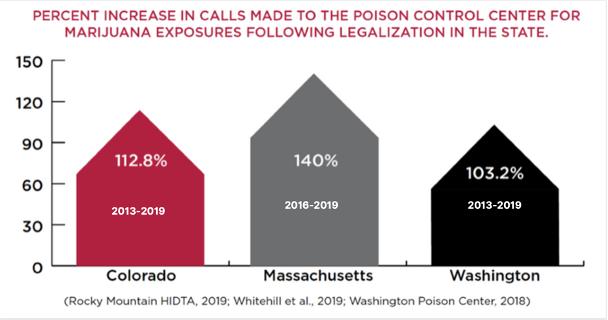 Smart Approaches to Marijuana released its latest report in September 2020. From the various graphs, data and statistics, it is clear that the harmful consequences of marijuana use are more extreme in states that have legalized marijuana. State regulation fails in a number of ways highlighted in the report:

Many big players in the tobacco, pharmaceutical and alcohol industries are buying major stakes in marijuana, hoping to monopolize the industry. These players contribute heavily to politicians and state legalization campaigns.

SAM is a leading educational anti-marijuana organization in the United States.  It emphasizes the middle ground between legalization and incarceration, and it also shows how legalization with commercialization fails.