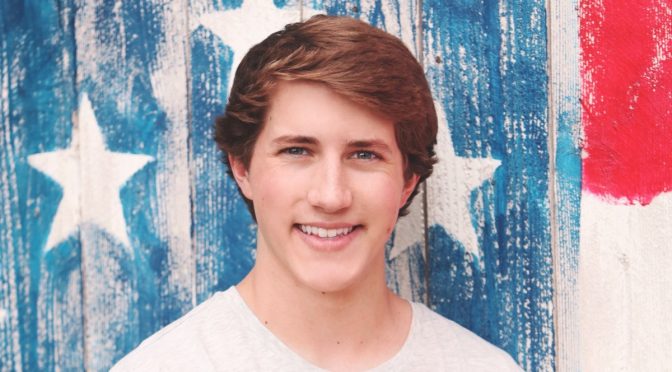 Johnny Stack was born on February 7, 2000 and died by suicide on November 20, 2019 at the age of 19. He was an incredibly intelligent, funny, charming, handsome young man, which you can see in his tribute video. We are a normal suburban family and did normal family things. He had a happy life, a 4.0 GPA with a scholarship to college, and a family who loved him very much. Unfortunately, we live in Colorado, which was the first state to legalize marijuana in 2014, when Johnny was 14 years old.

Three days before he passed, he came over for dinner. He lived in our condo a couple miles down the street and would often pop in for a home-cooked meal. “I need to tell you that you were right,” he says me. “Right about what?” I ask. “Right about the marijuana. You told me weed would hurt my brain, and it’s ruined my mind and my life. You were right all along. I’m sorry, and I love you.” He died by suicide three days later.

Johnny dabbed for years, starting at age 14 or 15. When I said “dabbed” just now, did you know what I meant? Not everyone does. Do you understand the difference between smoking cannabis flower and dabbing high-THC concentrates, such as wax, oil, shatter, or budder (not a typo)? Most of my friends look at me blankly when I say these words and say, “I’ve never even heard about this” or “I have no idea what you’re talking about.” If you don’t know what cannabis concentrates are, and you have children, grandchildren, sisters, brothers, nieces and nephews between the ages of 14 and 24, you are in the right place.

I am NOT talking about those of you who are supporters of legal recreational marijuana for adults over 21 years old—it’s your life—do what you want. I know some people who take it successfully for specific medical purposes, so we aren’t against that. I’m specifically talking about illegal, recreational usage by adolescents under 21, whose brains are still forming.

Well, have you recently studied TODAY’S pot, and have you personally seen its effects on your children like I have?

Why is it so different? First, the tetrahydrocannabinol (THC), a crystalline compound that is the main active ingredient of cannabis that gives the “high,” is extracted out of the cannabis so that it’s nearly pure. THC is the principal psychoactive constituent of cannabis. Then a butane torch is used to heat the crystals (similar to beeswax) or oil in a “rig” (just google it), or a vaping device with a heating element called a dab pen can be used. Forget the “grass” or “papers” that were rolled in the 70s and 80s. The pot we grew up with (10% or less THC content) is HUGELY different than today’s high-concentrate extracts (often 80% THC content or higher).

The brain is still developing through a person’s 20s, and psychotic disorders typically develop in the late teenage years. During brain formation, heavy cannabis use has been shown to have a negative effect on the formation of neural pathways. It can also lead to heavier drug use. While the vast majority of marijuana smokers never experience permanent mental illness, researchers have found that the earlier and heavier someone starts dabbing, the more likely it is that they will develop a disorder at some point (often years later).

The harmful combination of a still-forming mind, high-potency THC products, and a high frequency of use = Cannabis-Induced Psychosis. Yes, that’s a real diagnosis (or High-THC Abuse – Severe). Repeated CIP incidents can trigger schizophrenia or other mental illness, and even when the cannabis is withdrawn, the psychosis doesn’t go away.

This is what happened to my beautiful boy. When he died, the toxicology report showed he had ZERO drugs in his system. His note said the mob was after him, the university was an FBI base, and the whole world knew everything about him. He wasn’t depressed, neglected, drugged, or unloved. He was psychotic, paranoid, and delusional, and he jumped from a 6-story building in his pain. He refused the anti-psychotic drugs that he now needed, because he thought he wasn’t sick (common to schizophrenia).

A formula for today

As parents, grandparents, friends, and counselors, we must first educate ourselves about the dangers of high-THC marijuana. Then we must warn our children when they are young (10-12 years old) and use hyper-vigilance in the early teen years. This is much easier to do before the age of 16 when they can drive, as you can’t lock them up or monitor them 24/7. They need to understand what this is, before “that friend” shows up at a party offering dabs.

I am compelled to help increase awareness about dabbing and prevent more senseless deaths. We welcome your partnership and contributions.

For more information on dabbing, please read some of our other blogs about dabbing:

What is Dabbing and Why Parents Need to Worry

My 16-Year-old son died from marijuana

Johnny’s Ambassadors will hold a fundraising walk on Sunday, September 20, to stop youth dabbing.  During Suicide Prevention Month, the walk will honor of Johnny Stack and all our loved ones gone too soon.

Johnny’s Ambassadors offers a series of free webinars for parents. The next one will be on Friday, July 24, with Jody Belsher, filmmaker, The Other Side of Cannabis. Other speakers include Luke Niforatos, Smart Approaches to Marijuana, Lynn Riemer, Act on Drugs, Debbie Berndt, Parent Movement 2.0.  Anne Moss Rodgers, emotionally naked blog, gave the first webinar.  Recently, Christine Miller, PhD, neuroscientist, who is a scientific advisor to PopPot and many anti-marijuana groups, gave her expertise.