Parents Opposed to Pot enjoys a victory over the marijuana hype now that both major party candidates for the presidency oppose the legalization of marijuana.  Neither former Vice-President Joe Biden nor President Trump support nationwide legalization.

It ‘s a triumph of sorts, since nearly all the presidential candidates who dropped out are on record for supporting nationwide legalization.  We’ll celebrate this fact and other triumphs at the Voices of Truth: A Rally for Victory over Marijuana on October 3.  As a result of the COVID 19, we rescheduled our events from May to October 1 – 3.  People from all over the country will attend the rally, culminating with a march to the Martin Luther King Memorial.

We’ll spend three days advocating for: safer highways; drug-free youth; safe and productive communities, and science-backed policy.   Even lots of youths are coming on board to support us, and other anti-legalization groups will participate.  Those who wish to attend will find more information at voicesoftruthrally.com or by writing outreach@poppot.org.

Pollsters skew the polls in favor of legalization, because they don’t ask voters if they support decriminalization of marijuana, a policy quite different from legalization.  Politicians who support legalization think it’s good gimmick to get the youth vote. 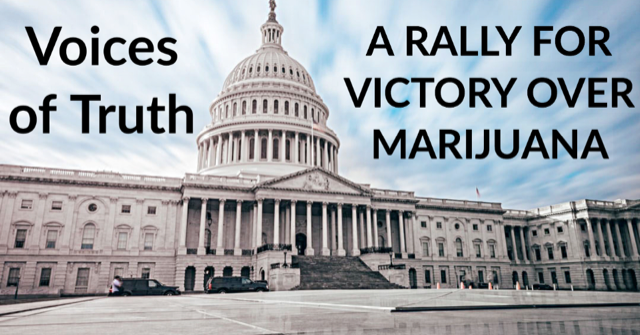 Both the president and Joe Biden support states’ rights for marijuana, despite the widespread failure of this policy.   No politician wants to face the wrath of the marijuana industry, which is brutal.  Although Representative Alexandria Ocasio-Cortez supports legalizing pot, she admits that it’s failed policy in terms of social justice.

Filmmaker Jane Wells, maker of Pot Luck: The Altered State of Colorado, believes Progressives should rethink the legalization of marijuana.

Perhaps, because of the coronavirus and concerns of death from vaping THC, the public will realize how foolish a policy of allowing some states to commercialize marijuana.  Those states break federal law, and lawsuits to change federal law fail again and again.