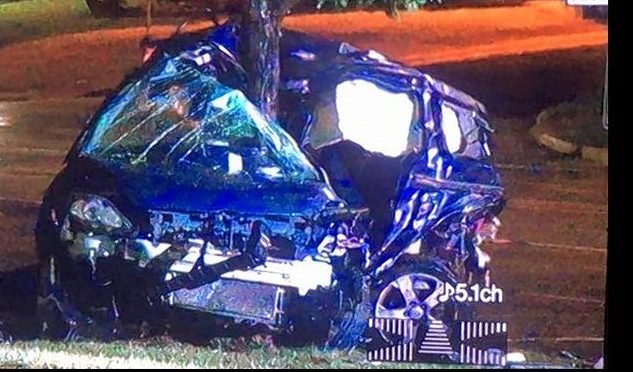 On May 31, the day legislators passed a legalization bill, Erik McKay drove recklessly and killed a passenger, reports the Daily Herald.  “Officers at the scene detected an odor of alcohol in his breath and through the course of investigation they (came to) believe he was potentially involved with marijuana in his system,” according to South Elgin police sergeant Mike Doty said.  McKay was charged with: aggravated driving under the influence in an accident causing death, a Class 2 felony; reckless homicide, a Class 3 felony; and driving under the influence of drugs and alcohol, a Class A misdemeanor.  Amy Carlson, 25, of St. Charles, died.

Injuries and a teen’s death

“Rohrbach had marijuana in his system at the time of the crash, police said. An unspecified amount of marijuana also was found in his car.”   He remains in jail, held on $1 million bail. He pleaded not guilty to reckless homicide and other charges.  A terrible decision to drive under the influence of marijuana ended one teen’s life and drastically changed another teen’s life.

Where are the adults who should be warning against stoned driving the same way we warn against drunk driving?

What’s wrong with the politicians?

Politicians who advocate for marijuana should be held accountable for promoting to young people the false belief that pot is safe.  A few weeks ago, Brandon Harding, 22, of Elgin was allegedly high on pot when he crashed his vehicle, injuring two female passengers. The Daily Herald reported: “The two women had severe lacerations on their foreheads, and Harding, who was not injured, had slurred speech and was ‘stumbling and staggering,’ according to the report. Harding smelled of alcohol and marijuana, but a preliminary breath test showed he had no alcohol in his system, the report said.

“However, Harding showed impairment in field sobriety tests and the officer, who was a certified drug recognition expert, placed Harding under arrest for DUI-drugs, the report said.

On June 22, 2018, Caleb Rallings, 20, a seasonal Cook County Forest Preserve District employee caused a fatal, five-car crash. He had the marijuana in his system at the time of the collision. The crash killed Giuseppe Garzano, 44, and injured two other people.

Presumably the forest preserve district and other government bodies don’t want drugged employees.  Liberty Mutual Insurance Company and Students Against Destructive Decisions conducted a study of 2800 teens in states that have legalized marijuana.

One third of those surveyed thought that driving under the influence of marijuana is legal in states where it’s recreational.  More than 20% of teens reported it’s common among their friends. The study also found that parents’ perceptions were not much different.

Marijuana DUI Crashes from 2018 in Illinois

On August 16, 2018, the speeding driver responsible for a fatal Schaumburg crash spent the day ‘smoking weed,” according to reports.  The other driver, Amando Chavez, a 41-year-old father, was trapped in his vehicle and had to be extricated. He was taken to the hospital, where he was pronounced dead at 10:15 p.m.   Chavez was a father of four young children.

In October, an Alsip man, Dave E. Flynn was charged with reckless homicide and aggravated DUI for a June 26 crash that killed his passenger, a 25-year-old Elgin woman, Maria DeJesus Ayala.

Flynn was arrested in early October.  Lab tests showed he had 6.6 nanograms of active THC per milliliter in his body, authorities said. The legal threshold in Illinois is 5 nanograms of THC.

A Huntley man, Evan Smorovsky was charged with DUI, reckless homicide in fatal crash last year also killed his girlfriend, Amanda Matthiessen, 24. A hospital drug screen was negative for opioids but tested positive for benzodiazepines and THC, according to the police report.  At the time, he had 16.8 nanograms of THC.

Read in this newspaper article about deadly marijuana related auto crashes that happened in California and other states that have legalized marijuana.

Illinois has its own long list of deaths caused by Illinois stoned drivers.  Senator Dick Durbin and many religious leaders in the state urged politicians not to legalize.