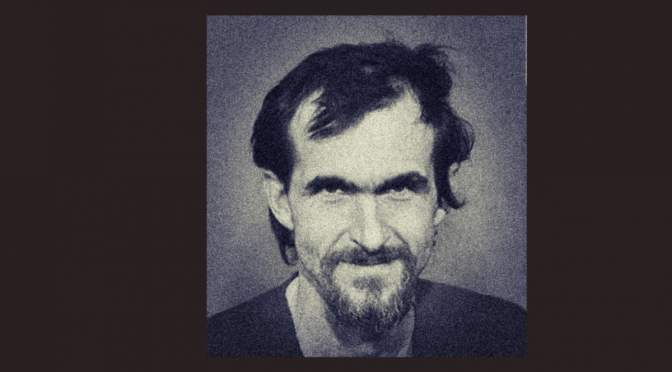 Part 3 of a 3-Part Series Read Part1 and Part 2. This entire story first appeared on the MomsStrong.org website.

After doing some research, I told K he should get psychologically evaluated for social security disability because– if he was mentally ill –he could get benefits and could afford a place to live. I reasoned he would cost the government a lot less by not being in jail or prison.

I looked up all kinds of things about mental illness. We were warned by many people that getting benefits for mental illness was becoming harder and harder, and even the people who really deserved it weren’t getting it. But I was desperate. I was in LA and he was outside in Seattle, where it was cold and wet, living underneath a freeway and completely out of his mind. He needed psychiatric medication. But the law is that, unless he’s harmful to himself or other people, treatment is voluntary. I could not force him into anything. So I had to coax him.

Getting treatment when he didn’t think he needed it

After several common-sense arguments to try to get him to see the doctor—all of which he shot down—I realized that trying to reason with a crazy person was crazy. I finally had to trick him. I told him he could “scam” the government, that his “insanity” would just be a ruse so he could finally get his fair share from The Man. In his delusional mind, this made sense to him.

Months later, he showed up at his appointment with the psychiatrist. His doctor was a woman whom he trusted immediately. He said that he told her things he had never admitted to anyone in his whole life. Like he heard voices. And that he was under surveillance twenty-four hours a day. I never guessed this about him. Ever. Paranoid, I assumed. Out of touch with reality, of course. But his diagnosis of schizophrenia explained his years-long inability to see his own illness.

Anosognosia is essentially when a person doesn’t recognize they are sick. It is seen in stroke victims, persons with Alzheimer’s disease, and is present in some people with schizophrenia and bipolar disorder.

Luckily, he received his SSI benefits and, as I mentioned, continues to receive psychiatric treatment. He moved to California and lived with our mom for a few years.

Living in a sober group home

Currently, he is now in a sober group home where, as I also mentioned, they take good care of him. He goes to dual diagnosis meetings, twelve step meetings, and has made a lot of friends.

While he was living with our mom, I began to find studies and articles that showed a correlation between teen pot use and adult mental illness. I found Moms Strong, The Other Side of Cannabis & Smart Approaches to Marijuana. I was overwhelmed by what I was learning. The studies seemed to describe my brother’s life: from his inability to do well in his studies, to his addiction to pot which transferred seamlessly to cocaine, to his devastating mental illness. I asked K if he wanted to write something to warn other young people from making his same mistakes. He agreed. He said if he ever thought pot would make him go crazy he never would have tried it.

In LA, our growing homeless population is often attributed to high property values and rents (which are absolutely too high in my opinion), but I wonder how many people are homeless due to the scourges of drug abuse? Of the homeless drug addicts, how many of them were smoking pot when they were young? And was pot their first drug of choice?

My brother’s anecdotal observation is that everyone he’s met at Narcotics Anonymous meetings first started with marijuana. We need better warnings for our kids about the huge risks associated with teen marijuana use. There is far too much to lose.  My brother will tell you so.