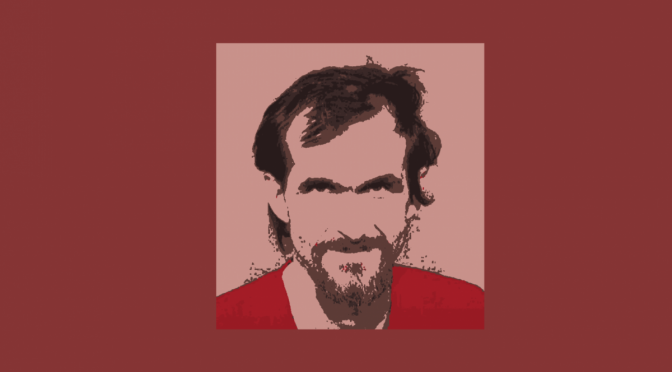 By H. Swan, co-author, A Night in Jail Part 2 of a 3-Part Series. Read Part 1, Originally published on Momsstrong.org

As per the agreement with the intervention, we cut off contact with him. Tough love they call it. We didn’t know what else to do. K’s brain was obviously fried from all the drugs. Surely, he would die doing drugs and we couldn’t be part of it. We couldn’t have our own lives ruined because of his choices.

Looking back, he tells me he didn’t feel like anything was wrong with him. He was just a guy who chose to live the party life. He wasn’t going to be confined by “the nine-to-five job with a wife and kids.” He was born in the 60’s and wanted to live the footloose and fancy-free life.

Several years later, I was married and had a family. He called me from out of the blue. He was in transitional housing in a rehabilitation program, after having been in jail for the eighteenth time. I was the only one in the family with whom he hadn’t burned his bridges. His housing was coming to an end and he needed help getting a phone so he could look for work. My husband and I agreed to help him, as did our dad. After that, K and I spoke on the phone regularly. He seemed to really want to change his life.

As the months passed, and his time in government housing was coming to an end, I was becoming increasingly concerned because he still had no job, no place to live, and no money to get anything. It seemed obvious he would wind up homeless and doing drugs again very soon. Eventually, he’d be sent to prison if not dead somewhere. After much calling around, I managed to find him a job opportunity which would include his own apartment. He got it together, he interviewed and he got the job! What a relief!

Then after 3 months, he walked out of his job and his apartment and went back to living in the blackberry bushes. He called me from underneath the freeway and told me he was glad his old camp was still there. He was obviously high. He told me recently that when he had his first hit of crack after being clean for fourteen months, he laughed and laughed like a maniac. I was so angry with him. How could he throw it all away? Did he not care about the time and effort I put out to help him live a respectable, decent life? What about the rest of the family who was willing to accept him again? Was he the only person who mattered?

It took several months, but after I calmed down, we started talking again. I asked a dear friend of mine whose husband owned a company in the northwest to help K get a job. She generously agreed. Following her instructions, I told K to write out a resume and to be honest about his life and what he wanted to do now that he was out of jail.

K was furious. He screamed: Heidi, I was the CEO of a successful underground drug empire! I see all those men passing by me in their suits carrying briefcases, going into high-rise buildings to work in jobs which are rightfully mine! Mine! And you want me to drive a forklift?

It was the first time I fully understood that his mental impairment went deeper than the immediate effects of drugs and addiction. I called my friend and thanked her for offering to help him. I could not ask anyone to hire him.

Read the conclusion, Part 3, Getting help and breaking the cycle of homelessness.