The driver who rammed into a Texas church tour bus last year had  marijuana and Clonazepam in his system. He drove his pickup truck erratically and killed 13 passengers in the bus. The National Traffic Safety Board (NTSB) report said that both marijuana and the prescription medication are depressants, and could magnify the effects when taken together. 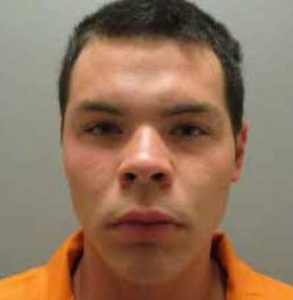 Jack Young, the driver was only 20 years old when he took 13 lives of the members of the First Baptist Church of New Braunfels. He plead no contest last May and now awaits sentencing this November.

Marijuana triggers mental health issues, such as anxiety.  This is why it often leads to users being prescribed pharma drugs to combat anxiety.  PopPot has reported before on the widespread use of medications combined with marijuana. See Teens, College Students Add Xanax to Marijuana.

This story also points out the difficulty of beating marijuana addiction.  A year after the crash, Young was found to have THC in his system , a violation of his pre-trial release. Read: Pickup Truck Driver Violates Pre-Trial Release

Will Marijuana Be Found in Toxicology of the NY Limo Driver?

We are still awaiting the toxicology report on the limo driver who died along with his 17 passengers in upstate New York. Two bystanders also died.  While mechanical failure is suspected, the driver had a history of marijuana use.  If the driver was impaired by THC, cannabis will be implicated in the two largest auto fatality incidents in our nation’s history.

We will update this post when the results come in.

Diane Schuler, the driver who killed 8 in the Taconic State Parkway crash of 2009, was high on marijuana and alcohol.

Marijuana is Not a Victimless Crime

A recent research study finds car crashes are, on average, 6% higher in states where marijuana is legal. See Study Finds Car Crashes are Up in Legal Pot States.

So, don’t let anyone tell you marijuana only hurts the user. The list of marijuana victims continues to grow. If you or someone you love are a victim of marijuana, please contact the Marijuana Victims Alliance.