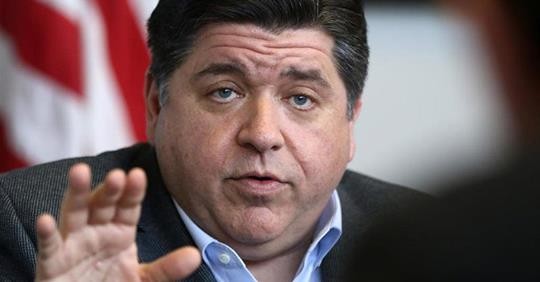 Illinois has budget woes, but legalization of marijuana will bankrupt the state even more.  The relatives of billionaire Pritzker invest in marijuana companies and donate nationwide to legalization campaigns.  Their companies contribute to the politicians in California with its burgeoning marijuana industry.  (See chart below from CALMatters.org)

Imagine how the legalization of marijuana will add to the crime in crime-ridden as Chicago, while auto insurance rates rise 27% as they did in other states.   In Washington State, marijuana figures strongly in the crimes the teens commit against each other.   Amazingly, Pritzker said that marijuana is part of his crime-fighting plan.  “We don’t need more studies on this. We need to act.”

Marijuana has Made Illinois Less Safe

Pritzker wants the youth vote, but he hasn’t noticed how frequently drivers high on THC cause fatal crashes in Illinois.  Amanda Matthiessen, 24, of Huntley, died recently, a victim of her boyfriend driving high on THC.

Amando Chavez, father of 4 from Schaumburg, died in a crash on August  16, 2018.  The driver who killed him allegedly smoked marijuana all day before getting in the car.

On June 22, Caleb Rallings, 20, a seasonal Cook County Forest Preserve District employee caused a fatal, five-car crash. He had the marijuana in his system at the time of the collision, and he killed Giuseppe Garzano, 44.   His actions injured two other people. However, the courts are trying to prevent employers from firing or employees who use marijuana. It’s terrible liability issue for employers.

After decriminalization of marijuana in 2014, the number of traffic deaths involving THC rose from 14% to 19%.

A short search of newspapers reveals stoned drivers caused the crashes that killed many people in Illinois over the past few years. These include:

Is Pritzker Naive, Stupid or Misleading?

Pritzker is either very naive, stupid or deliberately misleading.  In January, he tweeted, “In the name of criminal justice reform, consumer safety, and increased state revenue, Illinois needs a governor who is ready to legalize marijuana in our state.”   Consumer safety is a joke, since marijuana is inherently unsafe.   Washington State Poison Control reports 82 marijuana poisonings of children 5 and under last year!!!

Any state that legalizes marijuana has new problems that can’t be covered in the budget, even if it raises new tax money.  The tax money will not cover the cost of butane hash oil fires, traffic deaths, mental health problems and hospitalizations, violence, child abuse and homelessness that results.

Pritzker’s plan will bankrupt the state even more.